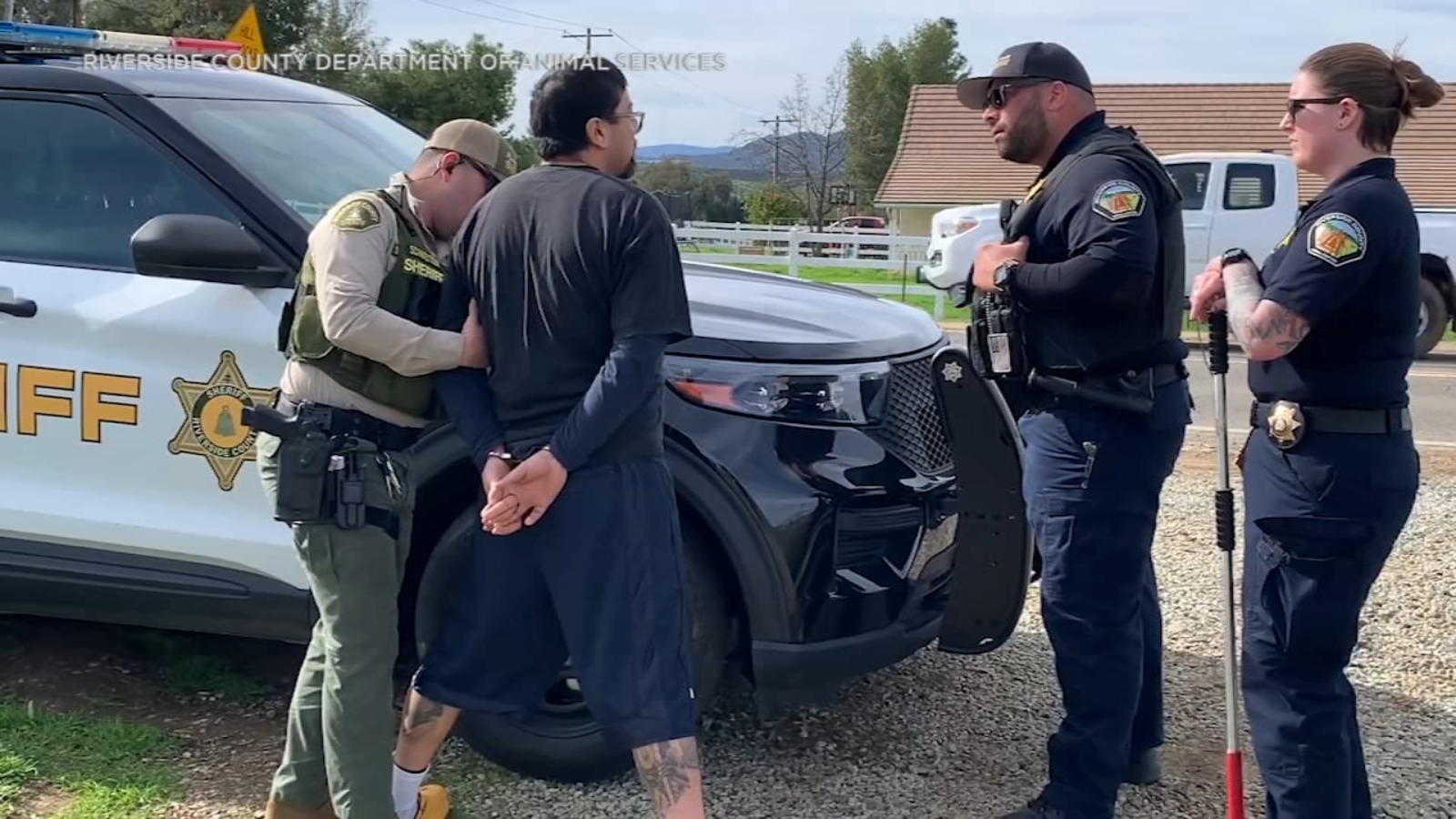 RIVERSIDE, Calif. (KABC)– A Riverside County man was arrested Thursday in connection with a disturbing case of animal cruelty captured on surveillance video.

Robert Ruiz Jr., 30, is suspected of throwing his dog over a six-foot-tall barbed wire fence, according to the Riverside County Department of Animal Services.

The incident happened on December 15 in the Winchester area near Pourroy Road and Flossie Way.

Surveillance footage shows a man picking up a dog and throwing it over a fence surrounding a cell phone tower. The dog gets caught on the barbed wire at the top of the fence as it falls to the other side. He then turns to watch as his owner just walks away.

“The dog’s hind paws clip the barbed wire as it tumbles into a hard landing on the dirt,” the Animal Welfare Service said in a press release. “This act is why Animal Services is investigating animal cruelty.”

The dog, an 8-year-old pit bull mix named Ken, was adopted just a day after video of the heartbreaking abuse was released.

Ruiz was taken to the Southwest Justice Center in the French Valley and charged on suspicion of animal cruelty and a misdemeanor charge of intentionally abandoning the dog.

RELATED: Dog adopted after being thrown over barbed wire in Riverside County

“We were all very disturbed to see such a careless act being committed against an innocent animal,” said Erin Gettis, director of Riverside County Animal Services. “This incident was very shocking.”

The suspect was arrested at his home in Block 33000 of Leon Road in Winchester just before 1pm.

A 1-year-old female pit bull mix believed to be owned by Ruiz has been found and confiscated by animal services. The dog was taken to the county’s San Jacinto Valley Animal Campus.

According to Riverside County Animal Services, authorities are trying to locate a second dog that Ruiz is suspected of abandoning.