Artemis 1: Most powerful rocket in history takes off for the moon 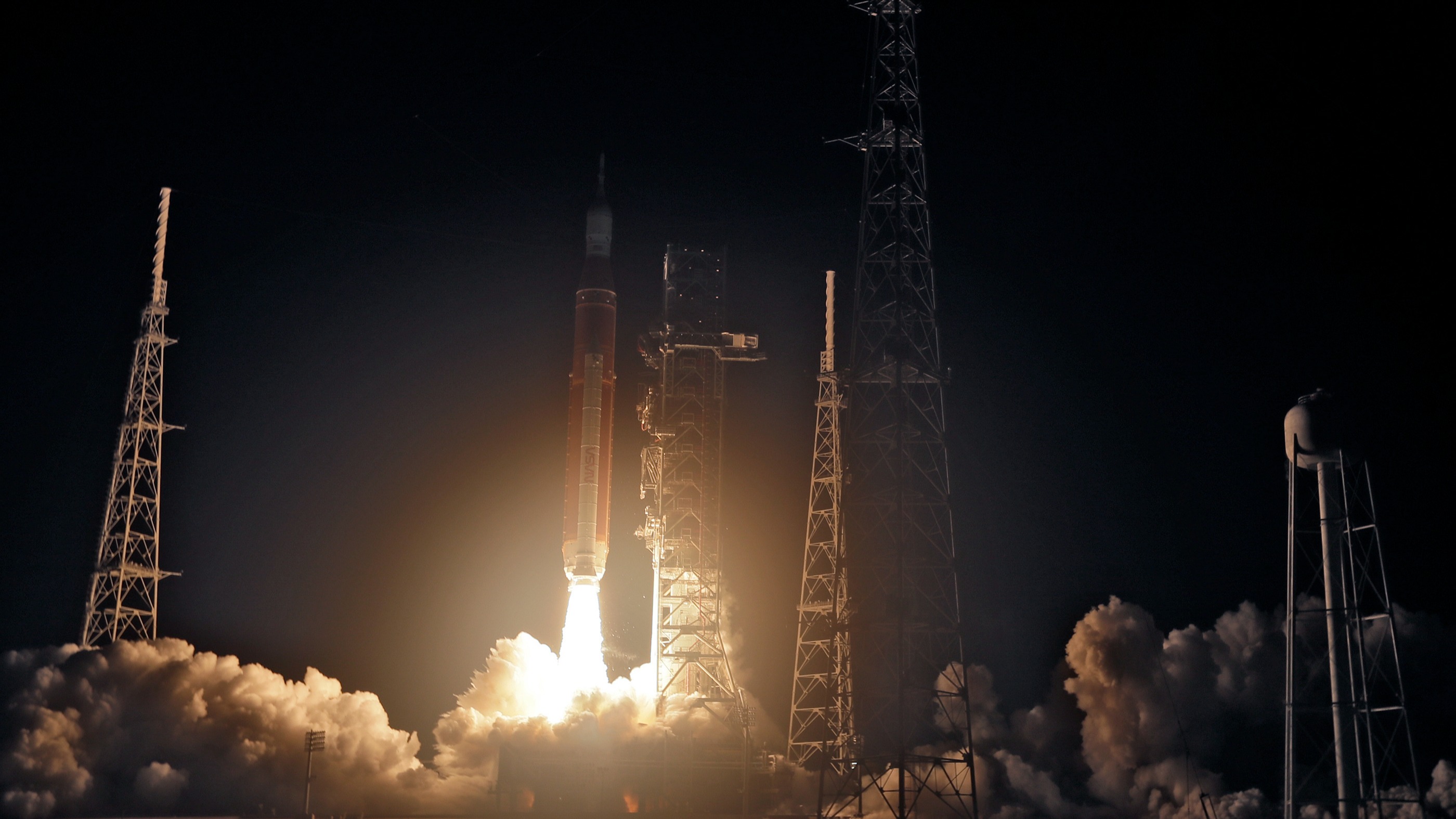 Artemis 1, NASA’s new moon rocket, took off on its maiden flight on Wednesday with three test dummies on board.

The space mission brings the US one step closer to returning astronauts to the lunar surface for the first time since the Apollo program ended 50 years ago.

If all goes well during the three-week flight, the rocket will propel an empty crew capsule into a wide orbit around the moon.

The capsule will then return to Earth in December with a splashdown in the Pacific Ocean.

After years of delays and billions of dollars in cost overruns, the Space Launch System rocket roared into the sky, rising from Kennedy Space Center at 8.8 million pounds of thrust and hitting 100 miles per hour in seconds. The Orion capsule sat enthroned at the top, ready to lift off from Earth orbit towards the moon after just under two hours of flight.

Watch the moment Artemis 1 lifted off from Kennedy Space Center.

The moonshot follows nearly three months of fuel leaks that bounced the rocket between its hangar and the pad.

The rocket, which was forced back inside by Hurricane Ian in late September, held its own outside as Nicole came through with gusts of more than 80mph last week.

Although the wind peeled off a 10-foot weatherstrip high up near the capsule, managers gave the go-ahead for launch.

NASA expected 15,000 to line the launch site, with thousands more lining the beaches and roads outside to witness NASA’s long-awaited follow-up to Project Apollo, as 12 astronauts walked the moon from 1969 to 1972.

Crowds also gathered outside the NASA centers in Houston and Huntsville, Alabama, to watch the spectacle on giant screens.

Cheers accompanied the rocket as it sped toward space on a vast trail of flames, with a bright crescent moon glowing and buildings shaking as if struck by a great earthquake.

“For the Artemis generation, this is for you,” exclaimed launch director Charlie Blackwell-Thompson, referring to anyone born after Apollo.

The launch marked the beginning of NASA’s Artemis lunar exploration program, named for Apollo’s mythological twin sister. The space agency aims to send four astronauts around the moon on the next flight in 2024 and land people there as early as 2025.

“You’ve earned your place in history,” Blackwell-Thompson told her team after the start.

“You’re part of a first. Doesn’t happen very often. Once in a career maybe. But we’re all part of something incredibly special: the first launch of Artemis. The first step in bringing our country back to the moon and on to Mars.”

The 322-foot SLS is the most powerful rocket ever built by NASA, with more thrust than either the space shuttle or the mighty Saturn V that carried humans to the moon.

A new leak erupted at a new location during Tuesday night’s refueling, but an emergency response team managed to tighten the failed valve to the panel. Then a US Space Force radar station failed, causing another mess, this time to replace an Ethernet switch.

Orion should reach the moon, more than 230,000 miles from Earth, by Monday. After approaching within 80 miles of the Moon, the capsule will enter a distant orbit that will extend beyond about 40,000 miles.

The space agency intends to push the spacecraft to its limits and uncover any problems before astronauts buckle up. The mannequins — NASA calls them moonequins — are equipped with sensors to measure things like vibration, acceleration, and cosmic rays.