Arielle Jean Jackson: Flight attendant hospitalized in the southwest after being attacked 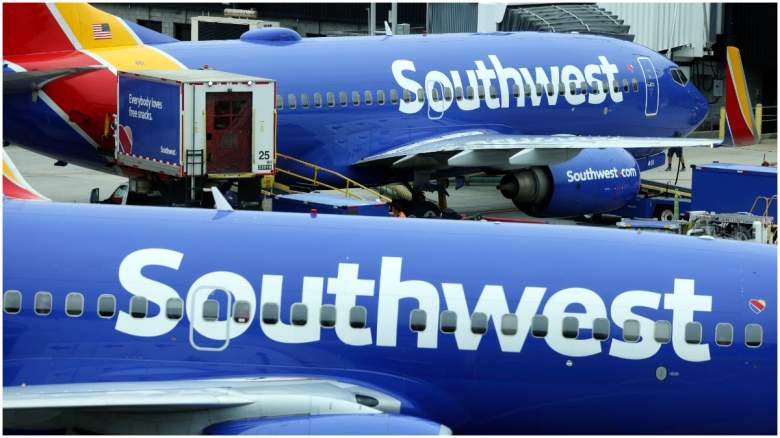 Arielle Jean Jackson is the woman accused of the attack in Dallas, Texas in which a flight attendant was hospitalized from the southwest.

The Dallas police have released Jackson’s name as a suspected attacker, according to Fox Business. Heavy contacted the Dallas Police Department for more details. It does not appear that this incident was recorded on video.

Online prison records (above) confirmed Jackson was in Dallas Jail on November 14, 2021 but did not provide a booking photo.

The incident was violent, according to Fox. Jackson “got on the plane and went straight to the rear,” where she had a “verbal argument with a flight attendant who instructed the suspect to get off the plane,” police told Fox News.

Police told Fox that they believe Jackson “went to the front of the plane where she had another verbal argument with another flight attendant” and then started “slapping her head with a closed fist.”

The flight was from Dallas Love Field to New York City and happened as passengers boarded the plane, Fox reported. Heavy also reached out to Southwest Airlines for comment.

According to NBC News, the agent’s victim has been hospitalized and is in stable condition. Jackson was arrested and could face aggravated assault charges, according to NBC.

“We have a ward manager with her at the hospital with the full support of her Southwest Family who sends our thoughts, prayers and love,” an airline spokesman said in an email to NBC News. “Southwest Airlines has a zero tolerance policy for any form of harassment or assault and is fully committed to helping our staff work with local authorities on this unacceptable incident.”

There were other incidents on Southwest planes. Vyvianna Quinonez was previously charged in federal court of attacking a Southwest Airlines flight attendant so violently that her teeth were broken. There were also mask disputes.

Attacks on flight attendants are increasing, according to NBC 7 San Diego.

“Unfortunately, this is just one of many incidents,” said Lyn Montgomery, 556 local president of the Transport Workers Union, the television network.

There were 477 incidents of misconduct by passengers on Southwest aircraft between April 8 and May 15, 2021 alone, Montgomery told NBC 7.

“The passenger repeatedly ignored the usual flight instructions and was verbally and physically abusive when landing,” said the airline’s spokesman, Chris Mainz, the television station.