are you british Maybe you have a drinking problem 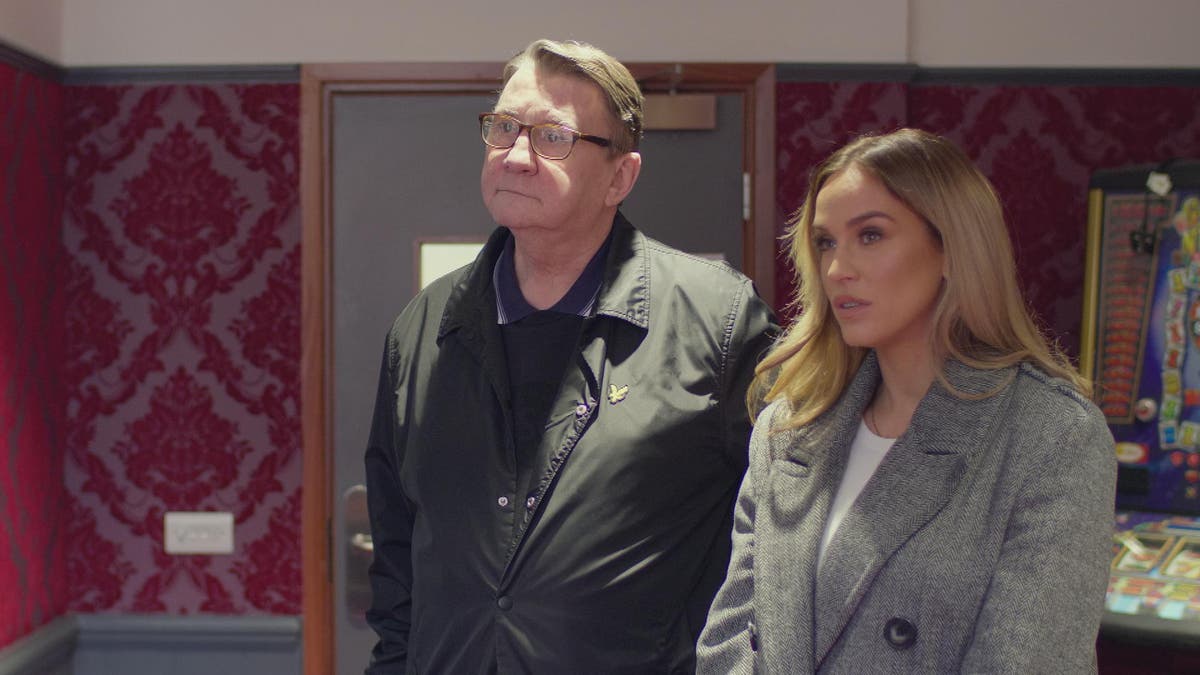 Listening to former reality TV star Vicky Pattison describe her ‘unhealthy’ relationship with alcohol in new documentary –Vicky Pattison: Alcohol, dad and me – is aptly sobering. Why? Because if we are completely honest with ourselves, we can all identify with ourselves. We’re Brits, see: we have a national drink problem. And we need to seriously rethink our relationship with alcohol.

Take a long, hard look at yourself (if you do drink) and ask honestly whether your relationship with alcohol is healthy. If it’s always – and only – in moderation, I’d wager most of us have had a time when our relationship with alcohol has been reckless. Maybe in lockdown (hands up who drank daily gin and tonic sundowners?) or growing up (our formative years drenched in vodka and pineapple Bacardi Breezers).

In 2019, a global drug survey found Britons were more likely to get drunk than anyone else in the world, with people saying they got drunk once a week on average for the past year. Deaths from alcoholic liver disease rose 21 per cent during the pandemic and deaths directly from alcohol in the UK hit a new high in 2020 after recording the largest year-on-year increase on record.

I can tell far too many “funny” Malibu-scented stories from my youth – starting with my very first experience of drinking at a house party after a few cans of Super Strongbow cider, where I threw up over my boyfriend’s parents’ brand of new living room carpet (I have even wrote a poem about it); to the Grand Tequila Incident of 2016. Not long ago, no. And yes, at 41 I’m certainly old enough to know better.

But when I think about how we are viewed by others – the reputation we Brits have earned abroad (and I think fully justified) it becomes together fewer funny.

I lived in Tokyo for a number of years in my early 20’s and it quickly became a legend that when EFL teachers like me (most of us ex-pats from the UK, Australia, New Zealand and Canada) went out after work, we did had to choose a new bar every time – because we got banned from every place we went for drinking too much.

To be perfectly honest, it was embarrassing to see the Japanese bar staff’s shaky smiles, sideways glances (although they were never anything but polite) as a group of “gaijin” (foreigners) stomped in, boorishly thirsty for work. At karaoke bars we would happily hit the button, ordering three drinks each instead of one – not wanting to risk downing it only to have to order again and wait. They wanted to drink as much as possible quickly as you could. And finally, predictably, we stopped being welcome. We weren’t allowed to take advantage of the 2000 yen (£10) “All you can drink, all you can sing” offers because – frankly – we abused the offer. And it was the Brits who were particularly boisterous.

I cringe when I see groups of British deer and hens at the airport or on beaches in some beautiful European location; sneering at the ubiquitous “wayhey!” To sing; find myself snobbishly disdainful of the homogenous mass of sunburned faces and greasy kebab-smeared smiles. I’m reacting this way – maybe because I’m painfully aware that I was one of them and probably will be again.

It also starts early. Just think what we pick up unconsciously growing up: the message that pubs are – by and large – for Friday night drinking, Not Eat (unless you count a bag of roast pork and a packet of scampi fries, quintessentially British delicacies if there ever were any).

Like many of us, I started going to my favorite bar way too early – at 15. It was across the street from school and the teachers (who knew perfectly well how young we were) were drinking with us there. Occasionally there would be a police raid and Stuart the landlord would throw us all out the back door to go home or to hide next to the cockle truck that sat in the parking lot for late night hungry drinkers (that hallmark of an East end upbringing).

I also had a ‘typical’ British university experience: if ‘typical’ means I went to different ‘theme’ nights five times a week (Wednesday – ‘Jive Hive’, popular with the rugby boys, was the worst). There were £1-a-pint nights when we had to carry friends on our shoulders across the railway bridge home to our shared dorm, comatose after barely spending a fiver; and 99p recordings in the city’s bars.

If there are anecdotes, my university experience was certainly not unique. Our collective memories are… well, a large chunk of many nights on the tiles is missing; Memory loss is the ubiquitous consequence of a “BNO” (Big Night Out).

Maybe it’s different for students now, but when I meet up with my old college buddies, we swap stories and laugh half-embarrassed, half-horrified at the many stupid things we’ve done. The “tactical” vomit in the toilets early in the evening so we can drink more; the oversized Lambrini bottles sold at the corner shop for £2.99 which we’d try drinking in one. “Pre-Loading” – where we would meet at someone’s house or apartment and drink enough to get high, enough to enable us to go out without coats even in winter, enough to make us dizzy and excited feel and stumble in front of us had even made it into town.

And no, we might not get completely wiped out every Saturday night, now we’re officially “old” and taking care of young kids, but we still have our moments. On a recent trip abroad for my birthday, me and three friends stayed out drinking – and dancing – until 4am. We even ended up at the local Italian McDonald’s; waking up with sore and happy heads, grateful that this type of hangover is now a rarity rather than a routine.

Pattison says right at the beginning of her brave documentary, which explores her relationship to both alcohol and her alcoholic father, John, “Three or four drinks and I’m social and having fun and I can function the next day.”

“But more than that and I don’t know when to stop. I don’t think I’m an alcoholic, but I do think I have a problem with alcohol.”

Amen. I think we can all relate to that if we’re being completely honest. The question is what do we do about it?