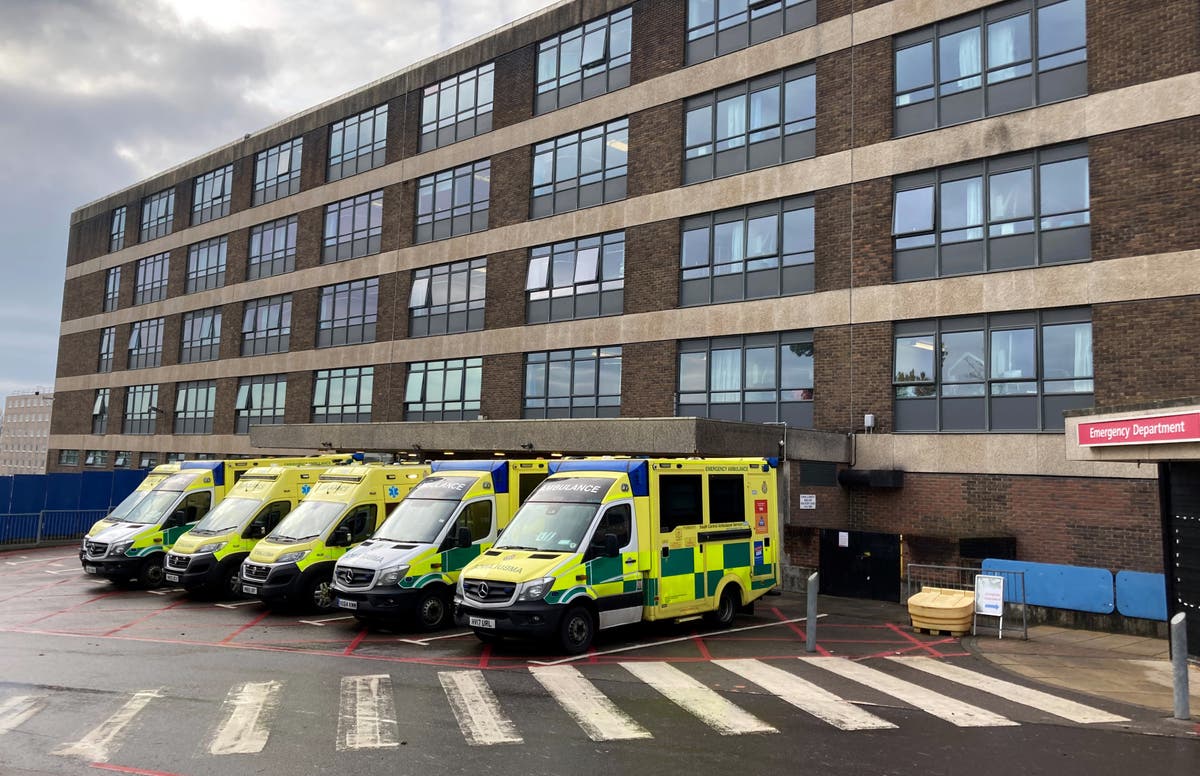 Ambulance workers are “overwhelmed” by the pressure they face and suffer stress when they finish their shift, according to a new report.

Unison said his research found that emotional breakdowns, trouble sleeping, mood swings and use of antidepressants were among the issues reported by staff who have been dealing with “unprecedented” demand for months.

The union said staff shortages, a lack of capacity in hospitals due to Covid and long-term underfunding had all contributed to “major problems” in recent months.

Three in four of more than 1,100 staff surveyed in various ambulance roles across the UK said stress and pressure in their services had increased since the days before Covid

Over half said they felt “overwhelmed” by their work, and a similar proportion struggled to cope with the demands of their job.

Of those ambulance workers who reported feeling stressed, three in five expressed concern that ambulances are taking too long to reach people in distress.​

More than half said lengthy handovers outside of hospitals put patients’ lives at risk.

Sara Gorton, Head of Health at Unison, said: “Staff are desperate to provide patients with the best possible care but the system is creaking at the seams.

“The increasing demands on already busy services are taking a terrible toll on ambulance workers and their mental health as they work under tremendous pressure in understaffed teams.

“Ambulance staff, like so many in the NHS, cannot just leave their stress at the door when they get home. This has a huge impact on their well-being and their families.

“Ministers cannot stand idly by as demand for 999 services soars, ambulance queues at hospitals lengthen, burnout attacks are rampant and staff at their wits end decide enough is enough.

“It’s time the government dig deep to fund a generous pay rise that will ensure experienced staff don’t quit and invest in the long-term future of a service on their knees.”

Comments from ambulance workers who took part in the survey included:

– “I dread coming into work and spending time sitting in the ‘parking lot’ in front of my emergency room.”

– “I have chronic anxiety and stress before I put on my uniform and go to work physically. This can happen days before a shift change.”

– “My family feels like they never see me, and when they do I’m too exhausted mentally and physically to enjoy my time with them.”

A Department for Health and Social Care spokesman said: “We recognize the pressures faced by NHS staff, particularly those on the front lines of ambulance services, and we continue to thank them for their dedicated hard work.

“We have committed an extra £55m to increase the number of ambulances in control rooms and on the front lines on top of our Covid recovery plan – backed by record funding.

“Through the NHS People Plan, all NHS staff have access to a comprehensive emotional, psychological and practical support package, including 40 mental health and wellbeing centers that provide proactive outreach, rapid assessment and referral to specialist support when needed.”