Allison Rice: A tribute to the murdered LSU student 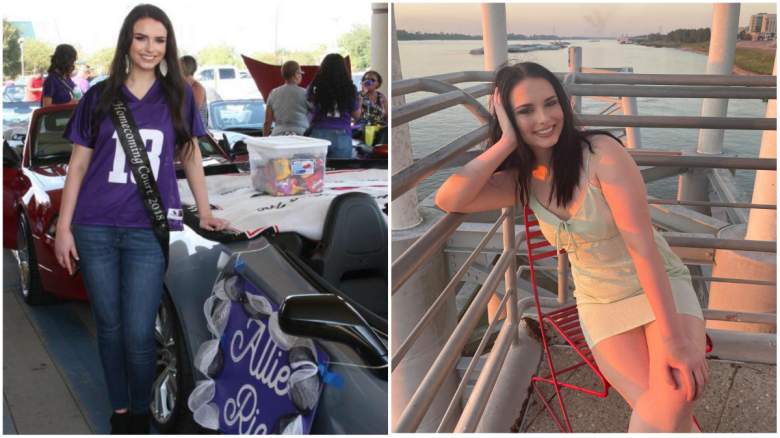 Allison Rice was a 21-year-old college student from Baton Rouge, Louisiana, who was shot dead in her car when it stopped near railroad tracks.

Rice, also known as Allie Rice, was a student at Louisiana State University. She was from Geismar, Louisiana. According to Fox News, Rice was shot dead in downtown Baton Rouge.

The motive and suspect are still unclear.

According to Fox8Live, Rice was “found dead in her bullet-riddled car on the outskirts of downtown Baton Rouge early Friday morning, September 16.”

Someone fired at least “five or six” bullets into their vehicle near railroad tracks. She was alone in the car, the television station reported.

Granier told Fox News that Rice was stopped at an intersection waiting for a train to pass and may have been trying to “turn around or get away” when she was shot.

One woman wrote on Facebook: “My heart is so heavy this morning as I think of one of our native daughters, LSU Sr. Allison Rice ‘Allie Rice.’ No parent should ever have to bury their daughter. I pray that the Lord will shed a bright light on the evildoers who took her life. Please pray with me for her family and for justice~This could literally be any of our daughters.”

Sen. John Kennedy wrote on Facebook: “Becky and I are devastated to learn of the tragic death of LSU senior Allison Rice in a senseless act of violence. We send our prayers and deepest condolences to her family and the LSU community.”

Another person wrote on Facebook: “Today we lost someone too good for this world. I had to turn off my phone and divert my attention to get through an important dentist interview today. But when it was over, I had to sit down and try to process those events. How could anyone do that to a girl like Allie? The girl I grew up with… The girl who was the life of the party. How could this girl be gone? I really don’t understand. Allie deserved so much more than this world… and instead she got the evil, senseless and disgusting acts of a sick person.”

LSU released a statement regarding her death via Fox8Live:

Heavy has reached out to LSU for further comment.

Rice was a graduate of Dutchtown High School in Geismar, Louisiana, where she served on the homecoming court and was a cheerleader. Her Facebook page shows her wearing a homecoming sash.

“So heartbreaking!! She was the sweetest person and such a great teammate when we cheered together in Dutchtown. Prayers to their friends and family who are going through this difficult time🥺,” wrote a friend.

“The Dutchtown community is shocked. We really need our city to get better and better,” another person wrote on Facebook.

“We are deeply saddened to learn of the passing of Allison Rice, a 2019 graduate of Dutchtown High School. Our hearts go out to her family, friends and everyone who knew and loved her,” high school principal Matthew Monceaux told WAFB-TV.

“We will have advisors available to help our school community deal with this sad loss. If your child would like to speak to a counselor, please encourage them to seek help from a teacher or counselor.”

According to her Facebook page, Rice worked as a “bartender at The Shed BBQ” in Baton Rouge.

She studied marketing at LSU, lived in Baton Rouge and was originally from Prairieville, Louisiana.

Her page mostly shows her with friends.