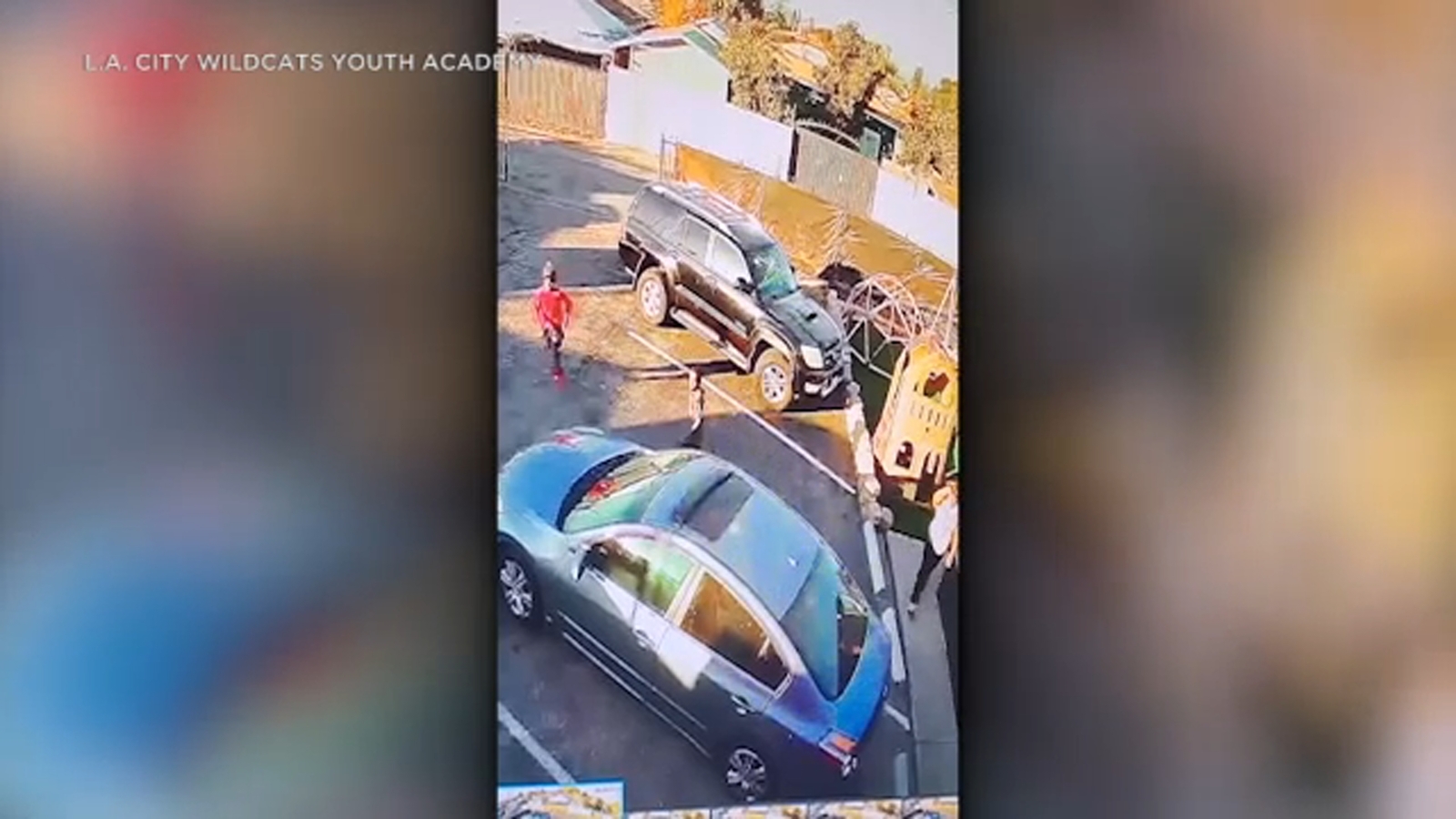 COMPTON, Calif. (KABC)– Security cameras captured a frightening shootout outside a youth academy and daycare in Compton, with children taking cover and programs for children being forced to shut down.

The incident happened in front of the LA City Wildcats youth academy on Rosecrans Avenue last month. Footage shows the gunmen involved, who are believed to be members of rival gangs.

“It happened right here, and not a single bullet hit a kid,” said Derrick Cooper, founder of the LA City Wildcats. “If that isn’t force majeure, I don’t know what is. Not one bullet hit a child.”

Luckily there were no injuries, but the academy where these children played and studied has since been closed. Cooper said he was not prepared to put the children at risk again.

“These kids are more than just kids of the Wildcat family, they’re becoming my extended family,” Cooper said. “So if I lose a child, I lose a family member.”

This has happened nine times over the years. Most recently in July 2020, when rising basketball star Semaj Miller was shot dead.

The academy’s programs, including physical education, cheerleading, dance, and even its after-school activities and daycare, all of which Cooper created and has operated for more than two decades, have ground to a halt.

The sudden closure hurts Cooper, who has funded the programs and even personally driven students around LA

“The children who were kept off the streets and away from the violence by this program have now lost their escape because the violence found them,” he said.

Cooper believes the Compton community should invest more in their youth.

Meanwhile, Cooper is looking for a new, safer place and some help so he can keep helping the kids, and he’s running out of time.

“I’ve actually been almost 7 weeks without income,” he said. “So that hasn’t been replenished, that hasn’t been supported, and that’s why we can go deeper and deeper into debt. ‘Cause when we open up again, we gotta move, we’ve gotta stockpile, do payroll, it’s a monster every time I think about it, but we’ll find a way to get through this.

If you are interested in supporting the LA City Wildcats program, you can donate to the official GoFundMe.

Meanwhile, the suspects in the shooting remain on the run.

Anyone with information is urged to contact the LA County Sheriff’s Department Compton Station at 310-605-6500.