A migrant dinghy that sank with 27 dead was in British waters, a new accident report confirms 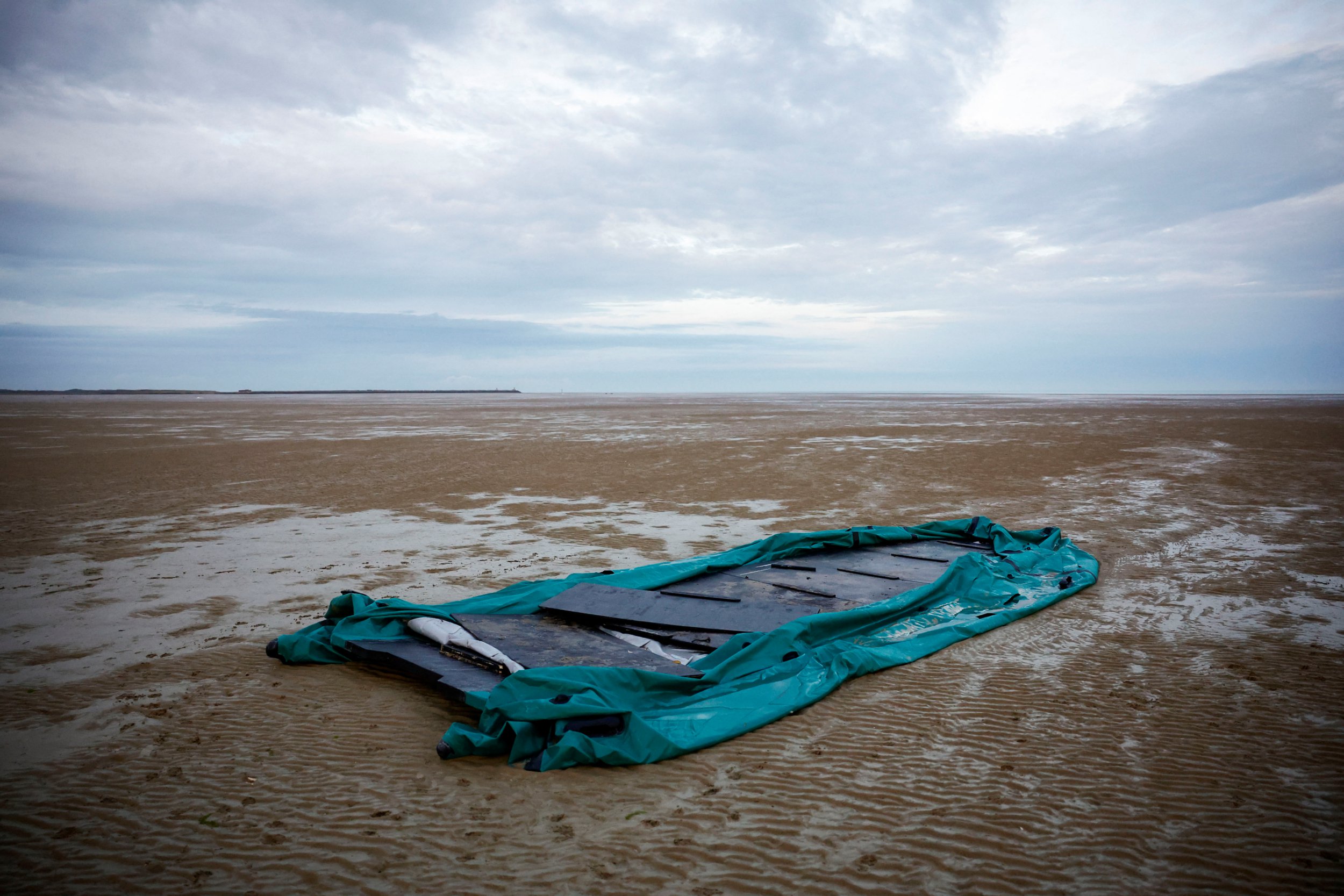 The migrant dinghy that sank in the English Channel a year ago today, killing at least 27 people, entered British waters and sparked a search operation by the British Coast Guard, a preliminary accident report has revealed.

The Marine Accident Investigation Branch (MAIB) report has confirmed that the Chief Inspector for Maritime Casualties began the investigation in January this year “when it became apparent that some of the events relating to this loss of life had occurred in British waters”. .

It has also confirmed that British rescuers attempted a search in response to 999 calls from the dinghy before the migrants’ bodies were found hours later by a fishing boat on the French side of the English Channel.

“Along with many other migrants crossing the Strait of Dover that night, some on board the boat made phone calls to update shore-based Maritime Rescue Coordination Centers (MRCC) of their situation,” the report said.

“Responding to calls for help, staff at the MRCC in Dover dispatched British ground and air vehicles to search the area where the distressed migrants were located. However, nothing was found until the report from the French fishing vessel later on November 24.”

An investigation of I used ship tracking data last December to show how a HM Coastguard helicopter took off from Lydd in the early hours of that day and began a cartwheel search about 400 feet above the waterline.

It was only after this story was published that the Maritime Coastguard Agency confirmed a search had taken place, after initially failing to provide confirmation.

Dan O’Mahoney, the Home Office’s Clandestine Threat Commander, told the Joint Committee on Human Rights on December 1 that HM Coastguard received “dozens of calls” with multiple boats in the water that night and responded to all of them.

“I cannot tell you with any certainty that the people on this particular boat called the British authorities,” he told the committee, adding that “it may never be possible to say with absolute certainty whether this boat waters located in British or French waters”.

Tom Pursglove, then Home Secretary’s Minister for Combating Illegal Immigration, also told the committee it was his “very clear understanding” that the tragedy occurred in French waters.

I exclusively revealed in January that the MAIB had opened an emergency response inquiry that night, “assuming some parts of the accident occurred in British waters”.

We have separately obtained a mobile phone image of a map sent to the father of one of the alleged victims by a people smuggler, claiming to show the position of the dinghy on the UK side of the English Channel at 2.03am.

The MAIB, which only investigates accidents involving British ships or ships in British waters, did not initially investigate the sinking of the dinghy, believing it was not within its jurisdiction.

Matt Schanck, a maritime search and rescue expert who wrote a technical report for lawyers representing some of the victims and which was handed over to the MAIB in March, said today the coordination of the UK search was “almost non-existent”.

He said: “The release of the interim report proves our assessment in January that the boat was indeed in distress in UK waters and that the HM Coastguard was aware of it.

“Despite this, the coordination of search and rescue efforts from the UK has been almost non-existent and resulted in the deaths of more than 30 people, which needs to be thoroughly and independently investigated.”

I understands that the MAIB obtained legal advice before beginning its investigation, on the premise that it would drop the investigation if it was found that the dinghy did not make it to the UK. In recent days, this caveat has been removed from the MAIB website.

Migrant charities have called on the government to launch a full investigation into the sinking so families of the victims can find out how their loved ones died.

A public inquiry could examine whether “acts or omissions” by British authorities led to human rights abuses and contributed to the deaths.

According to French media reports, French investigators are checking whether there are any indications of a criminal complaint in connection with the handling of the November 24 accident on the other side of the canal.

A report compiled by the Gendarmerie Maritime – France’s military maritime police – after a ten-month investigation questions whether coordinators at France’s regional rescue coordination center near Calais, known as the Cross, have done enough to offer assistance to those on board the sinking dinghy , The world reported.

The document, shown to French authorities last month, suggests Cross received several distress calls from the migrants when the ship was still in French waters, but no assistance was rendered. In particular, the report alleges that British requests to the French to send a patrol boat, Flamant, to the area were turned down, even though the Flamant was closer to the sinking boat and was not performing any other important duty at the time.

The French investigators have recommended further investigations into whether there is a case of failure to provide assistance to persons at risk. The world said.