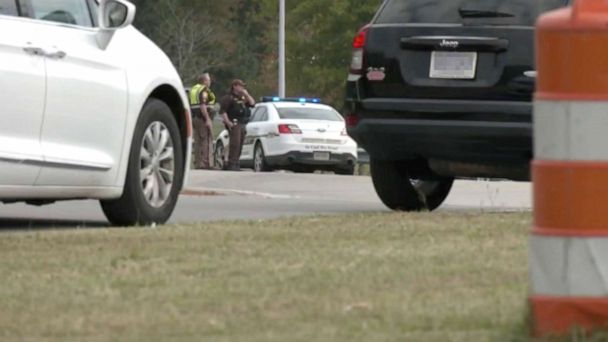 Four students and a teacher were injured after a fire broke out during a chemistry class at a Virginia high school, officials said.

A possible fire in a chemistry classroom was reported just before 9:30 a.m. Wednesday at Dinwiddie County High School in Dinwiddie, about 40 miles south of Richmond, firefighters said.

Three students who suffered burn injuries in the fire were taken to a Richmond hospital, including one by medical helicopter, Dinwiddie Fire & EMS said. A fourth student was treated at the scene for a minor burn injury, and a teacher was later also taken to a local hospital for a burn injury, the department confirmed.

The conditions of the hospitalized victims are not available at this time, fire officials said.

“The exact chain of events leading up to the fire is still being investigated,” Dinwiddie Fire said & EMS said in a statement.

The fire happened during a demonstration and was confined to the classroom, according to Dinwiddie County Public Schools.

“The fire alarm went off and all students were immediately evacuated from the building to their designated safe areas,” the district said in a statement.

Firefighters responded to the school within minutes of the 911 call. By that time, the fire had been extinguished and all students and staff had been evacuated from the building, fire officials confirmed.

The students were released before noon and will remain at home for distance learning on Thursday. Students can return to the school building on Friday and support services will be available, the district said.