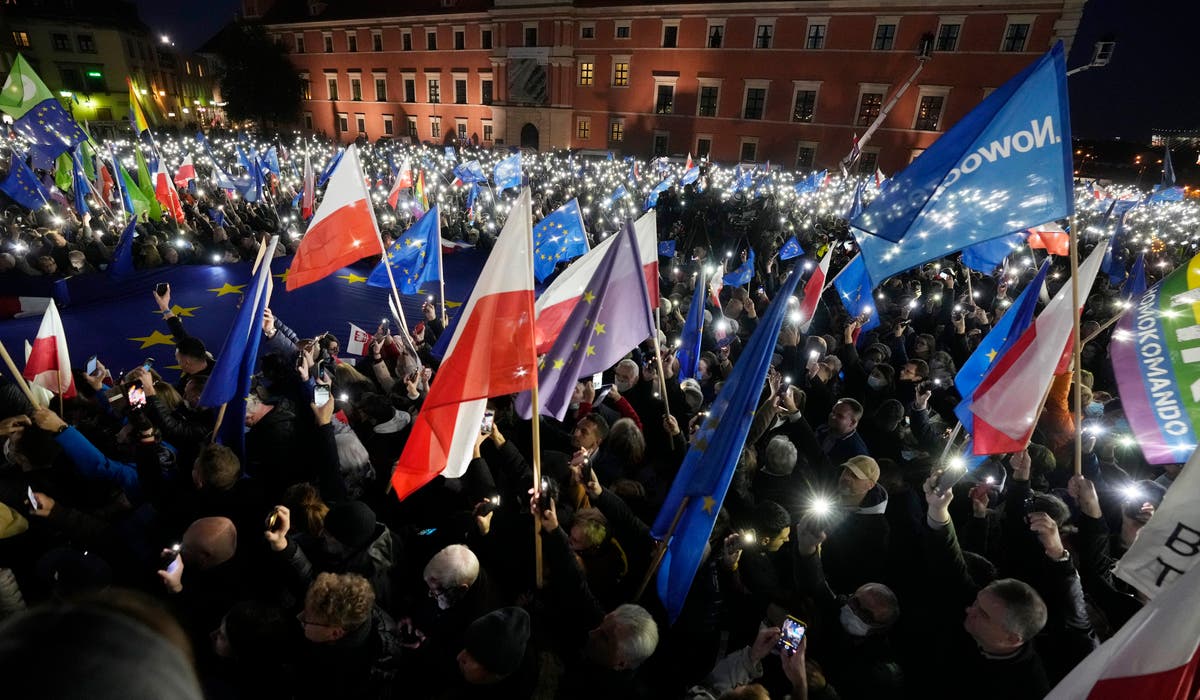 Police in Warsaw said Monday that four people, including a nephew of the prime minister, were arrested during a massive protest against government policies that critics say could cost Poland membership of the European Union.

Organizers and Warsaw authorities say up to 100,000 people took part in the protest in downtown Warsaw on Sunday to show their support for the EU. A nephew of Prime Minister Mateusz Morawiecki claimed that a police officer kicked him in the head when he was arrested on the ground.

A few dozen people were fined for lighting torches and obstructing traffic during the protest and subsequent march to the headquarters of the ruling right-wing Nationalist Party for Law and Justice in Poland.

Similar protests took place in many other cities.

They were ignited by a ruling by a top court last week that if the Polish constitution clashes, it will override EU law. Critics say the ruling can be viewed as a rejection of EU values ​​and could potentially lead to a “polexit” or the displacement of the nation from the 27-strong bloc.

Poland’s government has been in conflict with the EU for six years to gain control over courts and judges. The EU sees the desired changes as an erosion of democratic controls and balances.

EU membership is valued in Poland as it brought far-reaching freedoms, including freedom of travel, and economic change to the Central European nation, which ruled communistly for decades until 1989.

Morawiecki and party leader Jaroslaw Kaczynski have denied leaving, but the government is increasingly coming into conflict with the bloc’s executive bodies.