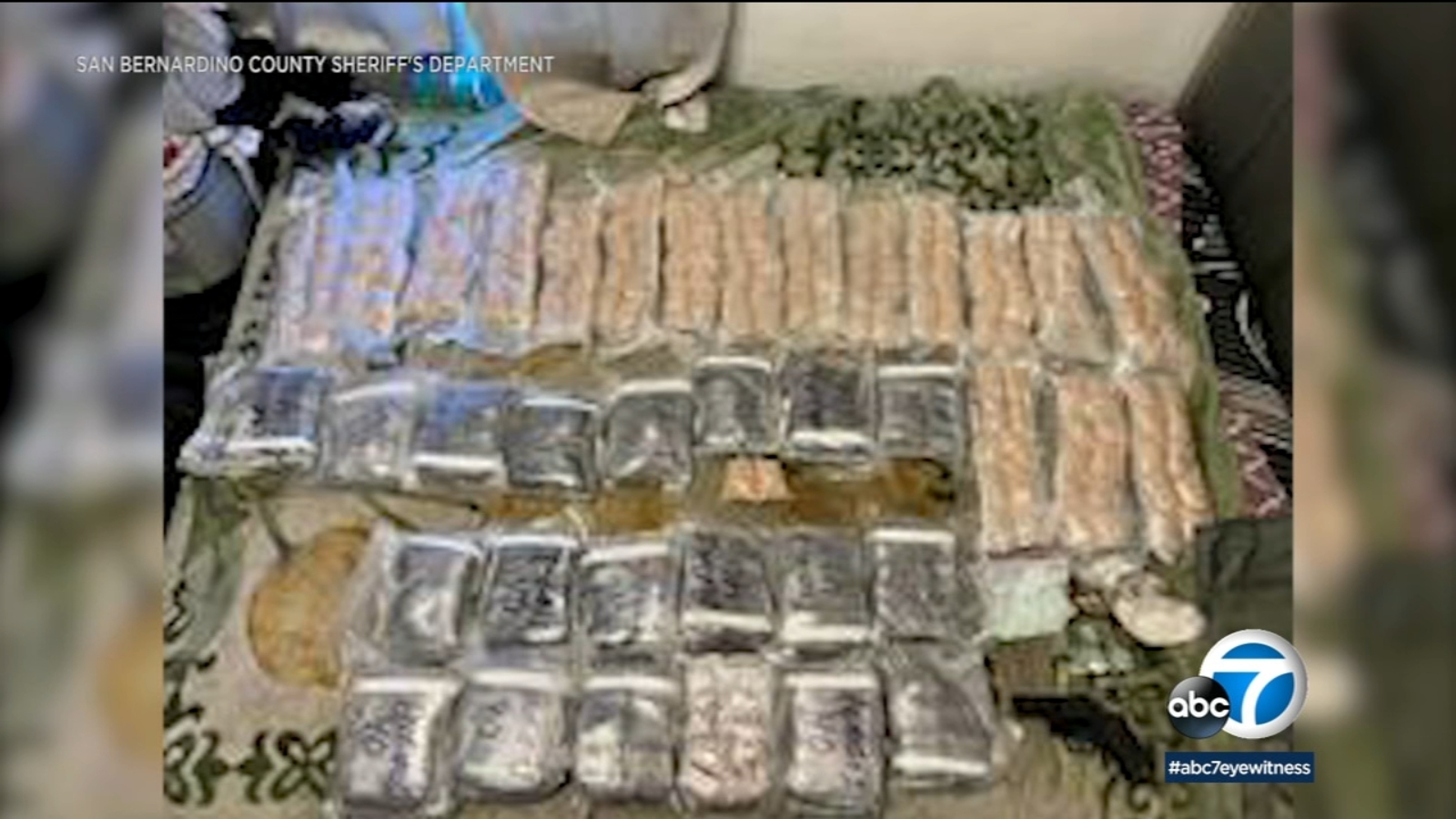 SAN BERNARDINO, Calif. (KABC) — More than 100 pounds of fentanyl pills and a firearm were seized after a traffic stop led to the execution of a search warrant at a San Bernardino home, authorities said.

The traffic stop was conducted Thursday by investigators from the Gangs/Narcotics Division of the Los Angeles County Sheriff’s Department, the agency said in a statement.

“During the traffic stop, investigators uncovered evidence leading to the obtaining of a search warrant for an apartment on the 200 block of East Ninth Street in San Bernardino,” the release said.

Overall, the traffic stop and search warrant resulted in the seizure of 104.1 pounds of fentanyl pills, 5.12 ounces of methamphetamine and a firearm, the statement said.

Further details were not immediately released.

“Operation Consequences will be focused on conducting targeted crime suppression operations in the High Desert and sheriff’s jurisdiction around the city of San Bernardino,” the press release said, adding that the operation will be conducted over the next few months and personnel from the Sheriff’s Gangs/Narcotics Division, Specialized Enforcement Division and Patrol Stations, as well as the California Highway Patrol and San Bernardino County Probation Department.