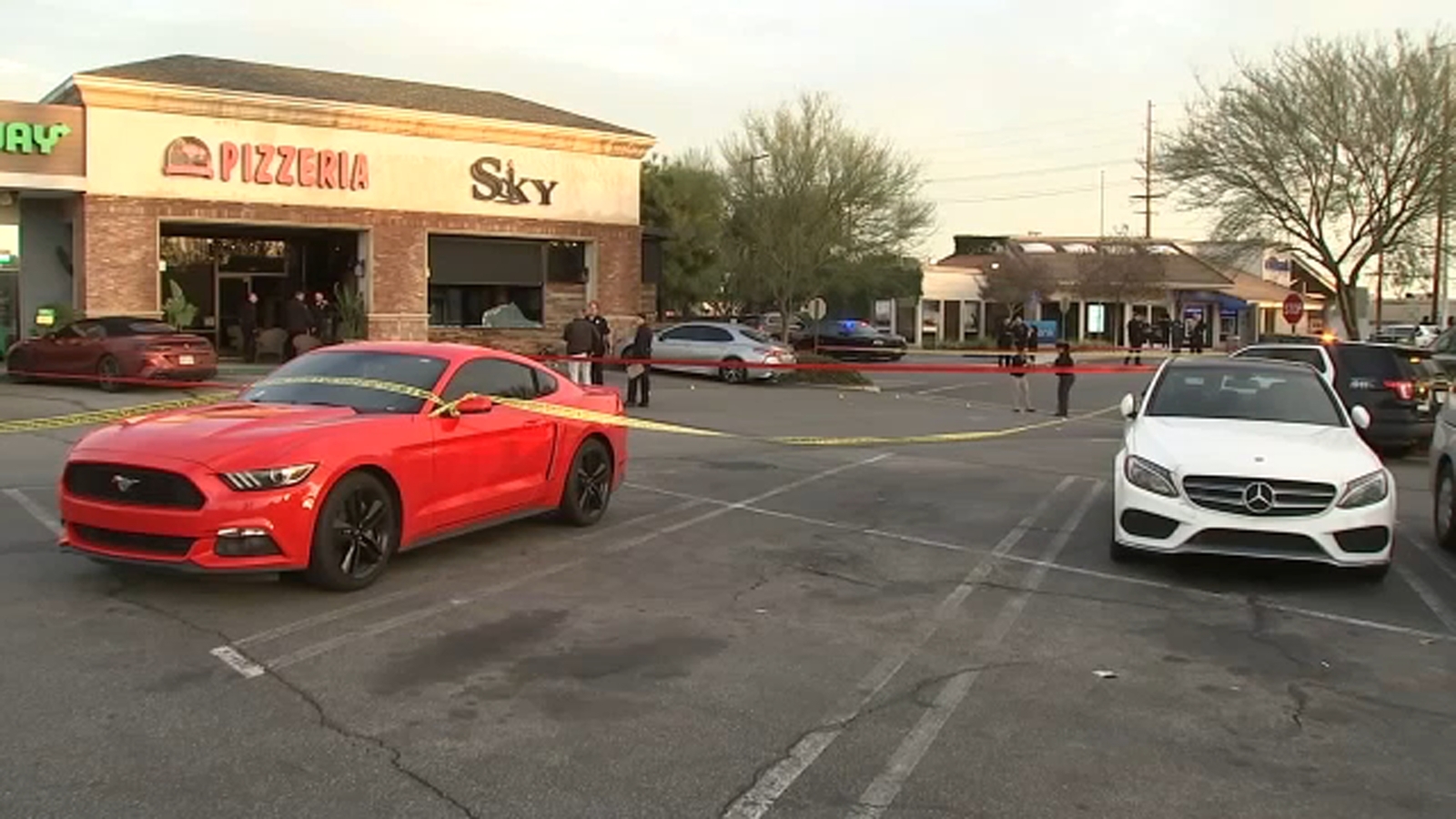 NORTH HOLLYWOOD, LOS ANGELES (KABC) — One person is dead and another is hospitalized after a shooting at a North Hollywood mall.

The incident happened Wednesday outside a hookah bar and pizzeria on Victory Boulevard and Coldwater Canyon Avenue, according to Los Angeles Police Department.

Authorities said a group of four people left the restaurant and were confronted by another group around 4pm and the two sides exchanged gunfire.

“When I got way ahead of the officers, way ahead of the paramedics, I saw the guy on the ground with a gunshot wound,” said a witness who asked not to be named. “The brother was there… They cried and were angry.”

The victim of the shooting did not survive.

A second man was shot in the abdomen but fled to a nearby restaurant, where he stayed until someone spotted him.

“A bystander walked by and informed officers that he was at this location. Officers located him at that point and called an ambulance,” said homicide detective David Peteque.

The man was taken to the hospital, where he deteriorated into critical condition, police said.

Wednesday’s shooting is the second fatal shooting at the mall in three months. Two people were shot dead after a dispute in October, one fatally.

Police say there was no argument on Wednesday per se and the shooting happened quickly. However, authorities are trying to determine whether a side fired first.

“We have to wait until we question the witnesses and get video to see who the attackers are. Did a party protect themselves from gunfire? I’m not saying it was good for them to carry guns, but obviously they did. So who are the attackers? That’s what we need to find out – who originally started shooting,” Peteque said.

No arrests were made.