WINTER IS COMING on the spike in young people’s Covid cases – as the R-rate is “up to 1.6” in parts of the UK 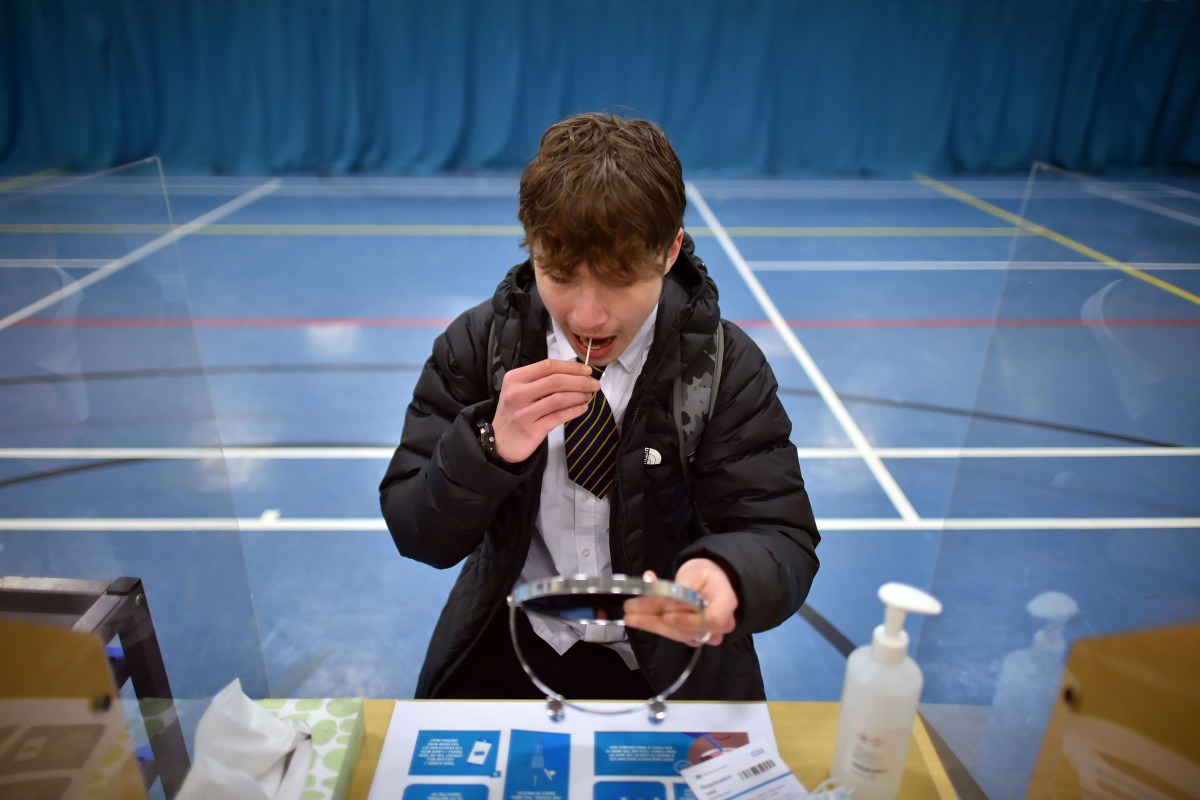 The government’s REACT-1 mass test survey found cases increased in under-18s in September while they decreased in adults – and the R-rate of the virus could be as high as 1.6 in some areas.

The regular poll, which tested more than 100,000 people across England, found that between September 9 and September 27, 0.83 percent were positive.

The cases were overall stable, but that was because falling rates in adults offset sharp increases in children.

Professor Paul Elliott of Imperial College London, who leads the study, said, “Our latest data shows that infections among school-age children are high and increasing.

“Households with children also had a higher prevalence of infection, suggesting that children may pass the virus on to those they live with.

“These trends reinforce the importance of children 12 and older to get vaccinated, contain the spread of infections, and minimize disruptions to education.”

The study estimated that the R-rate – the number of people infected from each Covid case – for the country total was 1.03, meaning the cases were flat or rising very slowly.

Both regions had “evidence of growth,” while the R in the West Midlands, Northeast, Southeast, and Yorkshire and Humber were likely to be less than one.

Professor Christl Donnelly added: “Overall, we see this counterbalance to the increase in children through the significant decline among 18 to 54 year olds. It’s a complicated type of push-pull.

“It’s definitely encouraging to see this decline in adults, but we’ve also seen evidence of an increase in breakthrough infections over time.”

The study showed that cases were up to three times higher in unvaccinated people, but those who were vaccinated were at higher risk the longer it had been since they were vaccinated.

While only 0.35 percent of people were infected within three months of the second vaccination, the “breakthrough” infection rate rose to 0.55 percent after three months.

In the case of the unvaccinated, it was 1.76 percent – more than three times as much.

Dr. Jenny Harries, Chief Health Officer, said: “These data show that while our vaccination program continues to make a big difference, the pandemic is not over.

“As winter approaches, it is as important as ever to continue acting responsibly to avoid transmission.”