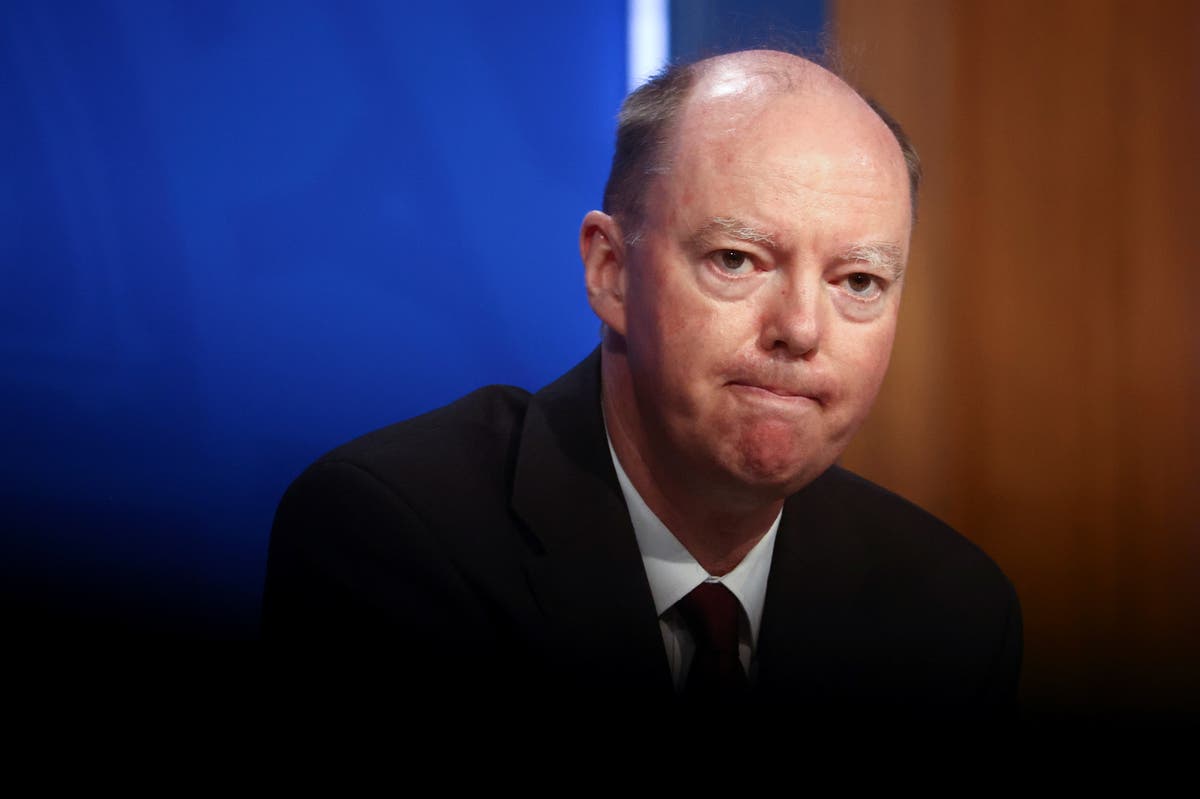 England’s top doctor has warned the healthcare sector will face an “exceptionally difficult” winter as demand pressures on the NHS add up.

Speaking to the Royal College of GPs annual conference in Liverpool today, England Chief Medical Officer Chris Whitty said “the great challenge” facing the NHS in the months ahead.

He said it was an “impossible dream” to get through the winter without Covid pressure on the NHS and warned the country was not far from a really serious situation.

His comments come as The independent one reported yesterday that a patient waited 13 hours in an ambulance as hospitals across the country took emergency measures to meet record demand.

New NHS statistics today show that nearly a million 999 calls were made in September and A&E units had their busiest September ever.

In his address at the conference, Prof. Whitty said, “Unfortunately, the winter as a whole will be extraordinarily difficult for the NHS” and added: “Unfortunately, general medicine will be absolutely at the forefront of this.”

He said this will be the reality “regardless of whether we have a relatively low but not trivial amount of Covid or whether we actually have another spike in winter”.

While he said the exact modeling was uncertain, he was confident the dire situation last winter would not materialize and described the “top-end risks” for the country as being much lower than before.

However, he warned that the Covid numbers could still go up, saying, “We are only two or three times away from some really serious pressure on the NHS and it is already serious but actually very difficult to deal with.

“So the error rate is very small. Zero Covid this winter is a totally impossible dream except in the minds of a few, but it’s an impossible dream, let me get that straight. “

He said officials hoped to keep the numbers at “relatively low levels” but said there were other threats like a flu resurgence.

Lots of people still didn’t meet as many other people as they did for two years, “so maybe that holds the line,” but he added, “We have less natural immunity in the system so we could have a really serious surge and we would have … a flu vaccine that is not very well balanced with the flu because there is not enough flu circulating in the southern hemisphere to fix it properly. “

He added that in addition to the usual winter pressures from heart disease and slips, trips and falls, other serious infections were also floating around.

“If you layer all of this on top of each other and then add that we now see people who are late for a doctor’s appointment, as we knew from the start, they will undoubtedly come at a later stage of their disease and thus become more seriously ill.

“The fact that we need to catch up on things like the screening and keep the vaccine dynamic. That is an extraordinarily high task when you add up all of that. “

But he said the country is in a much better place because of the actions of family doctors and other health professionals.

“We are definitely not out of the woods yet. But where we would have been if general medicine hadn’t done what it did, it would be catastrophically worse. “