Warning of 50,000 “missing” cancer cases due to a pandemic 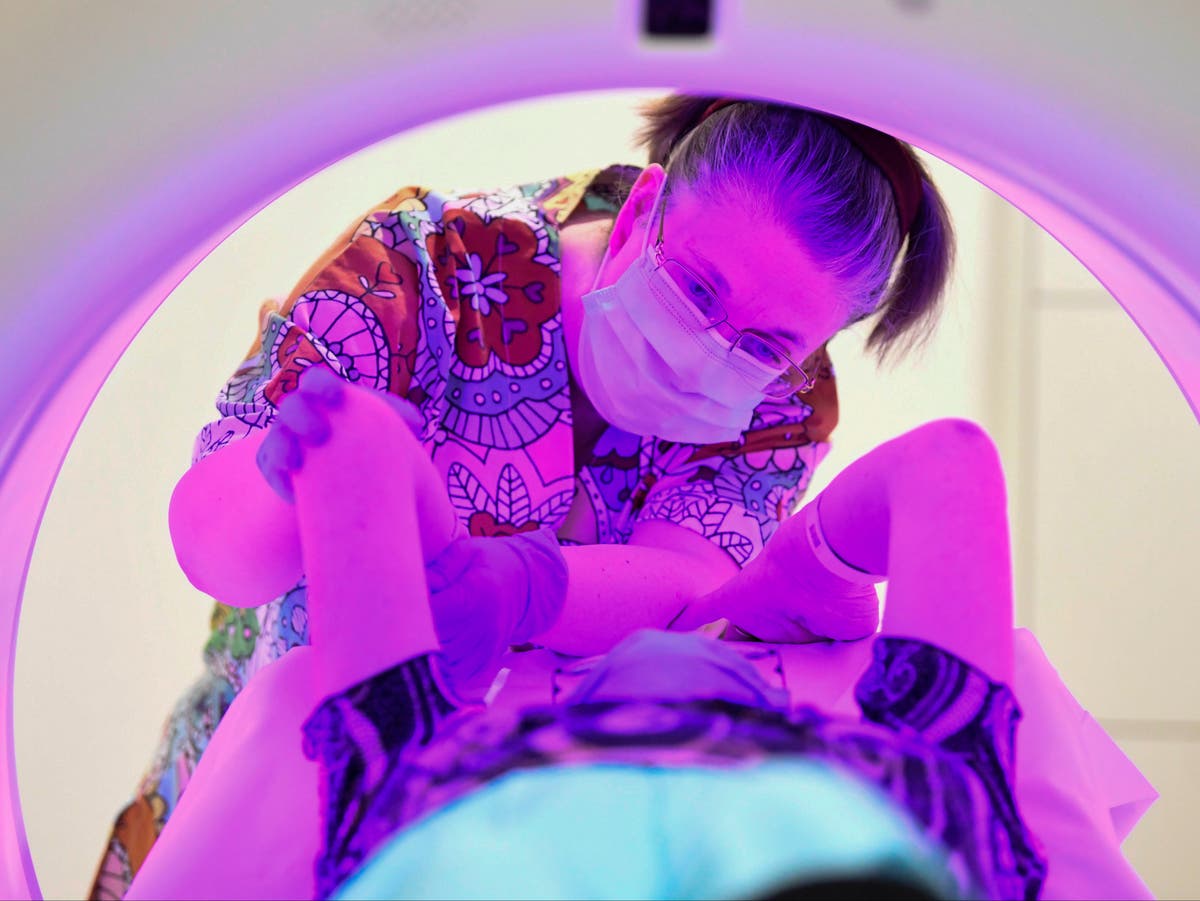 Nearly 50,000 people with cancer went undiagnosed because of the pandemic and its impact on the NHS, a charity warns.

Macmillan Cancer Support said the level of the backlog in cancer care was “still pending at the NHS,” suggesting that the first signs of improvement in backlog reduction may have stalled in the summer.

Another disruption from Covid-19 this fall and winter could cause the number of missing diagnoses to rise even further, the charity fears.

Macmillan estimated that more than 47,000 people in the UK were “missing” a diagnosis based on the difference between the numbers diagnosed each month in 2019 and those since the pandemic started – nearly two years.

The charity said it was “deeply concerned” about how cancer services would handle it when people finally got their diagnoses.

It raised concerns about a “severe shortage” of cancer nurses and estimated that the NHS in England would have had to operate at 110 percent capacity for 13 consecutive months since March last year to catch up on cancer treatments.

Steven McIntosh, Executive Director of Advocacy and Communications at Macmillan Cancer Support, said, “Nearly two years after the pandemic, there is still a mountain of nearly 50,000 people who are undiagnosed for cancer.

“Thousands more are faced with delays and disruptions during treatment.

“As hard-working health professionals continue to do whatever they can to diagnose and treat patients in a timely manner, they are fighting an uphill battle.”

This month, new data showed that by the end of September, more than 5.8 million patients were waiting for routine surgery at the NHS in England.

Mr. McIntosh said, “Cancer patients are stuck waiting in a system that is unable to treat them quickly enough, let alone the backlog of thousands who have yet to come forward.”

“The government has promised an elective recovery plan from the NHS. This must show how it is responding to increasing pressure on cancer services.

“It has never been more important to strengthen the NHS’s capacity to treat and support all cancer patients so they can get the critical care they need now and for years to come.”

A health and welfare ministry spokesman said cancer diagnosis and treatment was an absolute priority and that nearly half a million people were screened for cancer in August and September this year – “some of the highest numbers ever”.

“We remain committed to our long-term cancer plan and have supported the NHS with record investments, including £ 2 billion this year and £ 8 billion over the next three years to provide an additional nine million checks, scans and surgeries for patients in the all over the country, ”they added.

“Most cancer services are back at or above pre-pandemic levels, and the latest figures from the NHS show that the number of patients waiting for a diagnostic scan for the first time this year has declined, which means now more people get the controls they need. ”