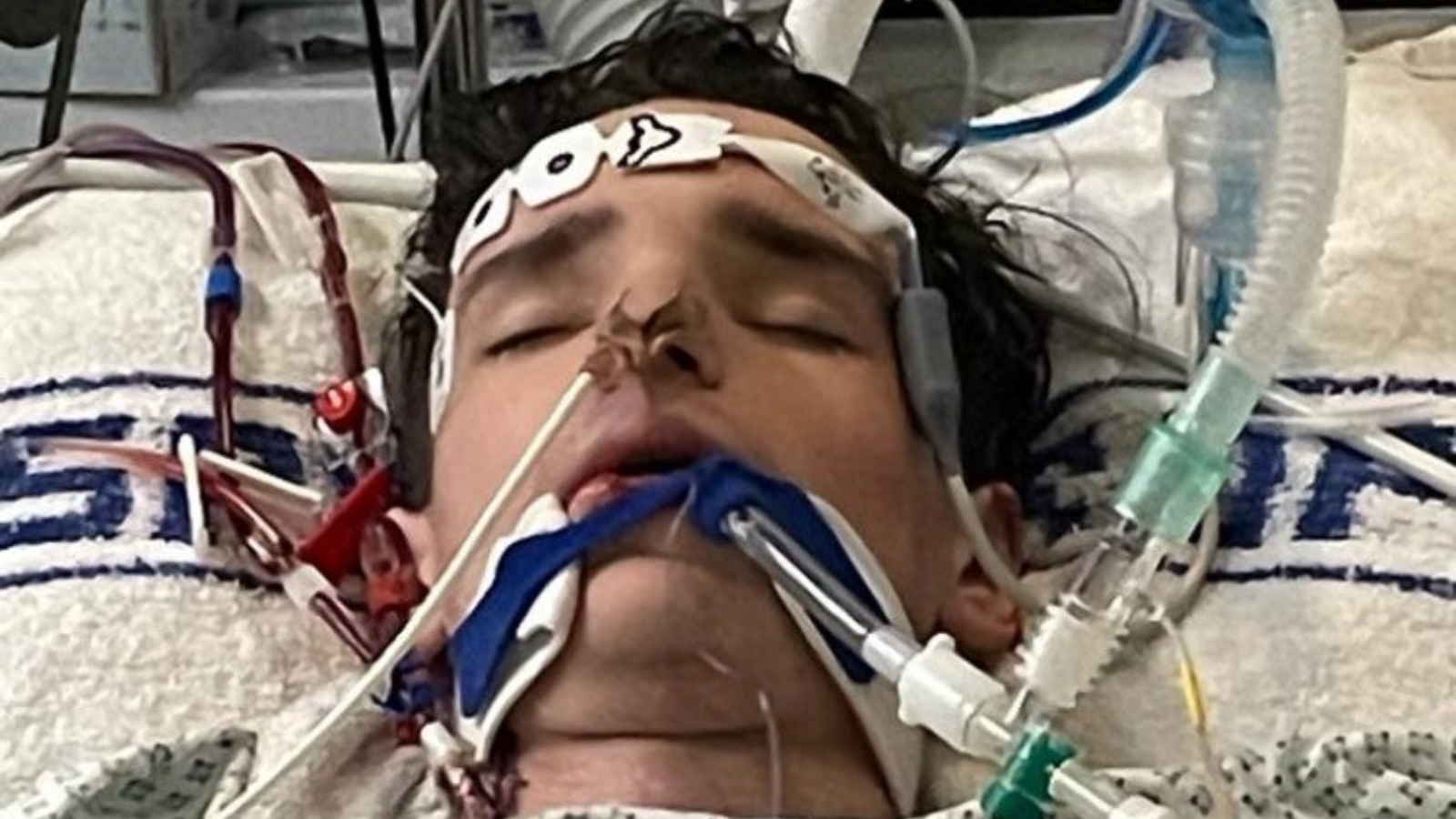 Jack Hollingsworth, 19, was taken to the emergency room at Ysbyty Gwynedd in the afternoon in December after feeling severely unwell at his home in Llangristiolus, Anglesey.

He was examined by medics who recommended that he be urgently placed in a coma and in intensive care.

Jack’s mum, Claire Hollingsworth, said: “Jack has been unwell for a few days, we all thought it was a bad cold or even COVID.

“The COVID test was negative and towards the end of the week he became more unwell, he had a very high temperature and a very fast heart rate.

“I couldn’t wait any longer, I’m a former nurse so I knew my son wasn’t doing very well and I felt there was a risk we could lose him.”

“The worst moment of my life”

Jack’s mother drove him to the emergency room and ran inside to get help.

“The receptionist could see how frantic I was and immediately alerted the clinic staff, who took him straight to the resus,” she said.

“It was obvious Jack was extremely ill when the team decided he needed immediate ventilation. It was the worst moment of my life seeing my son like that.”

The test revealed Jack had the flu, which had progressed to pneumonia.

For the next 10 days he lay in a coma with his mother and father John and his girlfriend Erin by his side.

The consultant dr. Terry Collingwood, who took Jack to ICU, said: “When Jack came into ICU with us, his condition was life-threatening.

“He required complex medical support to survive the first 48 hours. During this time we received advice and guidance from Glenfield Hospital in Leicester’s respiratory service on how best to manage Jack’s condition, for which we were very grateful.”

By Christmas Eve, Jack was showing signs of improvement and the doctors made the decision to pull him out of the coma.

“A reminder of how dangerous the flu can be”

“During the 10 days that Jack was in a coma, there were times when we thought we were going to lose him,” Jack’s mother said.

“A parent should never have to see their child this sick and it was just heartbreaking for us as parents to see our baby on a ventilator.

“Jack is super fit, having just completed an advanced diploma in outdoor activities, but he has shown how a young person can suddenly be overwhelmed by the flu when they reach a point where their immune system is burning out. At this point, he deteriorated from a boy with a flu-like illness to a serious illness in a matter of hours.

“It was a reminder of how dangerous the flu can be, even for the young and fit, and we would continue to encourage anyone who is eligible to get the flu shot after seeing what it almost did to our son would have,” Claire added.

Thankfully, Jack recovered quickly and was able to leave the hospital on Boxing Day, just in time for his 19th birthday on December 27th.

Both Jack and his parents recently visited the ICU to thank the staff who looked after him through the darkest days of their lives.

Jack, who is now looking forward to returning to the Snowdonia mountains, said: “It was great to come back and see the staff who looked after me, as I was in a coma I can’t remember how one from them It was nice to meet them and thank them personally.

“I will forever be grateful to them for saving my life.”

Claire added: “We would like to thank the hospital, particularly the critical care team and emergency department staff, for all the care and support they have given us.

“We felt so well looked after during this time and the care they gave Jack was incredible.

“We are very grateful to them and everything they have done.”