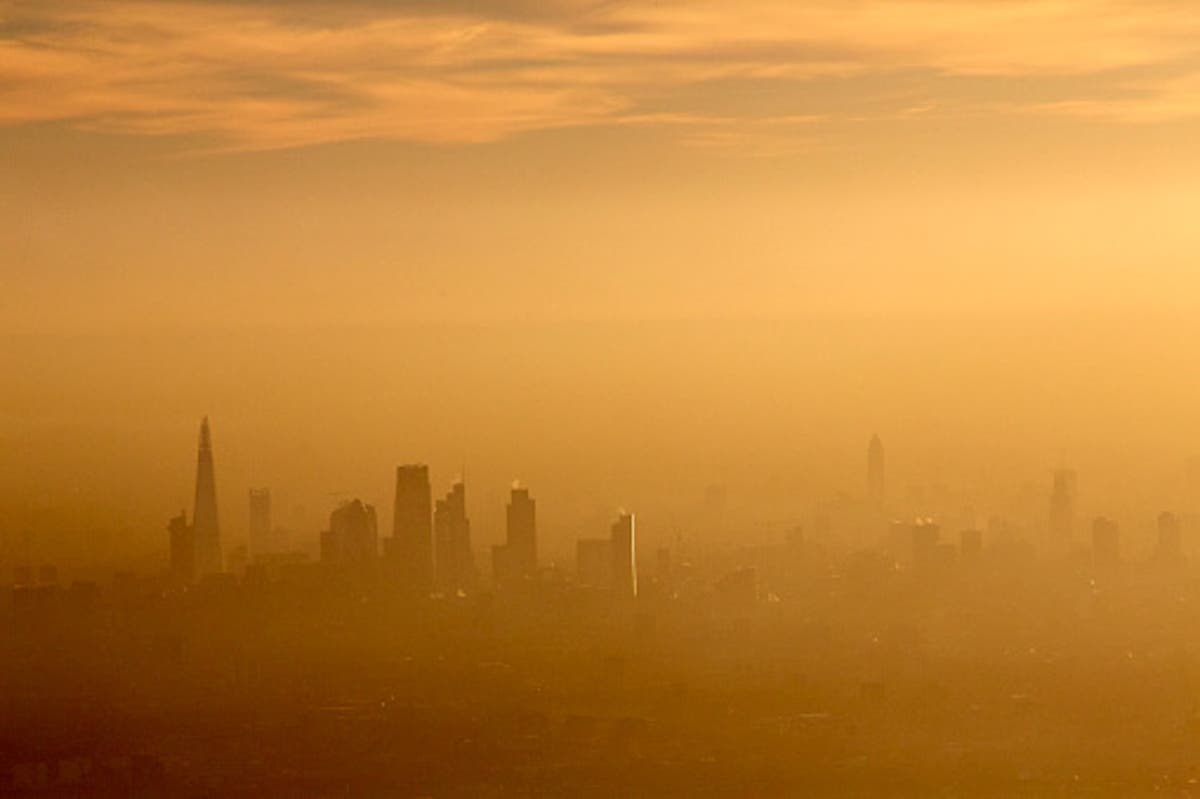 People with existing lung conditions such as asthma and chronic obstructive pulmonary disease (COPD) may find their symptoms are triggered by toxic air, which can lead to potentially deadly complications, according to a report released today by health organization Asthma + Lung UK.

The survey of more than 16,000 participants found that more than half (53 percent) of people with asthma and 47 percent of people with COPD cite toxic air as a trigger for their symptoms, which can include chest tightness, coughing and shortness of breath .

Applying these numbers to the general population of people with COPD, the charity has found that it could mean up to 3.4 million people are affected by toxic air.

The Asthma + Lung UK report also highlights that air pollution is affecting other aspects of people’s daily lives, including their ability to leave home, exercise and see friends and family.

Out of 1,000 people with lung disease surveyed, a third (33 percent) said they don’t leave their homes when air pollution is high.

Almost half (47 percent) said air pollution prevents them from exercising outdoors, even though exercise is an important way to control lung health.

Almost 10 percent said they had to move to escape pollution.

Leon, 73, from Aughton, West Lancashire, says he’s been “trapped by air pollution at his home… My lungs have been sensitive to diesel and petrol fumes for as long as I can remember, but since he was diagnosed with COPD in 2017 , I’ve been on my own.” house trapped.

“On school days when there is a lot of traffic near my house, I don’t dare open the window or go outside because if I do and the wind is the wrong way, I can’t breathe.

“I have to cough and choke. It is frightening.”

Leon said swings in harmful air pollution leave him feeling so down and so isolated that he can’t go outside, “even in the garden,” he added.

“If I drove out when the air is full of traffic fumes, I don’t know if I would make it back home.

“What upsets me the most is that even my little grandson can see how much I struggle to breathe.

“People should know exactly what bad air can do to your body – it will kill you. There should be more information about the dangers of car exhaust and other sources of air pollution.”

Asthma + Lung UK is calling for the introduction of stricter statutory air quality targets for England to reduce levels of the most harmful types of pollution to human health by 2030, in line with World Health Organization guidelines.

It also urges MEPs to help those vulnerable to the effects of air pollution by reducing their exposure to harmful levels through better promotion of the national air pollution alert system.

Of those surveyed, nearly two-thirds (62 percent) of people with lung conditions said they were unaware there were air pollution warnings, and more than three-quarters (77 percent) said they felt the government wasn’t doing enough does protect you.

As part of its plea, the charity is asking the government to improve the health advice given out with the alerts and lower the thresholds for the alerts to be created.

Kate Langford, program director of the health impacts of air pollution program at Impact on Urban Health, said: “Everyone should be able to work, learn and play without having to worry about the air they breathe.

“Air pollution is a public health crisis and a social justice issue. It is the number one environmental threat to health, and its impact is disproportionately shared among those who contribute least: children, the elderly, and those with health conditions.

“But air pollution can be fixed. National and local governments must act urgently by investing in measures to improve air quality and working with companies to reduce emissions.

“In the meantime, this report highlights the need to provide consistent information on air pollution levels, made available to those whose health is most at risk, in the places where they spend their time and from sources they know trust.”