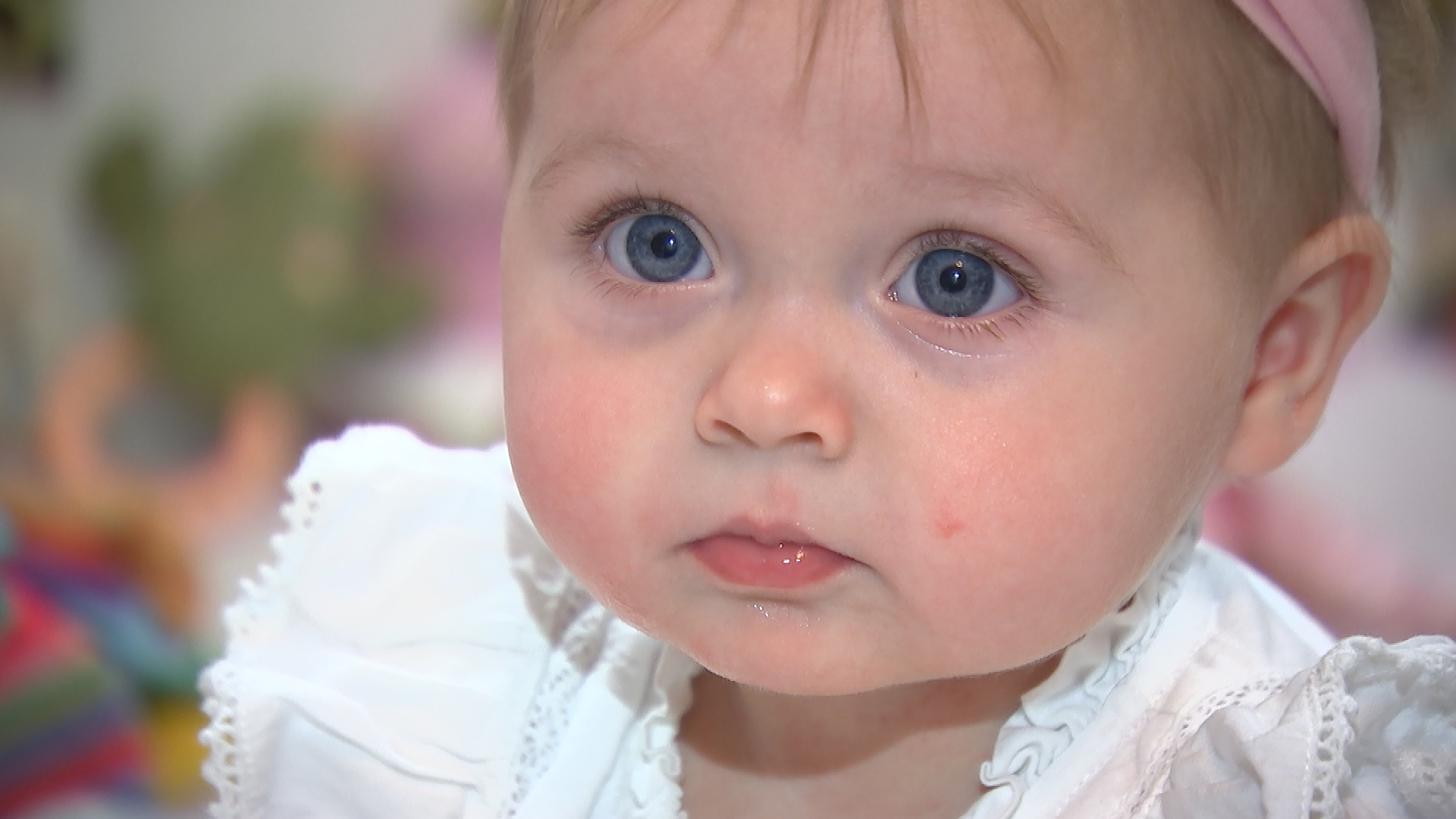 The first baby born in England from a frozen ovary gives hope to others left infertile by procedures such as chemotherapy.

Baby Sienna was born to doting parents Shana and Charles Pear in Barnes, south west London after the couple thought they might never have children.

Shana was diagnosed with an aggressive form of breast cancer just months after her marriage, at a time when she was contemplating having children.

Because her cancer was so severe, there was no time for IVF, which can take months.

“I was diagnosed in February 2018 and only got married in October 2017 and we were ready to start our life together,” Shana told Latest Page News.

“And when I got the diagnosis, it felt like my whole life was falling apart. The first few weeks are the hardest, creating a treatment plan and wondering if you will survive.

“I had stage 3 cancer and had radiation therapy straight away, which meant there was no time for IVF.”

Sienna’s birth is a big step forward for medical science after a decade of working in the NHS to help couples seek treatment after cancer treatment.

The program, called the National Pediatric Fertility Preservation Service, receives no government funding and is supported by doctors, nurses and lab workers who believe their work could benefit thousands of cancer patients.

The service is led by Sheila Lane, a consultant pediatric oncologist and lecturer at Oxford University, who said Sienna’s birth at John Radcliffe Hospital was a proof of concept.

“I was in Oxford to have my ovaries removed and the week after that I started chemotherapy,” Shana said.

“When you think of cancer, you think of death, but I’ve had people talk to me about hope for the future and starting a family.

“At first I was numb and trying to get through it, but having hope for a future family was something I held on to all along.”
“The team [in Oxford] were so great. [Gynaecologist] dr Christian Becker was outstanding and just so caring,” she added.

The past few years have been a rollercoaster of emotions for mum Shana and dad Charles, but having hope and looking to the future has helped the couple pull through.

Shana added: “It’s always been a dream of mine since I was little, it’s the best thing there is! Such a miracle!

“I couldn’t imagine my life any other way. Sienna is such a social, happy baby.

“When we heard her heartbeat, it was a magical moment. After cancer, you don’t know what your body will do to you.

“It was special when we heard her heartbeat, we cried. And the day she was born was magical and couldn’t believe it.”