The bizarre story of resuscitation 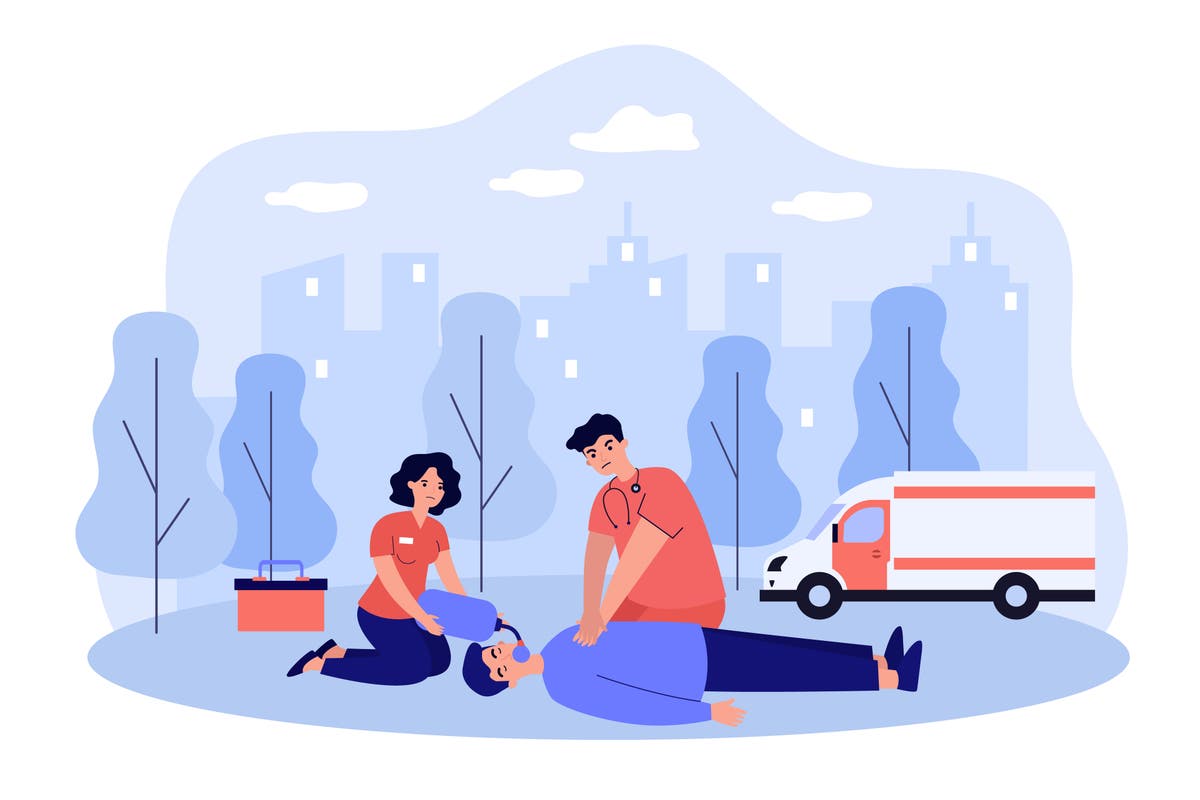 mmost of us probably know – more or less – how to revive one of our fellow human beings. Even if you haven’t taken a cardiopulmonary resuscitation (CPR) course, you have likely seen the technique on television or in movies many times.

The early history of resuscitation was, in many ways, the subject of drama. For example, on June 1, 1782, a Philadelphia newspaper carried news of the latest resuscitation miracle: a five-year-old child had been brought back to life after drowning in the Delaware River.

Little Rowland Oliver was playing on one of the busy wharves industrialization had brought to the banks of the Delaware when he plunged into the water. He fought for 10 minutes, then went limp. Eventually a worker fished him out and carried him home.

Although Rowland was handed over lifeless to his family, the newspaper reported that his parents realized that he was only “apparently dead.” This drove them to action. They “immediately took off all his clothes, hit him with their hands” and “rubbed him with woolen cloths dipped in alcohol”.

The doctor who arrived shortly after did more of the same. They also dipped Rowland’s feet in hot water and emetics down his throat. After about 20 minutes, life returned to the little boy. A little bloodletting eased the aftermath, and Rowland was soon his usual playful self.

This account was just one of many stories of resuscitation successes seeded in the newspapers by the newly formed humane societies of the time. These societies emerged in Amsterdam in the mid-18th century when more and more people drowned in the city’s canals. Societies sought to educate the public that death – at least from drowning – is not absolute and that passers-by have the power to deter the apparently dead from joining the real dead.

In Philadelphia, Rowland’s Resurrection gave faith to these ideas and inspired local humane society to plant kits along the city’s rivers containing medicines, tools, and instructions for resuscitating the drowned.

Methods changed over time, but well into the 19th century. Humane societies often recommended warming the drowning victim and attempting artificial respiration. Whatever the method, the most important thing was to get the body machine working again.

External stimulation – the rubbing and massaging that little Rowland’s parents practiced – was essential. Likewise, internal stimulation, typically through the introduction of rum or a rousing brew into the stomach. Most exciting – for the inside of the body – was probably the “fumigation with tobacco smoke” of the colon of a drowning person, which also suggested humane societies. Yes: good resuscitation measures required blowing smoke down the buttocks of what appeared to be dead.

The 20th century brought its own potentially fatal dangers. Just as drownings increased in the 18th century due to the increased industrial use of waterways, the advent of widespread electricity and power lines, and personal use machines such as automobiles, contributed to the causes of death from electric shock and gas poisoning.

A new place of stimulation

The methods have also changed. Resuscitation measures now increasingly focused on stimulating the heart. This can include manipulating a seemingly dead body in a variety of positions. Chest compressions and artificial ventilation techniques have also become more common.

But even as techniques changed, resuscitation retained its democratic character – almost anyone could do it. However, its uses remained specific to certain circumstances. After all, only a limited number of situations could make someone appear dead.

In the middle of the 20th century, these two consistent themes began to give way. Increasingly, resuscitation gained a reputation for being a miraculous and widely used treatment of all types of death. And the people who could do these treatments were limited to doctors or emergency doctors. There were many reasons for this postponement, but one critical trigger was the discovery of a new set of apparent causes of death: surgical accidents.

In explaining his own attempts to reshape resuscitation in the mid-20th century, American surgeon Claude Beck often referred to a story from his training in the late 1910s. Back then, he recalled, when a patient’s heart stopped on the operating table, surgeons did nothing but call the fire department and wait for them to deliver a “Pulmotor,” the forerunner of today’s ventilators. Suddenly it seemed as if everyone except Doctors could perform resuscitation. Since this was unacceptable, Beck joined in the search for a method of resuscitation that was appropriate for the particular dangers of an operation.

The new techniques Beck and other surgeons experimented with were still based on stimulation. But they relied on access to the inside of the body, which the surgeon enjoyed more or less exclusively. Applying electricity directly to the heart (defibrillation) was one method. Reaching into the chest and manually massaging the heart was another.

Beck interpreted his early successes in the operating room as an indication of the widespread promise of his techniques. Accordingly, he expanded his definition of who can be resuscitated. He added to the relatively limited category of “apparently dead” those who were not “absolutely and unequivocally dead.”

Beck made films that testified to his success. One the chorus of the deadOn top of it, the first eleven people he had resuscitated stood awkwardly side by side, while a jokingly happy Beck asked each one of them one after the other: “What did you die of?”

Initially contextualized as the mere expansion of resuscitation to medical spaces, it soon became clear that methods that privileged privileged access to the inside of the body could not be easily democratized. That’s not to say Beck didn’t try. He envisioned a world where those trained in his methods carried the surgeon’s tool – the scalpel – with them, always ready to open a chest to set a heart moving again.

Concerned with the specter of civilian surgeons and eager to maintain their professional monopoly over the inside of the body, the medical community revolted. Only with the advent of the less improperly closed chest compression method a few years later was the democratic imprimatur of resuscitation restored.

But Beck’s view that death is generally reversible persisted, peaking in 1960 when a groundbreaking medical study declared the “overall sustained survival rate” of resuscitation to be 70%. Subsequent studies corrected this overly optimistic finding, but the reputation of resuscitation as both broadly applicable and extremely successful was already established. Recent reports suggest that this reputation is maintained to this day.

Caitjan Gainty is a senior lecturer in the history of science, technology and medicine at King’s College London. This article first appeared on The conversation.