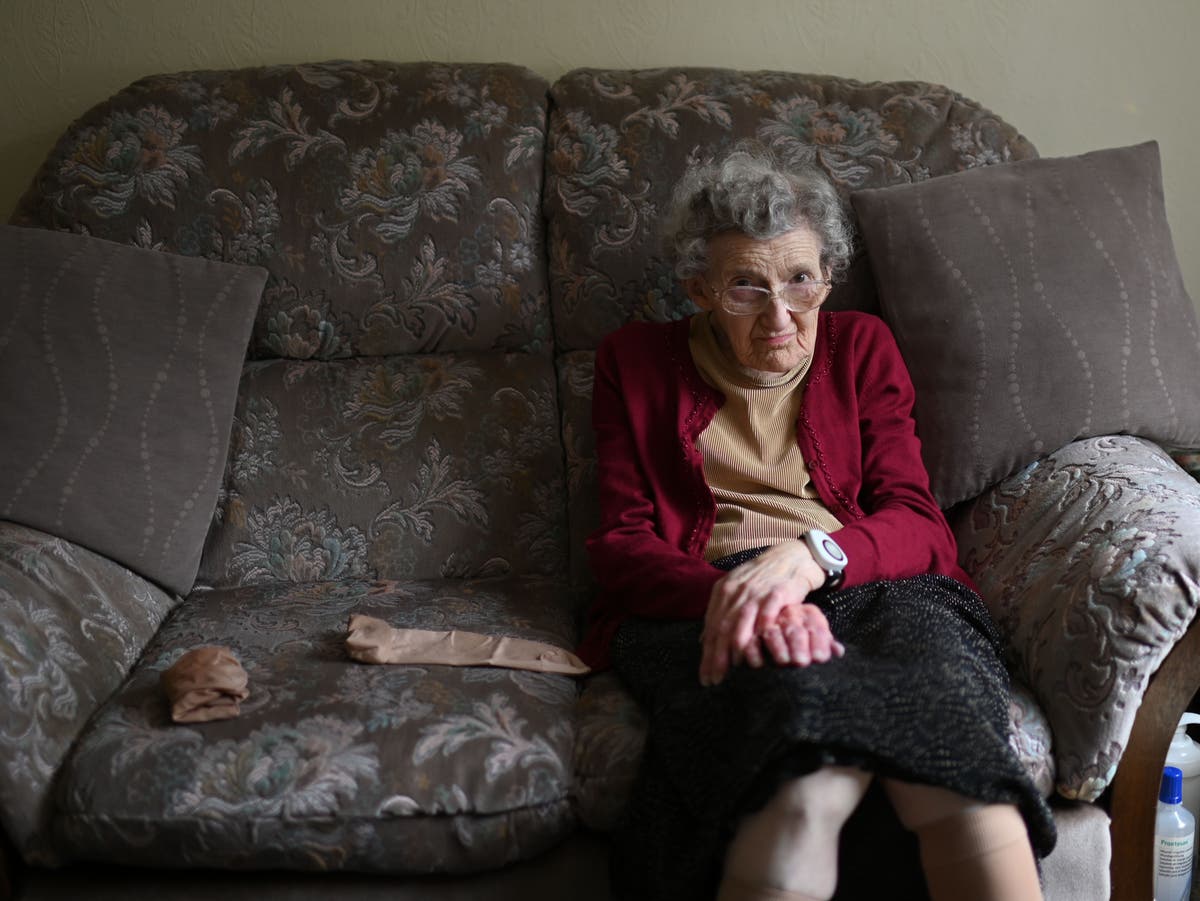 More than half of communities in England are taking extraordinary measures to ration welfare services, a survey finds.

The Omicron variant of Covid-19 is forcing so many employees to take sick leave or self-isolate that systems can no longer cope with the surge in demand, council leaders say.

They called the situation “a deepening national emergency.”

Carers have increased the hours of home care for the elderly to a record level, the councils report – but they still cannot keep up with the number of people in need of care.

More than half of the social service leaders who took part in the survey said that in at least some cases they had to temporarily limit the care they normally provided, leave people without their usual social contacts, or ask families to step in.

Stephen Chandler, President of the Association of Directors of Adults Social Services (Adass), said: “We warned before Christmas that we were heading towards a national social care emergency. The sobering reality of this is now becoming starkly clear.

“Each council is taking extraordinary steps and a majority say they need to prioritize the most basic and essential care in at least some areas for some time.”

A previous survey by the charity suggested that local governments had increased the volume of home care by 15 per cent in just three months last year.

But more than 400,000 people were waiting for their care needs to be assessed or verified, or for support packages to be provided.

The rapid spread of the coronavirus and wage increases in other industries have exacerbated labor shortages, with more than 100,000 vacancies across the country.

Agencies that employ them say an average of 14 percent of their employees are on sick leave or isolated.

The new survey found that 49 municipalities are taking at least one exceptional action to prioritize care and assess risk for at least part of their area for some time.

In some cases, staff are unable to assess risk and are forced to leave people with dementia, learning disabilities or poor mental health in isolation or alone for longer than usual.

Mr Chandler said: “These are decisions no one wants to make and many are unacceptable. They are drastic measures and must not become the norm.

“Repeatedly, opportunities have been missed to ensure adult welfare is resilient enough to withstand Omicron’s challenges.

“Any money that was provided was welcome, but too little and too late.”

The association is asking the government to pledge at least an additional £7bn a year, rising to £9bn by 2024-25, and a minimum wage for social care equal to what the NHS pays for similar work.

It states that a larger share of the new health and welfare tax, which is to be added to Social Security from April, should go to social welfare.

The government said it was doing everything it could to support nursing staff.

A spokesman for the Department for Health and Social Care said: “Nurses work incredibly hard and we are doing everything we can to support them, including with a £462.5million recruitment fund, the expansion of the Health and Care (workers ) and our “Made with Care” recruitment campaign.

“Over the course of the pandemic we have committed more than £2.9bn in dedicated funding to adult social care.

“More than 50 million PCR and 142 million LFD kits have been delivered to care homes and we have invested a further £478 million to support safe and timely hospital discharges and get patients to the best place for their care and support to continue can.”