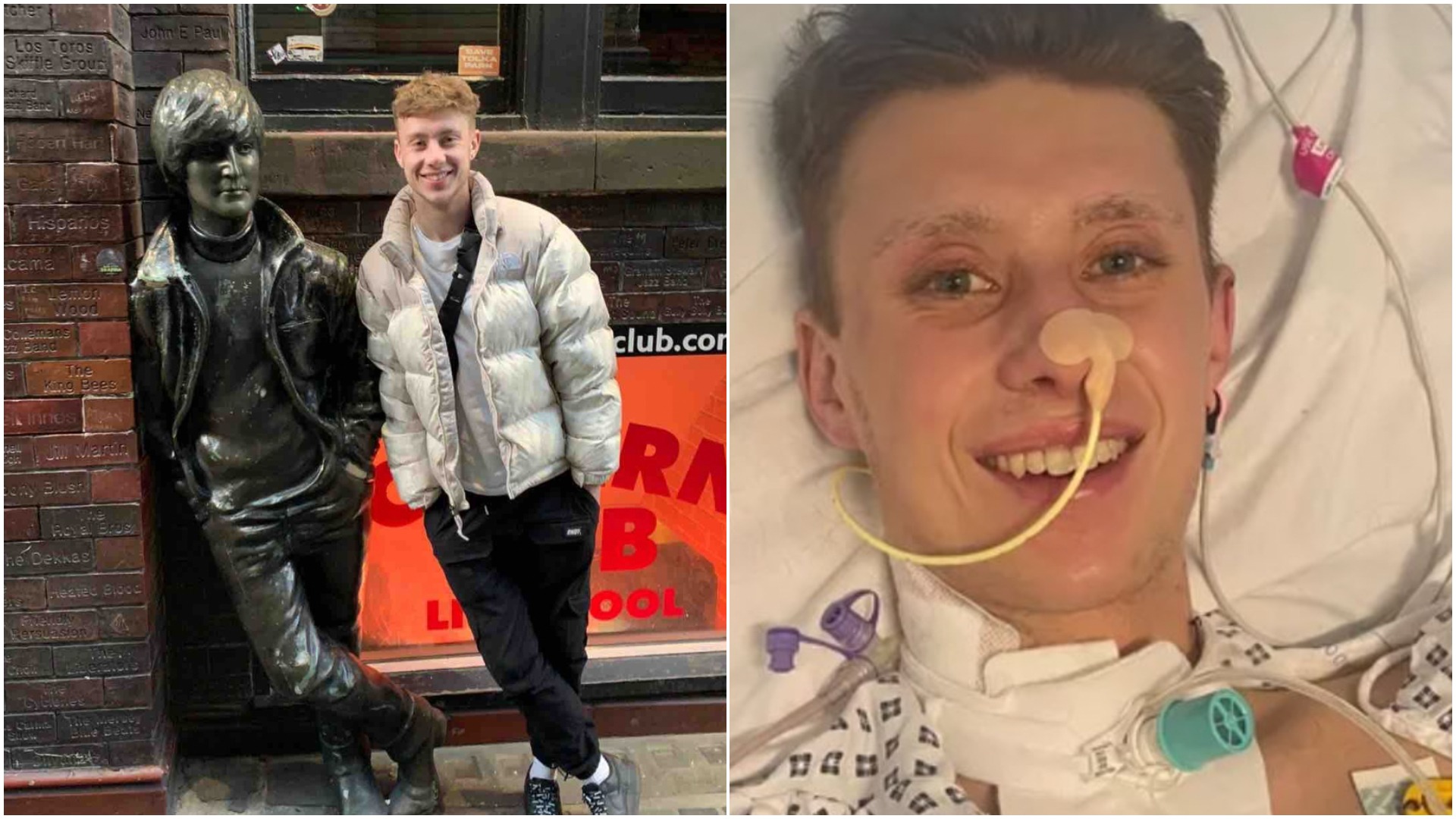 Levi Dewey, from Willington, will have surgery in the next few days after contracting a form of flu, pneumonia and later sepsis.

Levi’s family says doctors told them he was one of the sickest patients in the country at the time and had a 30% chance of survival.

The 20-year-old was a sporty boy who lived a fun and active lifestyle – he played football for Willington FC and stayed for life Derby County fan.

He had previously attended John Port Spencer Academy incircle and was apprenticed to JCB at the age of 16 before taking up a full-time position there.

But on December 7, 2022, Levi was taken Royal Derby Hospital with flu-like symptoms and breathing difficulties. His condition worsened and Levi, now a welder at JCB, went into septic shock and suffered multiple organ failure.

The doctors determined that he was suffering from iflu B and pneumococcal pneumonia.

Levi’s mother Lara Dewey, 47, said: “We were told fairly early on that Levi might lose his legs and need surgery. We were prepared for that outcome if it was to save his life.

“Obviously it will be life changing for everyone but this is something we can get through as a family and we have such a strong and positive support network. Levi has always had a positive attitude and his glass is always half full.”

After Levi deteriorated in Derby’s intensive care unit, he was transferred to Glenfield Hospital in Leicester for ECMO (extracorporeal membrane oxygenation) and full organ support.

He spent 20 days on ECMO – 14 of them in an induced coma. Levi was gradually weaned off organ support and off a ventilator at 31 days.

On January 9, Levi was returned to Royal Derby for further care, but two days later he was told he would require a below-knee amputation of both legs due to the severity of the sepsis he had contracted.

Now his family is raising funds to help him walk again – and have already raised over £52,000 by January 20th.

Mum Lara, a children’s practitioner, said: “We originally wanted to raise £10,000 but as you can see this has been exceeded and the response has been extremely overwhelming.

“It’s overwhelming and emotional and we are all speechless. It’s amazing how generously friends, family, colleagues, communities and even strangers have supported this cause.

“Initially, the money will be used to buy Levi a wheelchair and make improvements to the home, including ramps and shower facilities. As soon as he can walk again we will try to privately buy him the best possible prosthetics and any other equipment he needs.”