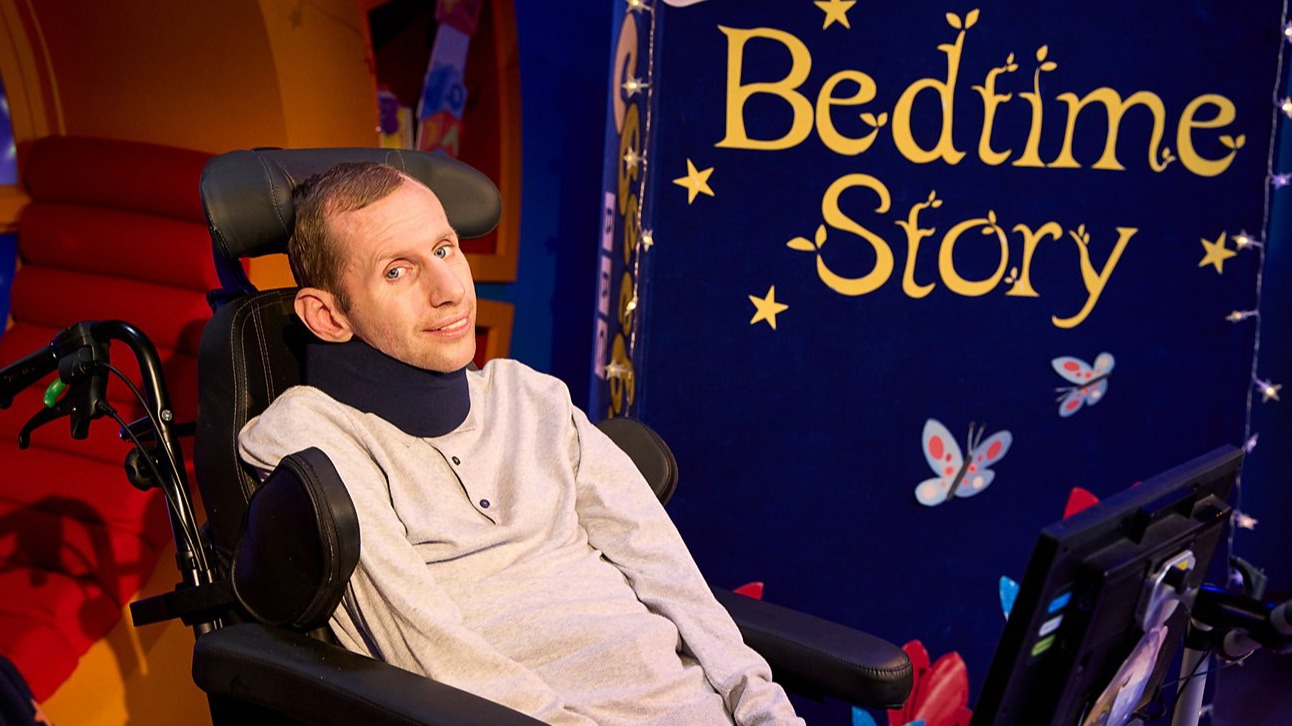 The former Scrum half, 40, will read Tom Percival’s Tilda Tries Again on Saturday, December 3 on International Day of Disabilities – about a girl who suddenly finds her world changing and things that used to be easy were, are more challenging.

The inspiring story tells how Tilda finds a new way to face her problems – and believes in herself.

It will be the first time on the BBC children’s program that a story will be read using the special eye-controlled system that replicates Burrow’s voice.

Burrow, who was diagnosed in 2019, said: “I used to love to read to my own kids as part of their bedtime routine. I was so excited and honored to have the opportunity to read a CBeebies bedtime story.

“Reading and literacy are so important. It doesn’t matter what disability you have, reading is accessible to everyone.

“Anyone can enjoy reading and develop a love of books and bedtime stories, just like me and my family.”

Burrow was joined into the studio by his wife, Lindsey, and two of their children, Maya, seven, and Jackson, three.

From the TV gallery, the youngsters directed their father, helping with the countdown and shouting “Action” as the cameras rolled on.

Burrow will follow in the footsteps of England and Tottenham striker Harry Kane, who appeared on the popular show in October to read a story about overcoming fear and finding your own lion through confidence.

Can I get an ambulance during the strikes?

Can I get an ambulance during the strikes?