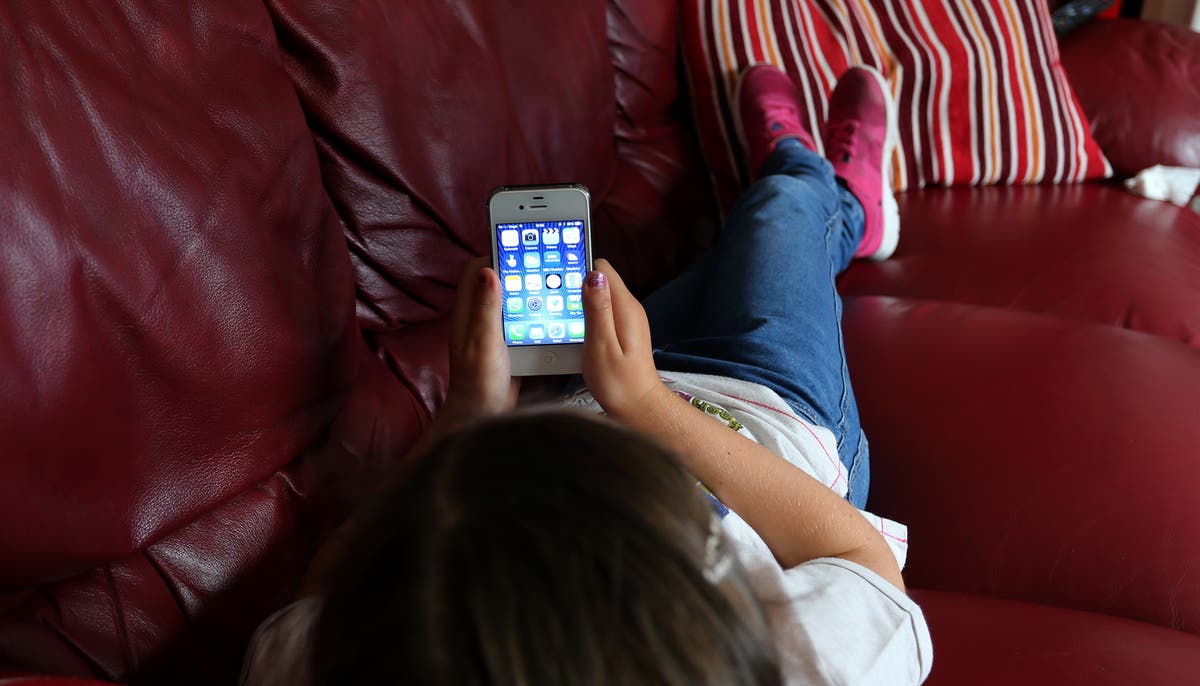 Blue light from phones and tablets can alter hormone levels and increase risk of early puberty in children, according to early research.

Blue light is believed to suppress the release of melatonin – a hormone that helps control the sleep cycle and has also been linked to delaying the onset of puberty in young children.

As children get older, their melatonin levels naturally decrease to allow for the onset of puberty.

Scientists now believe that suppressing melatonin through smartphone use may cause children to hit puberty earlier, which will also impact future fertility.

Their findings come from a rat study presented at the 60th Annual Meeting of the European Society for Pediatric Endocrinology.

dr Aylin Kilinc Ugurlu of Ankara City Hospital in Turkey, one of the researchers involved, said: “Because this is a rat study, we cannot be sure that these results will be replicated in children, but these data suggest blue light exposure could be considered.” risk factor for an earlier onset of puberty.”

The researchers used a rat model to see if exposure to blue light had an impact on reproductive hormone levels and the timing of onset of puberty in female rodents.

The lab creatures were divided into three groups of six and exposed to either a normal light cycle or six hours or 12 hours of blue light.

The team found that the first signs of puberty appeared “significantly earlier” in the two groups exposed to blue light.

They also found that the longer the exposure time, the earlier the onset of puberty.

There were also physical changes in her ovarian tissue with signs of cellular damage and inflammation.

dr Kilinc Ugurlu said, “We found that exposure to blue light sufficient to alter melatonin levels can also alter reproductive hormone levels and cause earlier onset of puberty in our rat model.”

The researchers said their findings deserve further investigation into the possible effects of exposure to blue light on hormone levels and onset of puberty in children.

dr Kilinc Ugurlu added, “Although inconclusive, we would advise minimizing the use of devices that emit blue light in prepubertal children, particularly in the evening when exposure could have the strongest hormone-altering effects.”

dr Commenting on the findings, Amy Orben, Research Unit Program Manager at the MRC Cognition and Brain Sciences Unit, University of Cambridge, who was not involved in the research, said: “The effects of blue light on young people and sleep are still under-researched and unclear, even in humans.

“This study, conducted on rats, gives us little to no clues as to what would be found in human children.

“Moreover, long-term exposure to pure blue light is not an accurate reflection of young people’s screen use.

“This is especially true for the 12 hours of blue light conditions in the study, which would have created a very stressful environment for the rats.”