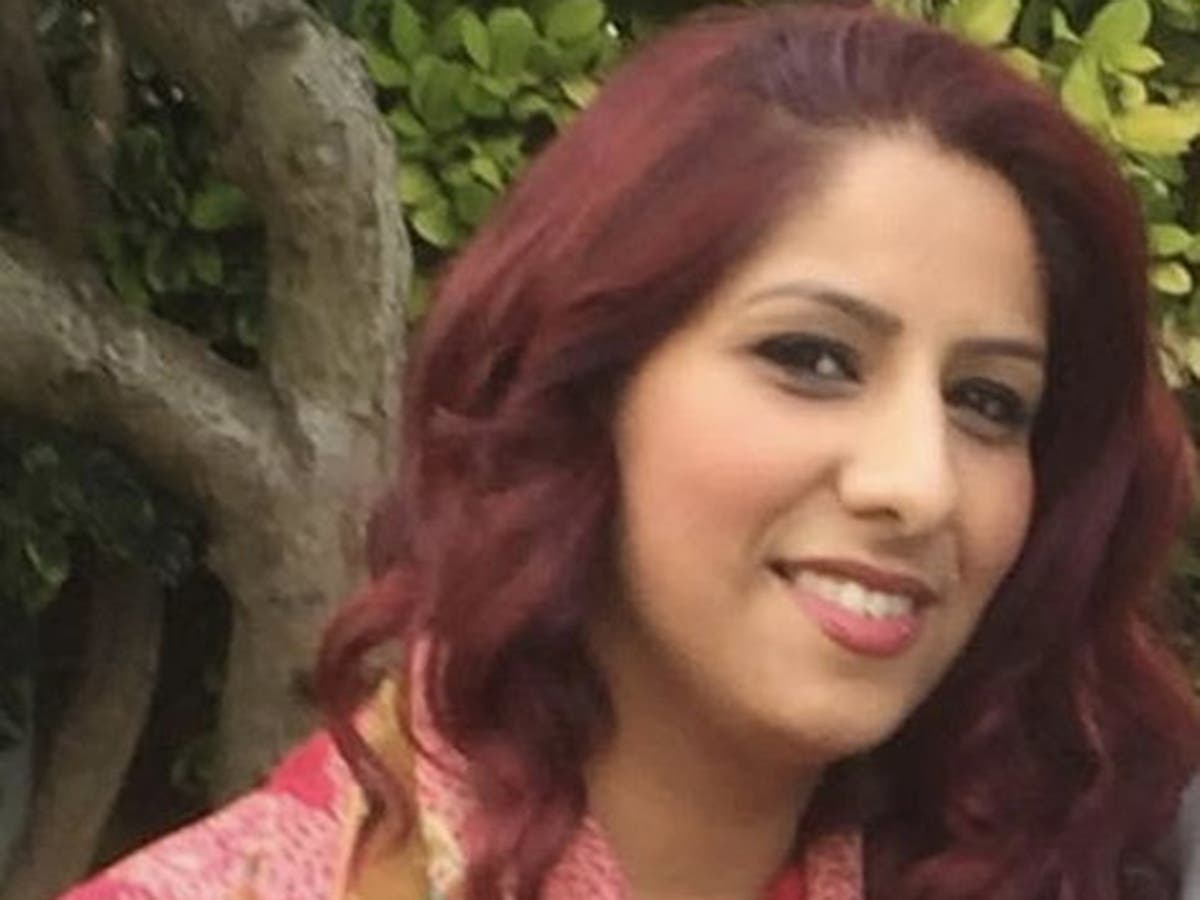 A pregnant woman and her baby died two days apart after contracting Covid and were transferred to an unsuitable ward to treat her illness, an inquest has found.

Sumera Haq, 37, was eight months pregnant with her third child when she contracted the coronavirus and began experiencing severe abdominal pain and increasing shortness of breath.

She was taken to Whipps Cross Hospital in Leytonstone, east London, and initially treated in a maternity ward.

Two days later, on August 9 last year, the elementary school teacher was transferred to an infirmary after her respiratory function deteriorated, but her condition worsened and she went into cardiac arrest three days later.

Their daughter Ayra Butt was delivered by caesarean section but she had no signs of life and although medics tried to revive her, the baby was pronounced dead just 15 minutes after birth.

Ms Haq received emergency treatment but her condition, caused by Covid pneumonitis, continued to deteriorate and she died on August 14.

An inquest at the East London Coroner’s Court found Ms Haq was inappropriately transferred to an infirmary and died due to a lack of clinical guidance.

There is also a lack of “multidisciplinary planning” and close monitoring, as well as “appropriate escalation” due to their pre-arrest deterioration, the hearing said.

Kasim Butt, her husband, described the last year as “a living nightmare” after suffering the double heartbreak of losing his wife and daughter.

He said: “It’s almost impossible to find the words to describe the hurt and pain our family is feeling.

“The last year has been a living nightmare that I wouldn’t wish on anyone.

“Sumera was a wonderful wife and the best mother a child could wish for. She did everything she could to help others, and her death at an age when she was approaching her prime was particularly difficult to process.

“These few days and trying to come to terms with the death of Ayra while Sumera is also slipping away from us is something I’m not sure I’ll ever get over.

“When I saw Ayra, she was beautiful. I just held her and cried my eyes out. I will cherish the small but precious time I had with her.”

Ms Haq, who tested positive for Covid-19 in late July, was rushed to Whipps Cross by ambulance on August 7 after complaining of severe abdominal pain and increasing shortness of breath.

She had sought medical advice about her symptoms in the days before.

Medical observations showed Ms Haq was suffering from an acute kidney injury, and as of August 11 her hemoglobin levels – the protein that carries oxygen around the body – were found to be worryingly low, the inquest said.

Her condition worsened in the early hours of the following morning, the hearing said.

At 7am she was given blood thinners and not long after that the emergency buzzer was rang and she required help from medical staff.

Her observations were monitored and her condition continued to deteriorate. Shortly after 9 a.m., Ms. Haq went into cardiac arrest.

It was decided to deliver Ayra by caesarean section at 9.30am, but Ayra was born without signs of life and resuscitation was started.

Ms Haq was taken for emergency surgery where doctors found a hematoma – a collection of clotted blood – in her abdomen but could not locate the source of the bleeding, the examination found.

Surgeons performed a hysterectomy and Ms Haq was transferred to intensive care and put on a ventilator, but her condition continued to deteriorate and she died.

The investigation revealed that she died of multiple organ failure, abdominal bleeding, a Covid-19 infection and pneumonia.

Coroner Nadia Persaud recorded a narrative conclusion, noting that the infirmary to which Ms Haq was transferred “was not an appropriate clinical setting for her”.

She should not have been given blood thinners and no “appropriate emergency measures” were taken before she went into cardiac arrest, the coroner said.