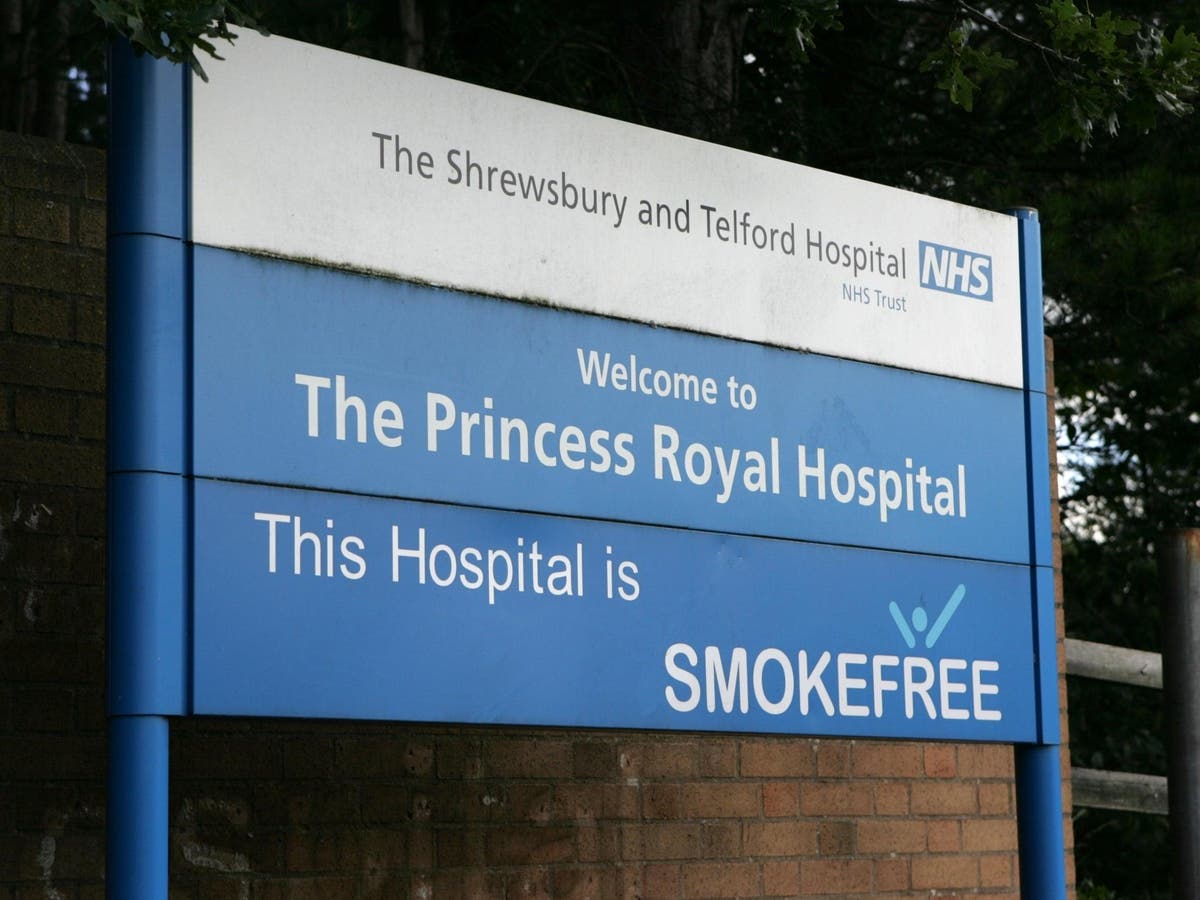 Elderly patients were held for hours in ambulances outside A&E at a hospital ravaged by nursing scandals, a report found.

However, the CQC noted that the hospital had improved its services, which “would lay the foundation for vastly improved patient care”.

The inspectors also found patients waiting behind the ambulance for a long time. In one incident, the CQC reported that an elderly patient with a hip fracture had waited more than three hours in an ambulance, adding, “Many other patients over the age of 75 had waited between two and three hours before reaching the emergency room”.

Previously it was found that the trust had left patients in corridors while waiting, but a change in approach has resulted in them having to wait in ambulances.

The report on SATH comes amid mounting concerns about delays in the ambulance sector caused by long waiting times for ambulances to hand over patients to A&E.

The Shrewsbury and Telford Hospital Trust is one of the worst culprits for delays in ambulance delivery in the West Midlands. According to the CQC, the percentage of patients on the SATH who waited outside the emergency room in an ambulance for more than 60 minutes was higher than the average for hospitals in the Midlands and England as a whole.

However, in its report, the CQC said, “While this was not what the department’s senior staff wanted, it allowed patients to be monitored by a paramedic while they waited to be transferred to the emergency room.”

The Shrewsbury and Telford Hospital Trust is at the center of the biggest pregnancy scandal in history. A final report of an independent investigation led by Donna Ockenden into more than 1,200 allegations of damage is due to be published later this year.

In its report, the CQC reiterated concerns about the safety of the Foundation’s maternity staff, but noted several improvements.

It states: “The midwives’ staff showed an enormous degree of resilience, as they were able to continue to care for women and babies at a high level and to maintain a positive and caring attitude under extremely difficult circumstances.

“The maternity department was under significant scrutiny following the publication of the first Ockenden review (independent review of maternity services) and during the Covid-19 pandemic. This was on top of the ongoing challenges of the maternity service with the stability of the senior maternity management team, which continued to impact staff. “

Louise Barnett, General Manager of SATH said: “In incredibly difficult circumstances, progress has been made in key areas and much has been done to improve the way we work and care. Our team has shown tremendous dedication and dedication and I want to thank them for their extraordinarily hard work in making these positive changes.

“However, the report also highlights how much remains to be done to improve the trust. We are determined to build on these advances and use this and the report as a stepping stone to deliver excellent care to patients and families in our communities in all of our services. “

Ted Baker, chief inspector of the CQC’s hospitals, said: “I am aware of the tremendous pressure NHS services are under across the country and that normal expectations cannot always be maintained, but it is important that they do everything do what they can to mitigate the risks to patient safety ”while facing that pressure.

“Despite this pressure, trust has advanced. It has benefited from more effective leadership that has helped drive improvements, and it has a much better understanding of the challenges it faces.

“However, risk management remains inconsistent and we cannot be sure that it is doing everything it can to keep people safe.

“This is particularly worrying for emergency and emergency care at Royal Shrewsbury Hospital, where people were not always assessed in a timely manner to identify their needs, which means staff did not know whether or not people needed urgent treatment. “