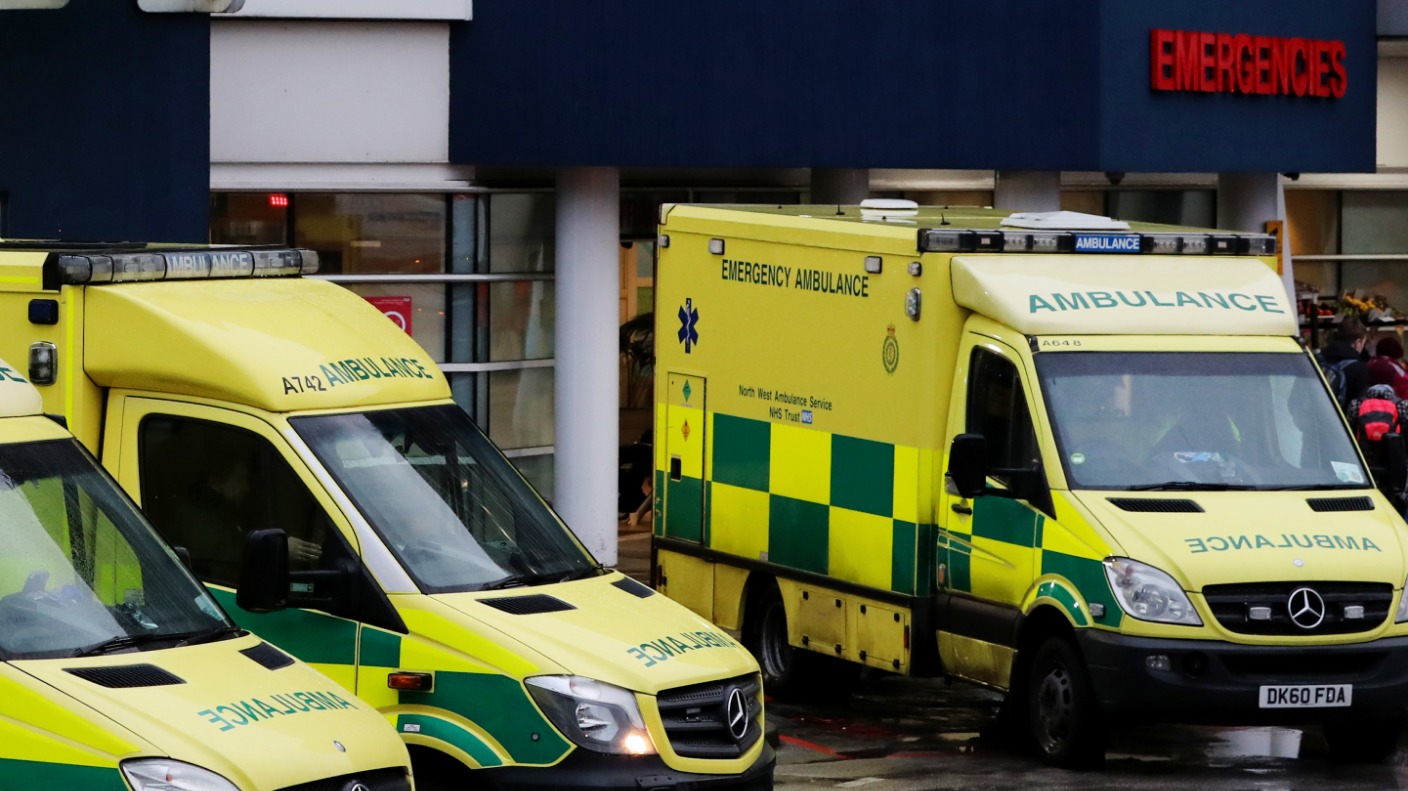 NHS England data shows that the national average for response to incidents such as cardiac arrest is around 10 minutes and 57 seconds.

The goal is seven minutes.

For Category 4 – not urgent but requiring assessment – the Northwest has the second-longest wait time, averaging six hours and 14 minutes.

Ahead of this week’s emergency services strike, paramedic David Robb told Latest Page News Granada Reports how hard it was for staff to wait for hours to discharge patients from hospitals.

The figures also showed that the proportion of patients seen in England’s emergency departments within the four-hour target fell to a record low of 65% in December.

A record 54,532 people waited more than 12 hours in emergency departments in England in December – a number recorded from the decision to admit to the actual admission.

How did the Northwest fare?

When it comes to A&E, 1,306 people waited more than 12 hours at Liverpool University Hospitals NHS Trust.

“Patients call their doctor for help in frustration”

On Monday December 9, Liverpool GP Rob Barnett told Latest Page News Granada Reports that many patients waiting in the emergency room will be frustrated and turn to their doctors for help.

“I’m not sure what has to happen for politicians to accept that we’re in a mess,” he said.

A record average of 14,069 hospital beds per day over the past week (to January 6) in England have been occupied by those ready to be discharged.

Only 38% of patients willing to leave the hospital were actually discharged, up slightly from 37% the previous week.

North West England had the lowest redundancy rate – just 28% – meaning 72% were not made redundant when they finished.

Some trusts discharged only about one in 20 medically healthy patients, with rates as low as 6% at Southport & Ormskirk Hospital and just 5% at both Liverpool University Hospitals and the Stockport Foundation Trust.

In a statement, a spokesman for the NHS North West said: “The NHS across the country is going through a period of exceptional pressure, with demand for services at exceptional levels, the North West region is no different.

“We are working with partners across our health and social care systems, including those in local governments, to address the challenges we continue to face related to the layoff and to ensure system-wide action is taken throughout the North West.

“In addition, we continue to urge the public to support us when a loved one is in hospital ready to be discharged and they can help get them home as soon as possible to free up beds for urgent patients.

“The public can also help us manage the high demand we are seeing by ensuring you seek help from the most appropriate health services, NHS 111 online 24/7 for advice on the most appropriate care for yours Capitalize on needs and only attend A&E when seriously ill or injured. This will help us keep these services free for those who need them most.”

Woman found in damp apartment could have been dead for months

Woman found in damp apartment could have been dead for months