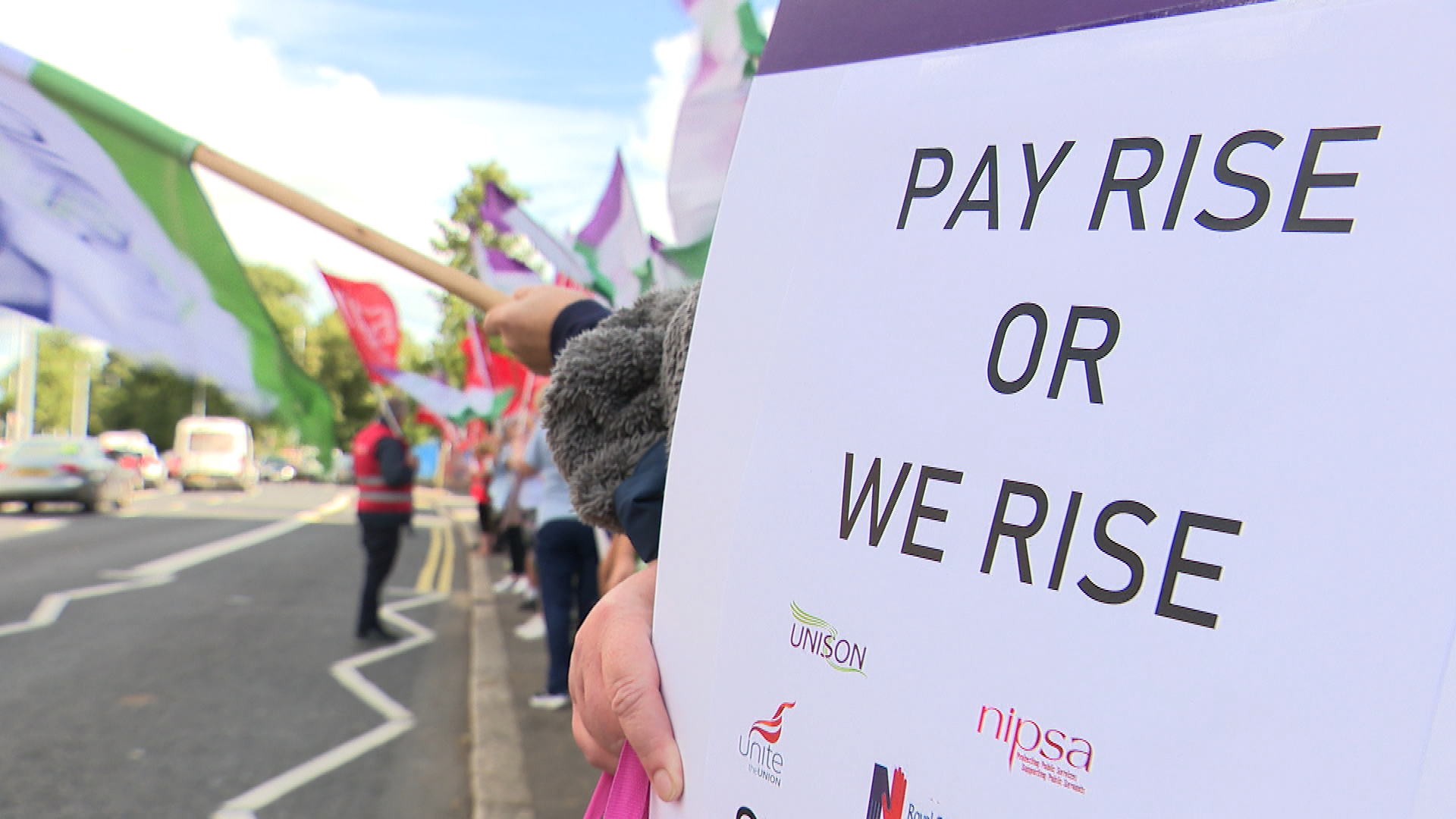 According to the union, NHS workers in Northern Ireland are “now the lowest paid part of the UK NHS workforce”.

While staff in England and Wales have received a pay rise of at least £1,400, healthcare workers in Northern Ireland are yet to receive a pay rise for the 2022-23 financial year.

Anne Speed, Head of Bargaining and Representation, said: “You have seen and heard the Foreign Secretary’s comments as he announced his determination of the financial budget for Northern Ireland.

“They noted that while he exhorted NI politicians for not restoring the Executive and Assembly, he had nothing to say to the thousands of health workers waiting for a pay rise since last April.”

The union added that next week’s action will be non-strike, but further action is planned for Monday 12 December.

Ms Speed ​​continued: “We wrote to the Foreign Secretary on her behalf two weeks ago, advising that wage parity had been broken again. He did not answer.

“The assumption that health workers will just suck it up is foolish. You won’t. You can’t afford it. The cost of living crisis is profound.

“Workers are not willing to be pawns in solving political problems. All unions want decentralization restored immediately.”

It comes after the Royal College of Nursing (RCN) announced its members will stage their first national strike on Thursday 15 December and Tuesday 20 December.

Ms Speed ​​added: “Recruiting and retaining staff will create further difficulties. A decent raise could persuade those leaving the service to stay. Healthcare users also rely on our efforts to stabilize and retain the workforce.

“A strike action is also planned for December 12 and employers will be informed of the full extent of this action in the coming days.”