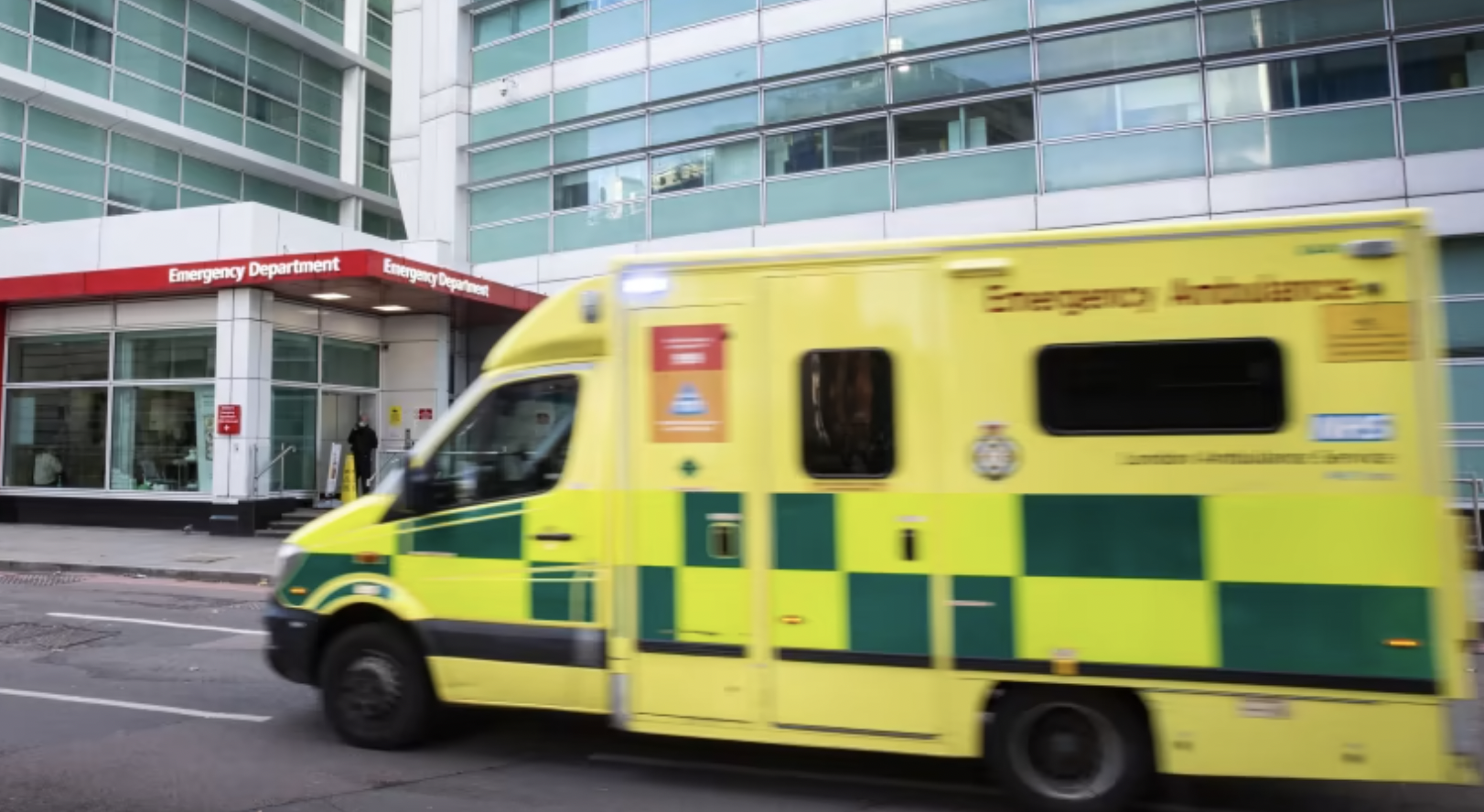 The stats this year are focused on the week of January 2-8.

Patients in Cornwall face wait times nearly four times the national average, with 72% of people waiting more than an hour to be admitted to hospital.

This was the fourth worst in the country of the 138 registered trusts.

Not far behind is Plymouth, which is still well above the national average with 67.3% of people waiting over an hour to enter, and Torbay’s figure is 62.7%.

A woman from Tavistock told Latest Page News West Country her father chose to die at home rather than risk dying in the back seat of an ambulance.

Jo Agnew, Patrick Agnew’s daughter, said her father receives excellent healthcare but made the choice after his own experience of long delays in hospitals.

“He chose to die at home,” she said. “He was given the option to go to the hospital but was told it would be an emergency room through A&E and they could not guarantee him a bed in the hematology ward where they had previously taken care of him.

“Because of that, he didn’t want to have to sit in the ER for 10 hours or more, which he did the last time he had to go in.

“So he decided home was where he wanted to be, where it was peaceful and quiet and he and I, my mom and my sister were there to take care of him.”

The problems facing the NHS continue to be a point of discussion between government and opposition parties.

Richard Foord, Liberal Democrat MP for Tiverton and Honiton, said: “People are dying from these delays and instead of fixing the problem the government seems fixated on attacking ambulance staff.

“Liberal Democrats are calling for a bailout of the NHS and Social Care to get people the emergency care they need.”

Downing Street said the figures were “manifestly unacceptable” but that the Government was “very focused” on improving the performance of the NHS.

In Gloucestershire, the number of patients waiting longer than an hour to be handed over is also high – around 60.6% of people wait that long to be admitted to hospital.

North Bristol NHS Trust has found that 46% of patients have waited that long and at Bristol University Hospitals and Weston NHS Foundation Trust the figure is slightly lower at 47.7%.

Wait times for ambulance calls in the south west in December are also the worst in the country, according to figures released by NHS England.

The region performed worst in responding to Category 1, the most life-threatening illnesses and injuries, as well as Category 2, emergency calls such as a heart attack or stroke, and Category 3 calls, which include urgent calls such as late labor.

The average response time in the South West for Category 1 calls was 13 minutes and 11 seconds, with one in ten emergency calls waiting at least 23 minutes.

This is higher than the national average of 10 minutes and 57 seconds.

This is again higher than the national average of one hour, 32 minutes and 54 seconds.

A spokesman for the Prime Minister said the NHS is currently under extreme pressure but is not in a “crisis”.

They added that the government is spending record sums on the NHS.

Health and Social Care Secretary Helen Whately MP said: “We are supporting the NHS in tackling this problem. One of the things we’ve done is invest £500m to get people out of hospital.