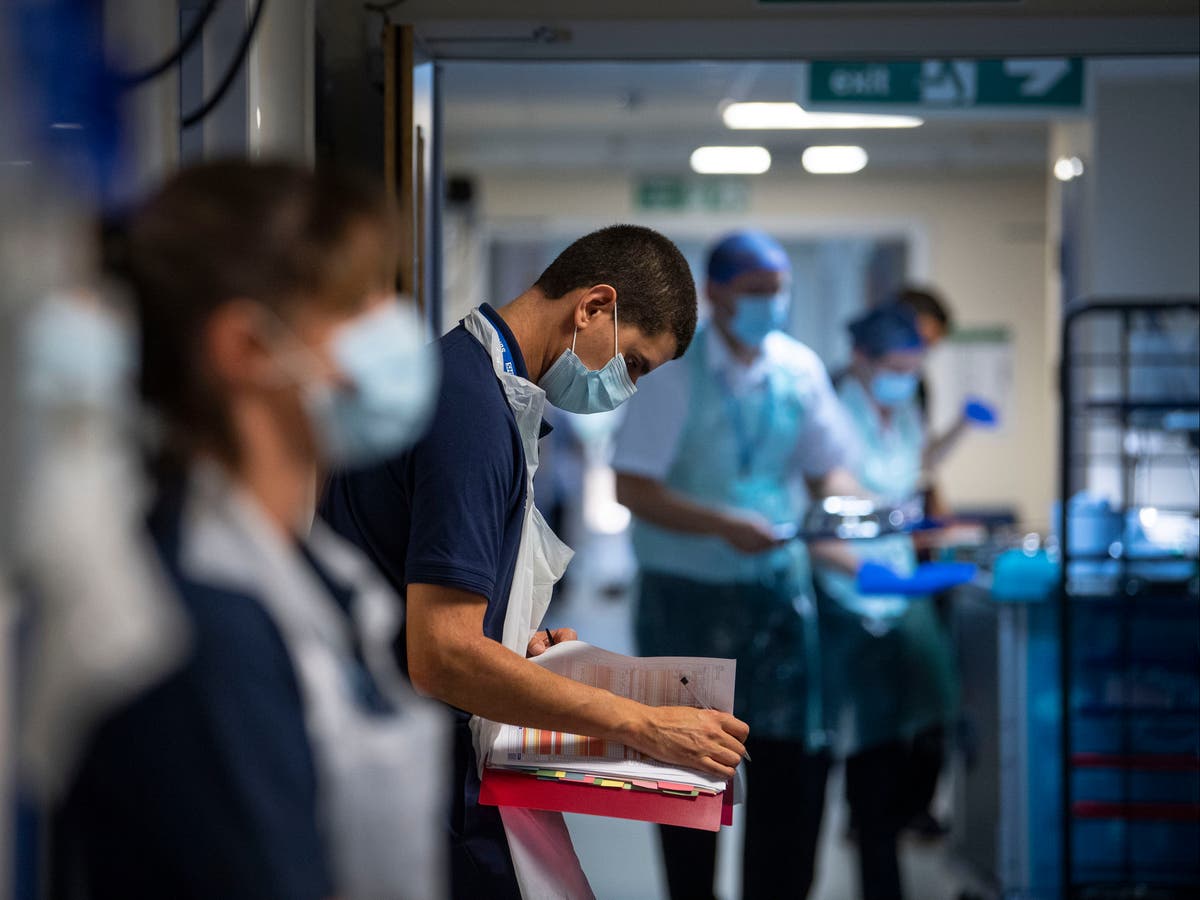 NHS bosses fear the system will fail “the toughest winter in history” amid staff shortages and loss of beds after the pandemic, a new report said.

Hospital managers have also called for “emergency measures” from the government to stop social care workers leaving after fears that mandatory vaccines could drive workers into retail jobs.

Of nearly 200 NHS executives, more than 80 percent said they were concerned that welfare was “under-funded” as concerns exist that shortages in the care sector will make it difficult for NHS patients to discharge.

NHS providers – who all represent trusts in England and have conducted a survey of executives – have urged the government to offer social care workers bonuses of up to £ 500 to discourage them from doing Christmas jobs in other sectors.

Last week The independent one found that nursing home providers were forced to refuse layoffs from the NHS due to staff shortages due to legislative changes requiring caregivers to be fully vaccinated against Covid-19.

Chris Hopson, CEO of NHS Providers, said: “The message from the shop stewards is loud and clear: Measured against the pressure the NHS is currently under, the service is heading for the toughest winter in its history.

“The current number of Covid cases is significantly lower than the high at the beginning of the year, but if we consistently push our health and care system to the limits of its capacity, it doesn’t need a lot of additional pressure to increase the risk to patient safety and quality of care. “

He said the loss of NHS beds due to Covid, shortages in health and care and the resources needed for vaccination campaigns “are all coming together to create a lot of additional pressure”.

On Sunday The independent one found that 160,000 patients were harmed last year due to delays in ambulance response times.

A Southwest trusted leader was quoted in the NHS providers report: “We are seeing unprecedented demand in the emergency and emergency care pathway. This is not sustainable with the current personnel model.

“A revised personnel model cannot be achieved in the current financing model.”

More than half of hospital directors, 52 percent, said they were concerned about receiving support from national NHS authorities and the Department of Health and Welfare because of the pressures in their area.

The main results of the NHS provider survey were:

– Almost all managers were concerned about the extent of burnout within their workforce.

The news comes after the Royal College of Nursing warned that patient safety was at risk, that the NHS is at risk of coming under pressure.

RCN’s UK Director Patricia Marquis said in a statement: “Talk to any nurse and they will tell you how concerned they are for both their patients and their colleagues.

“They have long known how the pressures are growing, and they can see the risk to patient care every day in all areas of healthcare and nursing.

“This came long before the pandemic and is a direct result of a long-term failure to invest in nursing staff.”

On Tuesday, the Royal College of Physicians also announced that the NHS has had its highest number of medical advisor positions since 2013, and warns that 48 percent of medical adviser positions across the UK were unfilled because there were no applicants.

Dr. Andrew Goddard, President of the Royal College of Physicians, said, “We are being hit by a perfect storm of high service demand and under-staffing. This cannot go on. The fact that so many positions were vacant because there were no applicants shows that the supply of doctors is clearly lagging behind the demand.

“We need a clear commitment from the government to publish regular staff forecasts so that we know how many employees need to be trained to meet future needs.”