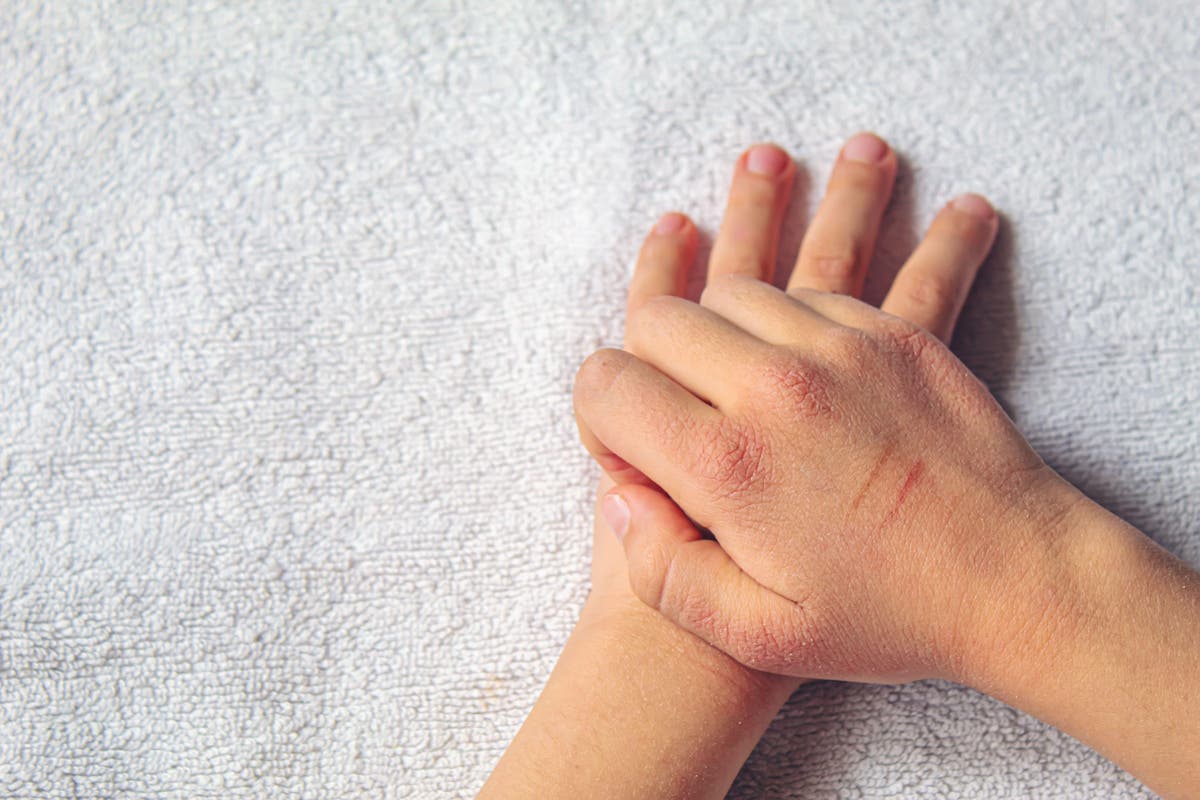 A new drug therapy for treating moderate to severe eczema in young children has been shown to be “safe and highly effective” in clinical trials.

An international study published in The Lancet magazine showed that dupilumab improved the severity of skin disease within two weeks in patients aged six months to six years.

The children and their parents also reported improved sleep and quality of life.

Based on the results, doctors believe the treatment could soon be approved for children under the age of six in the UK after it was launched in the US in June this year.

Dupilumab is already approved in the UK for adults and children aged six to 18 years.

dr Peter Arkwright of the University of Manchester, principal investigator for the Manchester portion of the study, said: “Young children and infants with moderate to severe eczema have a significantly reduced quality of life.

“It’s also incredibly stressful for their families, especially since the children’s sleep is so disrupted.

“The fact that infants and young children with moderate to severe eczema are undertreated with creams means they have a high unmet medical need.

“We are very pleased that dupilumab has brought about a clinically meaningful improvement with an acceptable safety profile.

“It will revolutionize clinical practice worldwide.”

The phase 3 clinical trial, sponsored by biotech companies Regeneron and Sanofi, enrolled 162 children from around the world, including patients from Manchester Children’s Hospital.

Of the 162 participants, 83 received dupilumab injections every four weeks and 79 received placebo, in addition to standard therapy with a low-potency steroid cream for 16 weeks.

Results showed that 28% of patients who received dupilumab achieved a global skin score of 0 or 1, indicating complete and near-complete healing of the skin at week 16.

In addition, more than half (53%) of the children showed at least a 75% reduction in signs of eczema and a highly significant reduction in itching, along with improved sleep.

Eczema is a condition that causes the skin to become itchy, dry and cracked.

It is more common in children, often develops before their first birthday, and is usually a long-term condition, although in some children it can improve markedly or even clear up completely with age.

Where is Hurricane Ian now? Live radar and map streams to follow the storm

Where is Hurricane Ian now? Live radar and map streams to follow the storm