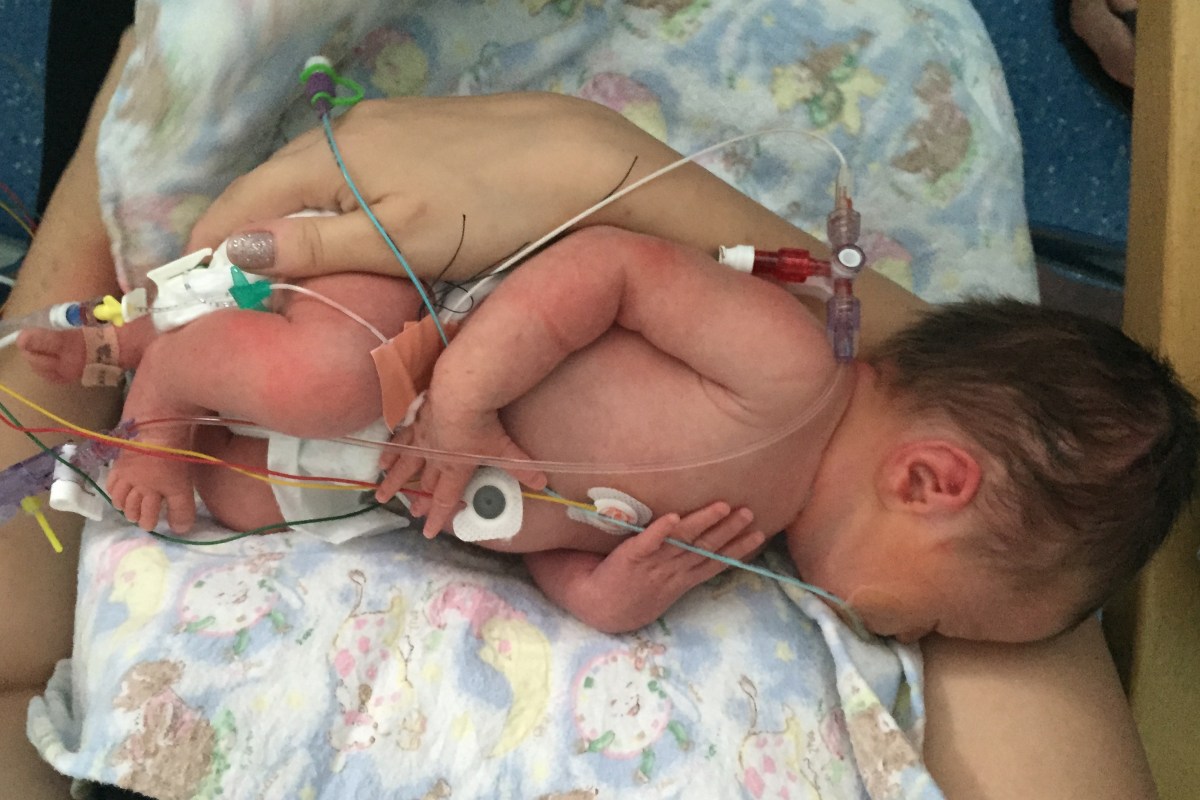 THREE mothers shared their horror after discovering that their own bodies were poisoning their unborn babies.

Affected by rare blood diseases, their newborns are at risk of dying both in the womb and after birth.

Nicola Hallam, 36, was told that her son Finlay could die just four hours after he was born.

Just hours after Finlay was born in 2012, she was told that her immune system had attacked him in the womb.

In around 10 percent of pregnancies, the mother and baby have different blood types and are considered incompatible.

This can become a problem if a small amount of the baby’s blood gets into the mother’s body and it is unrecognizable and viewed as a foreign threat.

The mother’s immune system reacts by making antibodies to fight and destroy the “foreign cells” known as rhesus disease.

These antibodies then naturally migrate across the placenta into the baby, where they begin to destroy the baby’s blood, causing anemia, internal bleeding, fluid retention, and heart failure.

Nicola of Forest Town in Mansfield said, “About four hours after he was born it became clear that too many antibodies were left on me and destroyed his red blood cells.

“I was told that there was a very high probability that Finlay could die or, at best, be brain-damaged.

“It was extremely traumatic, but the doctors were amazing.”

Nicolas story isn’t unique as two other mothers remember the horror when they discovered their own bodies were killing their babies.

Steph Davis, 39, of Eastleigh, said she felt “numb and helpless” when doctors discovered that her son Aiden had a “fight in the blood.”

Meanwhile, Kes Earl, 24, had “the toughest week of her life” when her son Trevor began to bleed his organs.

All the youngsters survived thanks to the miracle medicine that relies on the kindness of strangers.

They were given life-saving immunoglobulin drugs to calm the immune cells attacking their blood.

Immunoglobulin, which is used for 50 different diseases, is made from donated blood plasma.

It is given to 17,000 people annually, sometimes babies and children in life-threatening situations.

However, over the next five months, an additional 30,000 people will need to start donating plasma to the NHS Blood and Transplant Service (NHSBT) to maintain stocks.

Nicola said, “You don’t realize the importance of plasma until you, or someone you love, needs it. Donors saved my little boy’s life and I am very grateful to the people who donate.

“I didn’t know what immunoglobulin really was when it was given to Finlay.”

Finlay had what is known as hemolytic disease in the newborn.

Chances are his sister Darcie was having the same problem, as Nicola had made antibodies against Finlay’s blood type.

When Nicola became pregnant with Darcie, she received four months of weekly one-day immunoglobulin therapy before giving birth in 2015.

Nicola said, “It could slow the rate at which the antibodies pass from me to Darcie, and thus delay the time the baby gets seriously ill and anemic.

“The idea was to buy a few more weeks of pregnancy. It worked amazingly well.