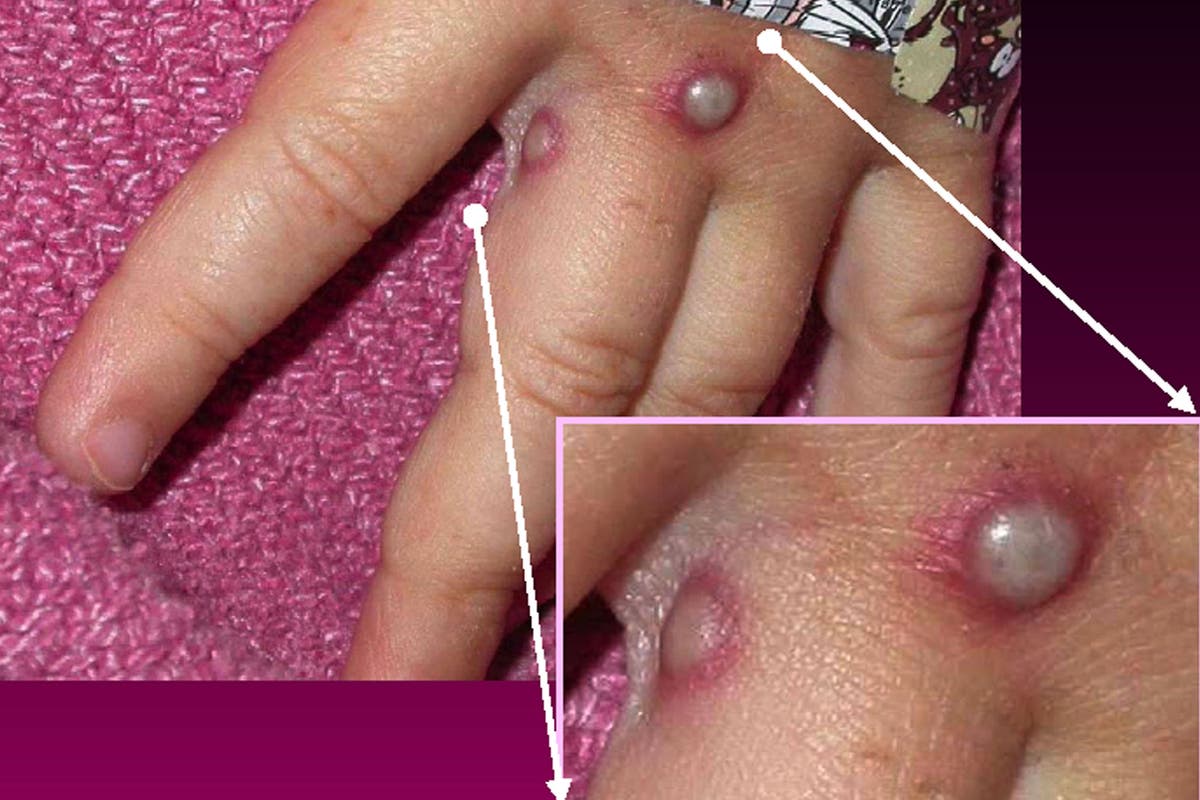 Four more cases of monkeypox have been detected in the UK, bringing the country’s total to seven, health officials have announced.

Britain’s health security agency said the new cases, identified in London and north-east England, had no known links to the previous three infections, as it warned there was evidence of community transmission of the disease.

Urgent inquiries are underway to establish links between the last four infected people, who are gay or bisexual, who appear to have contracted the virus in London, UKHSA said.

Some of the patients receive medical care in specialist infectious disease wards at the Royal Victoria Infirmary in Newcastle upon Tyne and the Royal Free Hospital and Guy’s and St Thomas’s in London.

None of the newly infected people have traveled to a country endemic to monkeypox, a virus that kills up to 10 per cent of the people it infects, UKHSA said.

Seven cases have now been identified between May 6 and 15, the first of which had recently returned from Nigeria where they are believed to have contracted the infection.

“This is rare and unusual,” said Dr. Susan Hopkins, Senior Medical Advisor at UKHSA. “The evidence suggests there may be community transmission of monkeypox virus spread through close contact.

“We urge men, in particular, who are gay and bisexual, to be alert for any unusual skin rashes or lesions and to contact a sexual health service immediately.”

Due to the sudden spike in cases and uncertainty over where some of those contracted the virus, UKHSA health officials are working with the NHS to see if any infections have been missed in recent weeks.

International health authorities are also being contacted to see if other countries have seen a similar increase in cases.

As a mild, self-limiting disease that doesn’t spread easily between people, the risk to the general British population is low, the UKHSA said.

People without symptoms are not considered contagious, but those who have been in close proximity to those affected will be contacted to ensure they can be treated quickly if they do become ill, the agency added. Contacts from two of the four new cases have so far been identified by the UKHSA.

The seven people diagnosed with monkeypox in Britain have contracted the West African variant of the virus, which is mild compared to the Central African strain, health officials said on Monday.

Initial symptoms of monkeypox are fever, headache, muscle aches, back pain, swollen lymph nodes, chills and fatigue. A rash may develop, often starting on the face and then spreading to other parts of the body, particularly the hands and feet.

The UKHSA said clinicians should be alert to people presenting with rashes with no clear alternative diagnosis and turn to specialist services for advice.

Monkeypox can be transmitted through an animal bite or scratch, bodily fluids, contaminated objects, or close contact with an infected person. The infection is usually associated with travel to West Africa, where it is thought to circulate among certain species of rodents.

There is no cure for the virus. Symptoms typically appear between five and 21 days after exposure, while most people recover from the disease within a few weeks.

Britain reported its first cases of monkeypox in 2018, when three people contracted the virus after a man returned from Nigeria.

The virus first emerged in a human in the Democratic Republic of the Congo in 1970 and has since been detected in 11 Central and West African countries.