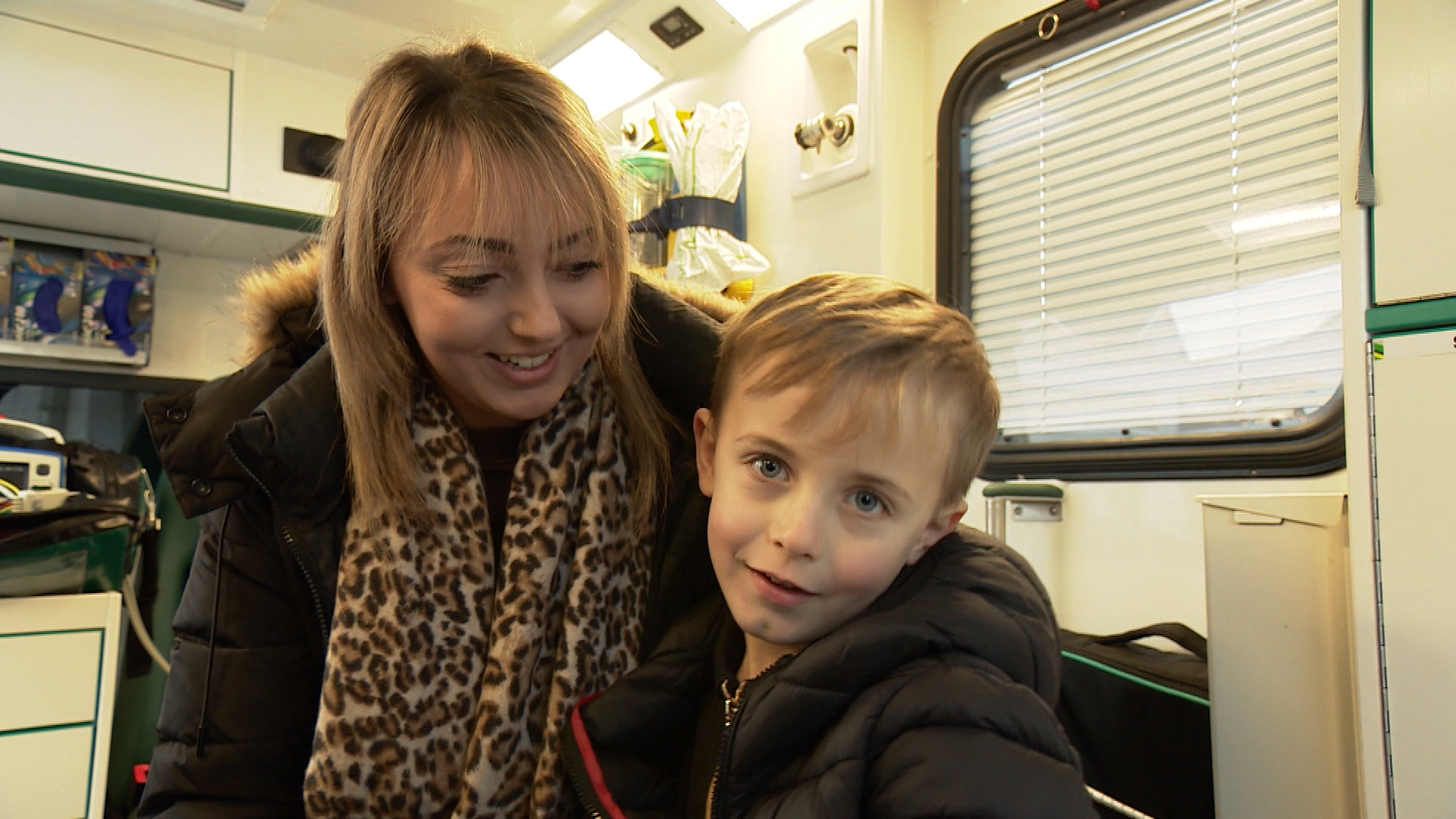 Colby Bridgman, now six and from Guernsey, calmly spoke to the emergency services and gave them vital information like his address so the ambulance could be dispatched quickly.

In the recording of the phone call, Colby is heard saying, “Mommy can’t breathe properly and we’re moving on [road name].”

He spells his first name and explains that his mother can’t speak because she’s lying on the floor with her eyes closed.

Colby continues to check on his mother and stays on the phone until help arrives.

He then knocks on the front door so the emergency services know where to find him.

They said: “Colby was amazing. He was calm, supportive, and so mature at a time that must have been really scary for him.

“He was so polite and kind and even gave us one of his special stones to thank us for looking after his mother.”

Colby’s mother, Jess Payne, joined her son when he received a special award from the Guernsey Ambulance Service.

She explained, “I’ve always wanted to make sure he knows he can call 999 just in case there’s an emergency… He did a really good job.”