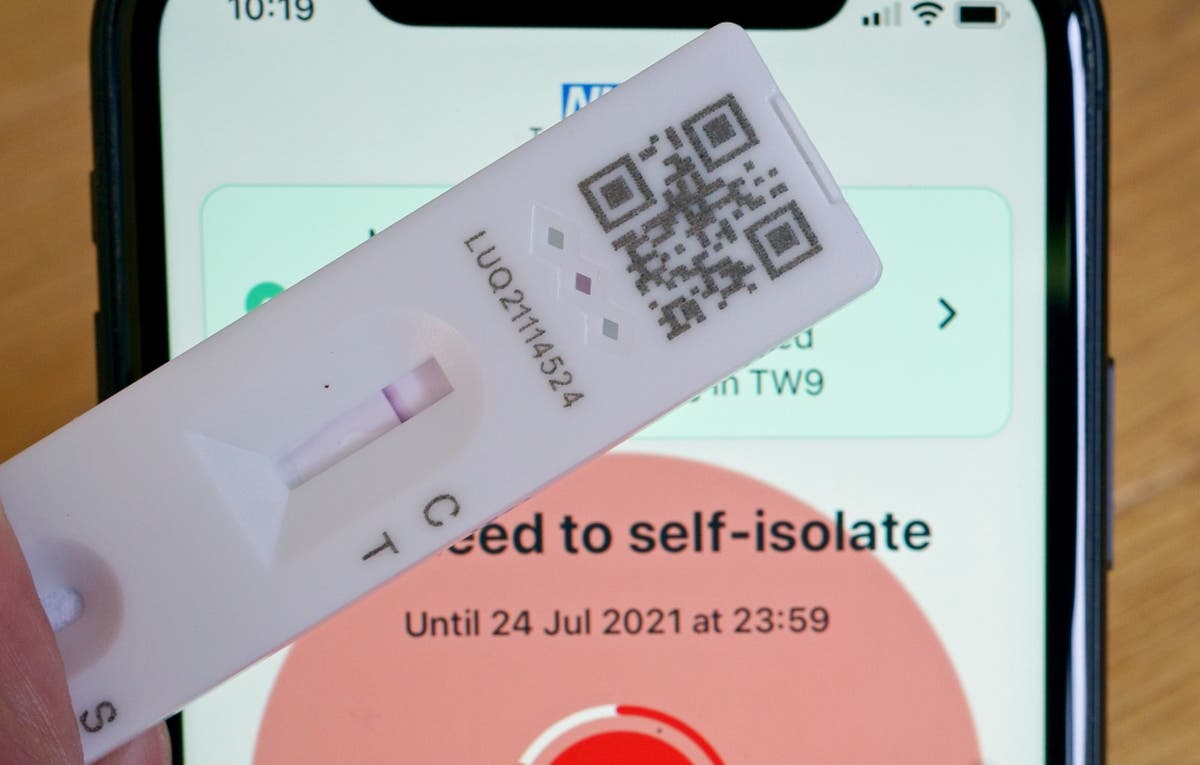 In the latest revisions to England’s rules to tackle the coronavirus, Boris Johnson’s government has decided that from Monday 17 if they later test negative twice.

Health Secretary Sajid Javid announced the cut on Thursday in England but said people would need to test negative on the sixth day to escape isolation.

The scientific evidence is that two-thirds of Covid cases “are no longer contagious after the end of the fifth day,” Mr Javid told the House of Commons, adding that any restrictions on people’s freedoms must be the “absolute last resort” and should not stay in place “a day longer than absolutely necessary”.

Currently, people are required to isolate themselves for seven days from the time they have symptoms or test positive – with release after two negative lateral flow test results on days six and seven.

The revised guidance applies to everyone, regardless of their vaccination status or what strain of Covid-19 they may have contracted.

Those who have not been double-stung and come into contact with an infected person will still need to self-isolate for the full seven days, but those who are vaccinated and encounter the virus do not need to isolate themselves, but it is recommended for to take daily lateral flows the next week.

If any of these are positive, indicating a “breakthrough” case, the patient should isolate for the full seven days and have a PCR test performed to confirm the result.

The Prime Minister previously warned of five days of isolation: “The risk is that you would increase the number of people returning to work contagious by a factor of three.”

However, he then changed course after further consultations with the government’s scientific advisors to reduce disruptions in the workplace as the Omicron variant continues to thrive and daily infection numbers remain high.

Staff shortages have continued to cause problems across the country over the past two months and the Government is desperate to avoid a repeat of the ‘pingemic’ experienced in the summer of 2021, when the overzealous NHS Test and Trace app fired up alerts, in which people were commanded to control themselves. isolate and unintentionally cause chaos.

Another recent protocol change means that from Tuesday 11 January, asymptomatic Covid patients who test positive with a lateral flow test will no longer require a PCR test to confirm the diagnosis.

Those without symptoms can start self-isolating immediately rather than waiting days for confirmation, which should further help ease the staffing shortage currently weighing on UK businesses while also easing pressure on overworked laboratories.

Anyone who tests positive is still advised to upload their result to the NHS system so Test and Trace can contact their close contacts, and those and those who are showing symptoms (high temperature, persistent cough and loss of sense of taste or smell ) betray, they are still instructed to aim for a PCR.