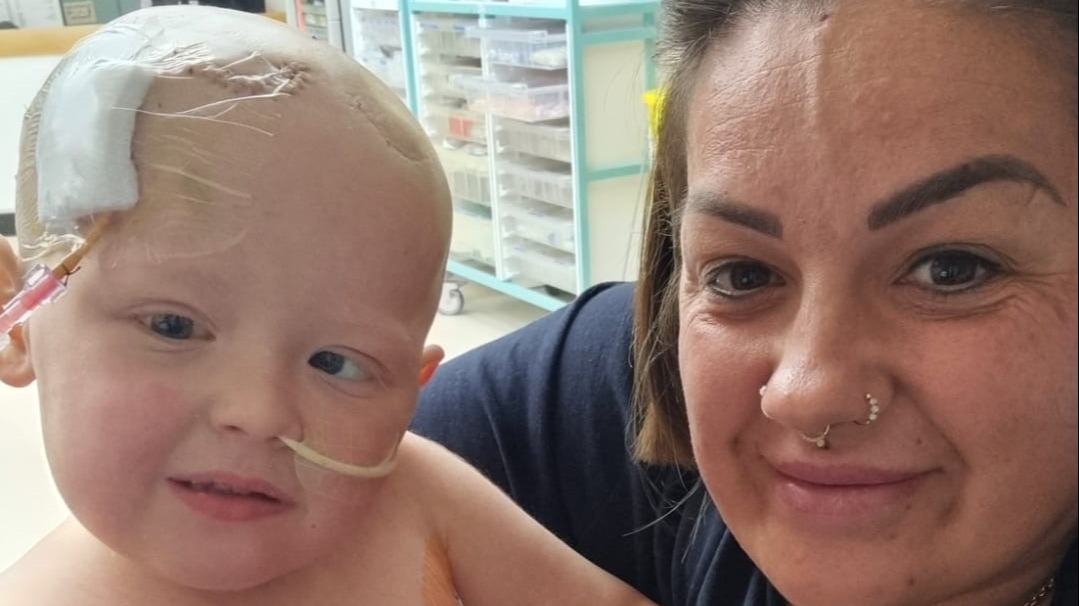 His mother Keiley, 37, said she had been told repeatedly her son was suffering from a viral infection.

But later he was diagnosed with medulloblastoma – a tumor in the primary central nervous system.

After surgery, chemotherapy and radiotherapy, the five-year-old is now preparing to ring the bell that will signal the end of his treatment.

Keiley said: “I’m so excited to see when Jett will ring the bell.

“I know I’m going to cry my eyes out, but they will be tears of joy. Jett is gaining weight and doing really well. He was an absolute little warrior and I just can’t describe his strength.”

Jett was three years old when he first showed symptoms. Two months later, after repeated GP visits, Keiley took him to Diana, Princess of Wales Hospital in Grimsby and demanded to be seen by a pediatrician.

“It was so frustrating that I needed someone to take me seriously,” she said.

A CT scan revealed he had a brain tumor and he was taken to Sheffield Children’s Hospital. He was put on steroid medication to reduce swelling in his brain and was booked in for surgery to remove the tumor.

“It was terrifying to see, and I was scared,” Keiley said. “I kept thinking, ‘How and why is this happening?’ Jett was such a happy and healthy little boy, but suddenly his whole life had been turned upside down.”

After the operation, an MRI scan showed that the disease had spread. Jett had a second operation, was put in a coma, and received high-dose chemotherapy.But follow-up scans showed no signs of cancer.

“The consultant insisted that I look at the picture. I thought it was bad news and was hysterical, but the scan showed there was no cancer in his brain at all,” said Keiley, who has three other children.

“We couldn’t believe it – it was an incredible day.“The chemotherapy had actually reduced the number of tumors on Jett’s spine and we were told he was well enough to start radiation therapy on the back of his head and spine.”

But as a result of the radiation therapy, Jett gradually stopped speaking until he couldn’t say anything at all.“We were told this is a common occurrence, but they didn’t know exactly why,” Keiley said.

In June, Jett had a stem cell transplant and was able to speak again — which Keiley called “unreal.”He is currently in a wheelchair and undergoing physical therapy. His last two MRI scans were clear.

To raise money for brain cancer research, Keiley is now taking on the “10,000 steps a day in February” challenge.She said: “It’s been two years of absolute hell but we’re looking forward to being a normal family now, which feels great. I’m really looking forward to the challenge and encourage everyone to sign up and participate.”Matthew Price, Community Development Manager at Brain Tumor Research, said, “We are so happy to learn how well Jett is doing after everything he’s been through. We are truly grateful to Keiley for taking on the 10,000 steps a day in February challenge, as it is only with the support of people like her that we are able to advance our brain cancer research and improve outcomes for patients like Jett forced to fight this terrible disease.”