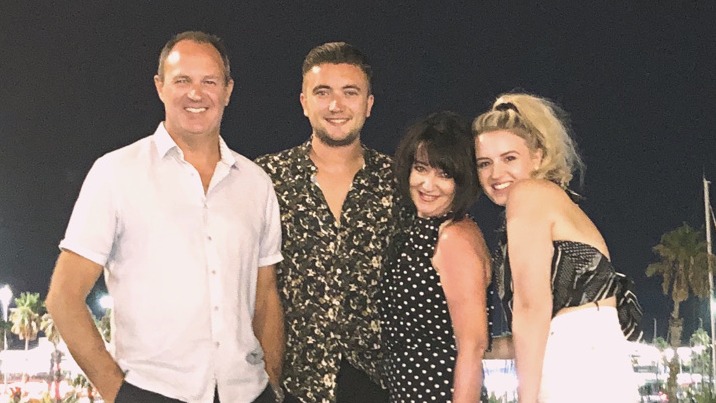 Joe Langfield, from Kesgrave in Suffolk, died suddenly in June 2021 from an inflammation of the heart muscle called myocarditis.

His family said someone at the scene tried to do CPR, but Joe wasn’t discovered until it was too late to save his life. Still, they find it comforting that someone tried to help him.

“He was beautiful, charismatic and funny,” his mother Jackie said. “A lively character – as soon as you walked into the room you knew he was there.”

Joe’s sister Victoria added: “A couple found him and the guy had CPR training so he knew what to do. It’s just that it was too late for us.”

Joe was fit and active and enjoyed running and playing soccer. His family said there was no indication he had a heart problem.

Ms Langfield said cardiac arrests can happen at any time and in people of any age, so it’s important that as many people as possible are trained and ready to help.

She said: “You may not be providing medical assistance at a doctor’s level, but if you feel comfortable reaching out to someone and helping, I think that’s the most important thing.

“Once you’ve completed the training, you know the procedures and what to do.”

The family is speaking out to highlight a new web app and online training being released by the British Heart Foundation in Suffolk.

It comes as figures show that the east of England has one of the lowest cardiac arrest survival rates in the country.

In the east of England there were 3,600 out-of-hospital cardiac arrests in 2021-2022, with a survival rate of just 7%, according to Ambulance Quality Indicators.

To counteract this, the BHF has launched RevivR, which allows people to learn how to perform CPR in 15 minutes.

Joe was a regular football player and Suffolk FA have also joined the campaign and ensured that players and officials in their leagues also receive CPR training.

The British Heart Foundation said that starting CPR right away could more than double the chances of survival.

Still, more than a third of adults have never received CPR training.

Joe’s family says more people who know about CPR will save more lives and protect other families from the kind of tragedy they had to endure.