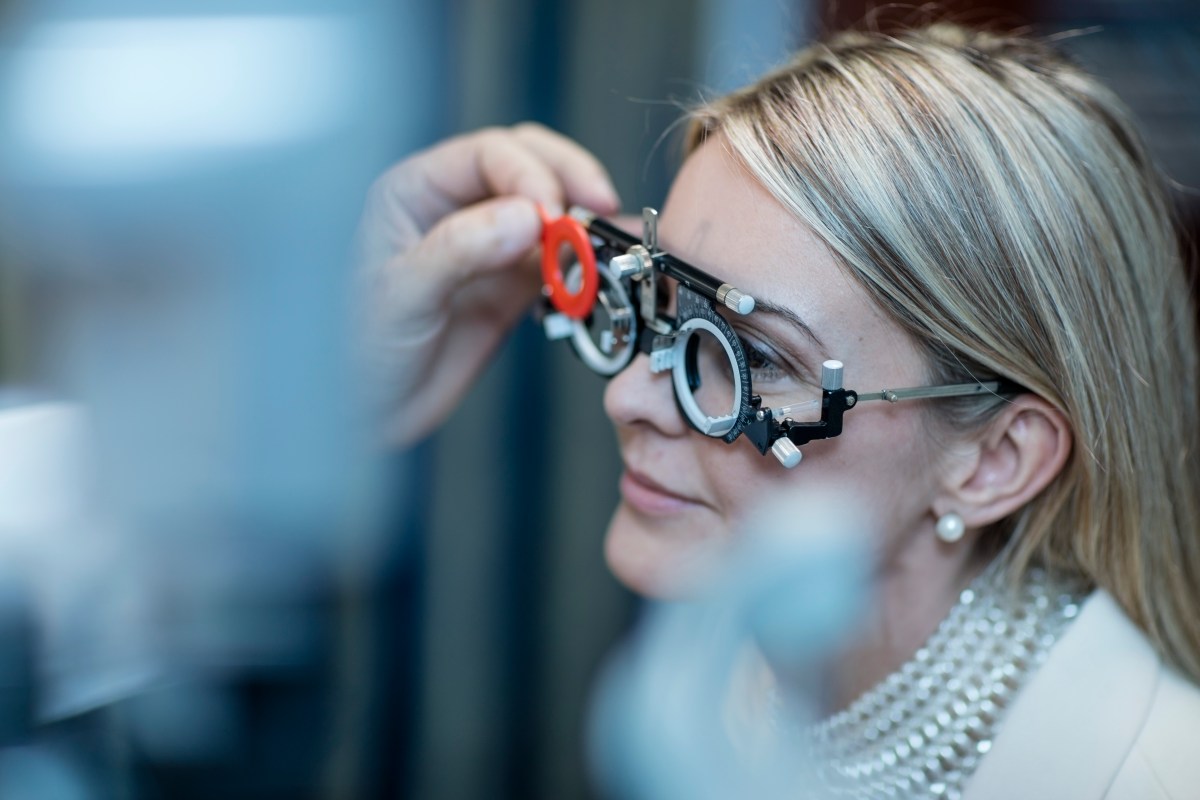 Being able to see helps us in our daily activities, but many of us take it for granted.

Many people say eyes are the window to the soul, but experts have shown that they could also hide hidden health problems.

The NHS recommends that most people get their eyes tested every two years, but shocking research by Specsavers shows that 40 percent of Britons have delayed an eye test even if they felt they needed one.

About 38 percent of people also said they had never thought that they could suffer from significant vision loss.

You may need to have your eyes tested more often if you have diabetes, are over 40 years old, have a history of glaucoma, and are over 70 years old.

If you have a child who wears glasses, you will also need to have their eyesight tested more often.

Eye tests are extremely important to keeping your eye health in order, and Giles Edmonds, Director of Clinical Services at Specsavers, explains the signs we can see and what can be seen on an eye test.

Here are the eight conditions that can be detected on a routine eye test.

Glaucoma is a condition that is often asymptomatic because it develops so gradually.

Mr. Edmonds said that is why he is referred to as the silent thief of sight.

He explained, “It is a major cause of blindness, but if detected at an early stage, it can be treated successfully. Regular eye exams are key to detecting – and are of great importance for those at an increased risk of the condition due to their older age or family history. “

Specsavers uses advanced diagnostic equipment called OCT (Optical Coherence Tomography) to take a closer look at the eye and identify any damage to the optic nerve typical of glaucoma.

In its early stages, diabetic retinopathy usually doesn’t have any noticeable symptoms so an eye test can spot them in front of you, Edmonds says.

The condition affects small blood vessels in the eye and damages the retina.

Your optician can look for early characteristic changes, such as tiny leaks from these damaged vessels, Edmonds explained.

During an eye test, your optician can detect signs of high blood pressure by watching the blood vessels in the eye to see if they are narrowing or leaking.

Mr. Edmonds said, “People with high blood pressure can develop what is known as hypertensive retinopathy, in which the walls of blood vessels thicken, narrow and restrict blood flow.

“In some cases the retina also swells and the blood vessels can leak.”

He added that red spots on the front of the eyes can also be a sign of high blood pressure.

The NHS says it’s mainly caused by eating fatty foods rather than exercise.

Mr Edmonds said that if you have persistent floaters it could be a sign of high cholesterol.

He explained, “Floaters are spots in your sight and usually look like black or gray spots or cobwebs that float around when you move your eyes.”

Another sign of high cholesterol that can be seen in the eyes is a blue ring.

This ring will usually appear around the iris as it ages.

“This is caused by cholesterol build-up in the eye. They are more common in people aged 60 and over and are usually not a cause for concern.