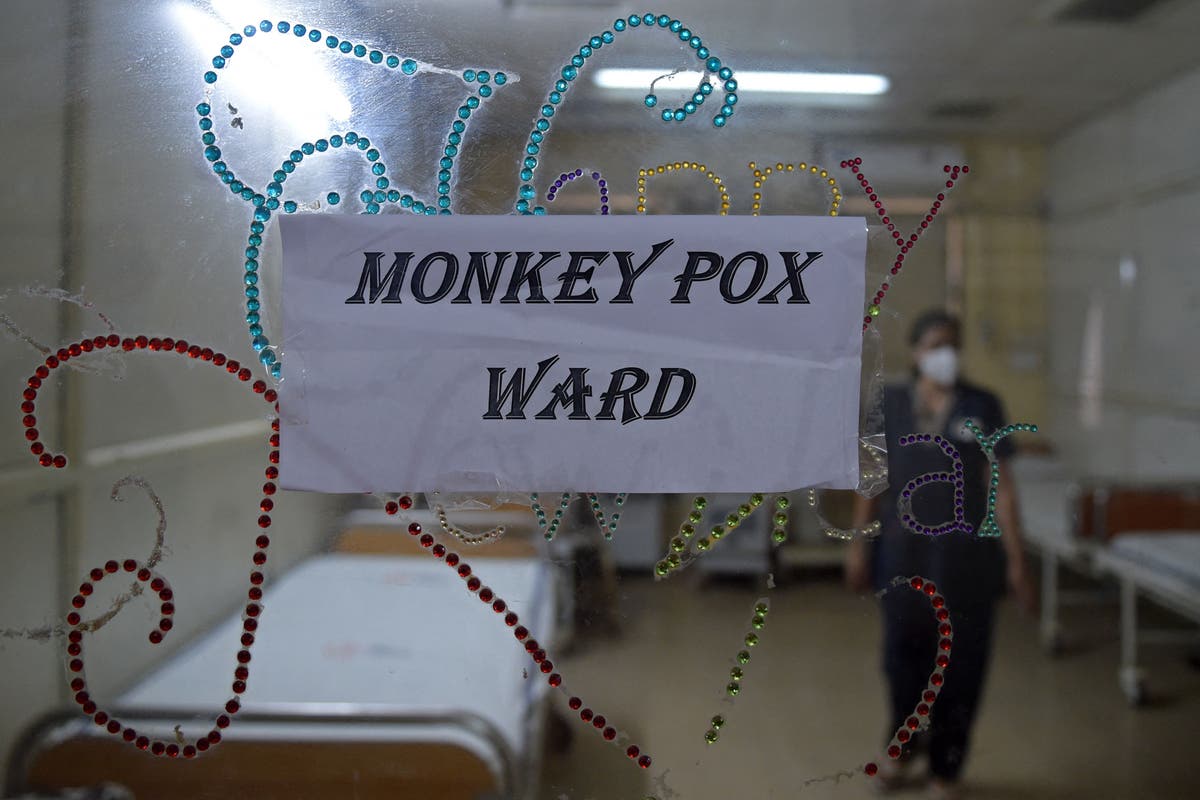 The World Health Organization has declared the monkeypox outbreak a global emergency in more than 70 countries.

Monkeypox is related to smallpox and cases usually occur in west and central Africa, although the virus does not often spread elsewhere.

That’s why outbreaks reported in several countries, including the UK and across Europe, have raised alarms among public health experts.

The disease, first discovered in monkeys, is usually mild but can lead to serious illness in some cases.

Most monkeypox patients experience only fever, body aches, chills, and fatigue, but some may develop a rash and lesions on the face and hands that can spread to other parts of the body.

The rash can look like chickenpox or syphilis, and a scab can form that then falls off.

Most people recover within a few weeks.

The incubation period for monkeypox is usually six to 13 days but can range from five to 21 days.

How is monkeypox spread?

The most likely way of transmitting monkeypox is through close physical contact, touching clothing, bedding, or towels used by someone with a monkeypox rash, or touching monkeypox skin blisters or scabs.

There is less risk of it being transmitted through coughing and sneezing, and because prolonged face-to-face contact would be required, this is not one of the main transmission routes for monkeypox virus.

Sexual intercourse is thought to put people at higher risk of contracting the disease because, while it’s not known to be sexually transmitted, close physical contact makes exposure more likely.

A majority of the cases observed so far have involved gay and bisexual men and men who have sex with men.

What is the risk in the UK?

The type of monkeypox involved in the outbreak is a West African variant that is said to be fatal in just one percent of cases.

The UKHSA said that following the WHO’s declaration of a global emergency, the risk for the UK remains the same.

In an update on July 22, the UKHSA said the latest data suggests the outbreak’s growth may have slowed – meaning they continue to identify new infections but at a more stable rate.

When did monkeypox arrive in Britain?

The first case related to the current outbreak was registered in England on May 7, 2022.

Scotland recorded its first case on May 23, while Wales and Northern Ireland confirmed cases on May 26.

How many cases are there currently in the UK?

Of those, 2,115 were in England and Britain’s Health Security Agency said a high proportion of the cases were in London.

What are the current public health guidelines for monkeypox?