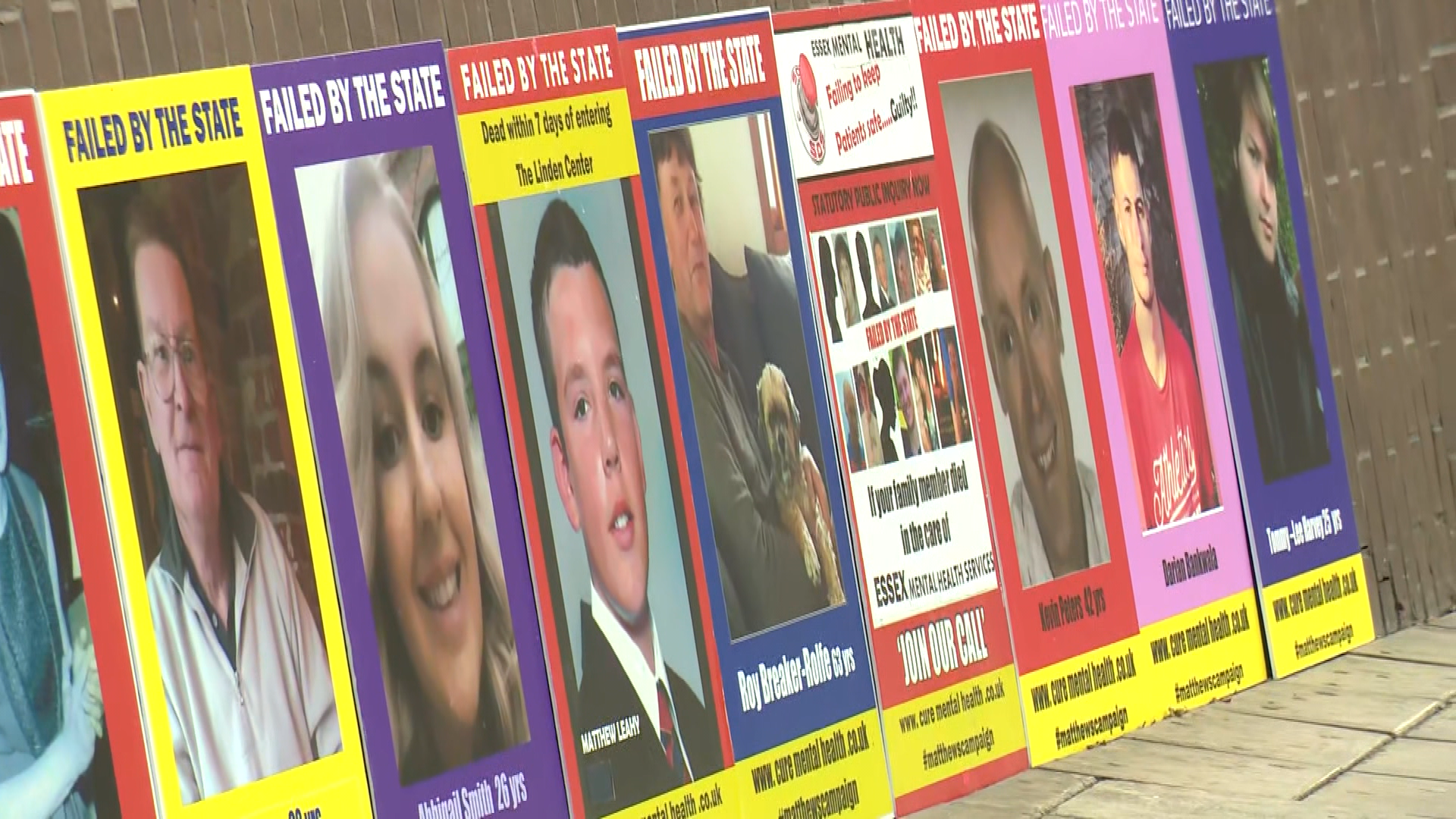 The chair described the number of responses to the request from current and former employees as “extremely disappointing” – and said the current request was failing to meet its objectives.

dr Geraldine Strathdee, chair of the Essex Mental Health Independent Inquiry, said the original figure of 1,500 deaths was based on information from the Essex Partnership University Trust (EPUT) and would be announced in March 2022.

All 1,500 died between 2000 and 2020 while they were patients in an Essex psychiatric ward, or within three months of being discharged.

In an open letter she wrote: “In December 2022 I received an update from EPUT on this number and it is actually closer to 2,000.

“This is a significant increase in the number of people who have lost their lives as patients with mental illness – and the number of families who are suffering that grief.

“I am concerned that it has taken two years since this inquiry was announced for the Trust to be informed of the deaths of these individuals.

“My investigation will now begin writing to these families to offer to meet with anyone who would like to provide evidence for the investigation.”

She said the inquiry had heard “remarkable and sobering evidence from many families” over the past year.

But she said the number of responses from current and former employees was “hugely disappointing”.

She wrote: “Of the 14,000+ staff members we wrote to, we have received a small number of written comments from staff members and to date only 11 have said they would attend an evidence hearing.

“Whereas we have written directly to some of those involved in the deceased patient cases we are investigating, one in four has responded that they will provide evidence.”

She said this was “insufficient to fulfill our remit”.

dr Strathdee said: “If staff engagement remains very low, I believe the investigation will not be able to fulfill its mandate with non-statutory status.”

She said she met Health Secretary Steve Barclay on Tuesday to share her “concerns about the inquiry”.

“Any decision on the status of the investigation rests with the government,” she said. “I am confident that my concerns will be taken seriously. I will update my witnesses as soon as I am able.

“These challenges will delay the work of the investigation somewhat, and that means we won’t be releasing it in spring 2023. I will provide an updated schedule as soon as I am able.

“The work of the investigation continues while we await further progress. I remain committed to getting answers for families and patients as soon as possible.”

The inquiry was announced by Nadine Dorries in 2020 when she was Health Secretary, following a series of deaths at an NHS mental health department in Essex.

dr Strathdee said the inquest began in December 2021 collecting evidence from families of the deceased as well as former patients.

The investigation also wants to speak to current and former employees.

Last March, Dr. Strathdee said that following the inquiry she would “make recommendations to the Government on what changes need to be made to ensure the safety of patients in inpatient mental health care and to improve the experience of their families and loved ones”.