Drones deliver prescription drugs to pharmacies for the first time 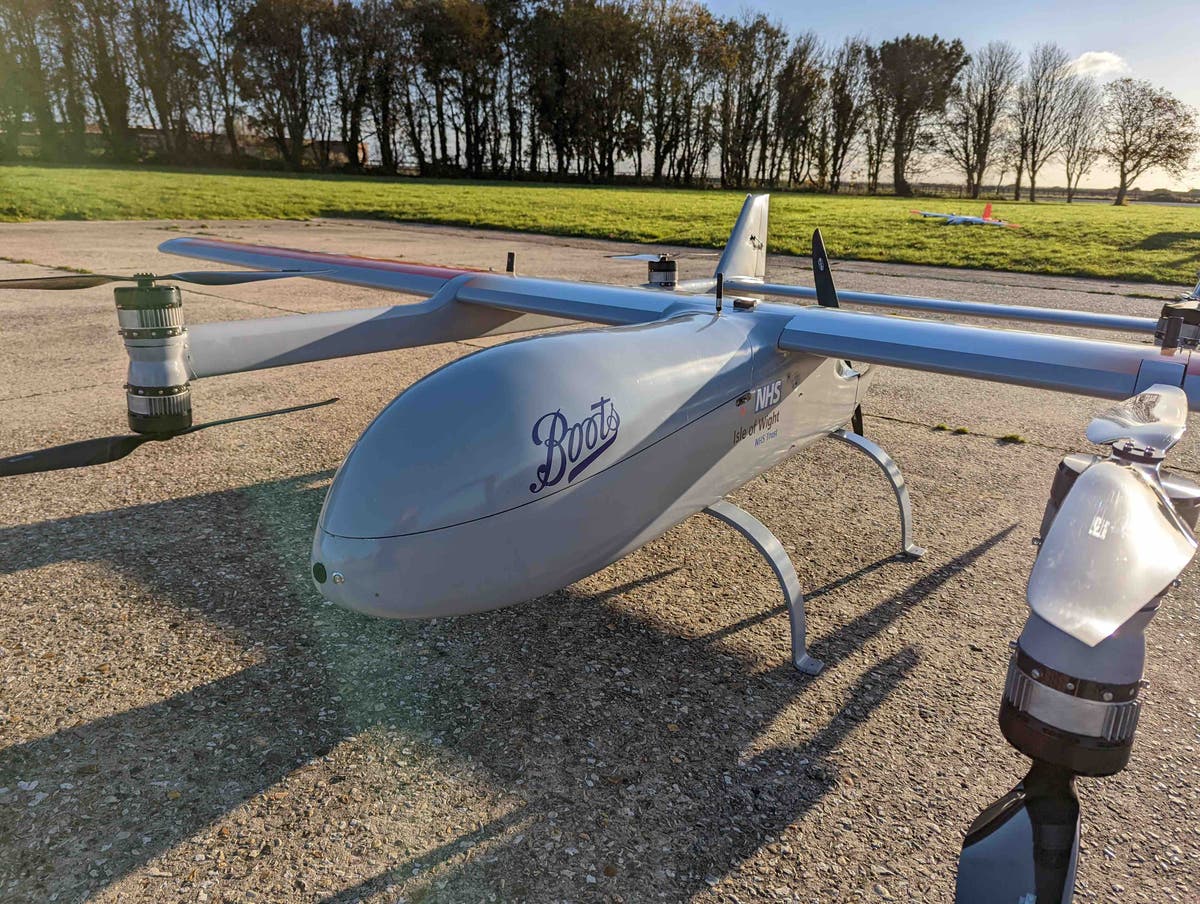 Boots is the first community pharmacy in the UK to deliver prescription medicines by drone.

The retailer shipped medicines from Thorney Island near Portsmouth to the Isle of Wight.

It said the use of the technology reduces delivery times while being more environmentally friendly than traditional transport to the island, which involves a ferry and road vehicle.

Boots said the first drone flew from the British Army’s Baker Barracks on Thorney Island and arrived at St Mary’s Hospital in Newport on the Isle of Wight on July 4.

The medicines were then collected and shipped to the boat dispensaries around the island.

Earlier this month, the NHS announced that it intends to use drones to ship chemotherapy drugs to the Channel Island as part of a pilot project, cutting transport time from four hours to 30 minutes.

It is hoped that the use of drone technology will one day allow doctors to place orders for medicines and medical equipment on the same day from anywhere in the country.

Boots said it is now exploring the feasibility of using drones for deliveries.

It works with medical transport company Apian to facilitate shipments.

Rich Corbridge, Chief Information Officer at Boots, said: “Drones have tremendous potential for drug delivery and to be the first community pharmacy in the UK to transport them in this way is incredibly exciting.

“An island location like the Isle of Wight seemed like a reasonable place to try drones and their value in delivering medicines to more remote locations is very clear.

“In this study, we will examine how much time we can save and how we can integrate drones into our drug supply chain to also achieve economic efficiencies.

“We now want to prepare for the broader use of this technology in the future.”

Max Coppin, Chief Operating Officer at Apian, said: “Not only can drones deliver medicines to hospitals, but we are particularly excited about our partnership with Boots as it demonstrates that drones can also help bring care closer to communities bring.

“While they are faster and more reliable than land transport, they bring additional environmental benefits and offer a more sustainable solution for delivery.”