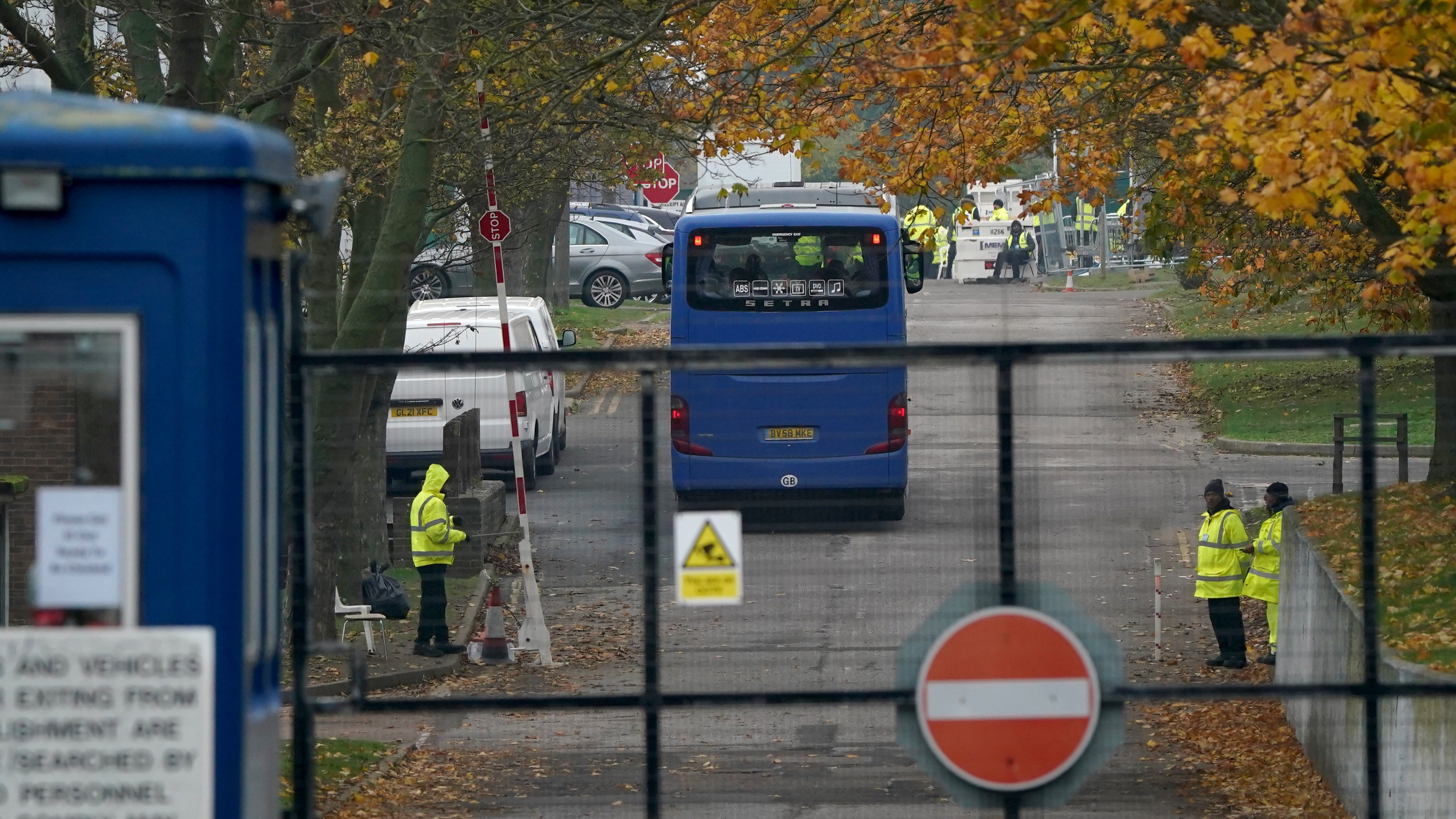 Officials are expected to confirm on Monday the number of infections has risen to around 50 amid concerns about the spread of the disease as migrants were moved from the Kent facility to hotels across the country.

The government said on Saturday that a PCR test in the man, who died after possibly being unlawfully held at the center for a week, suggested “diphtheria could be the cause of the disease”..

Initial tests at a hospital near the center where Home Secretary Suella Braverman has been criticized for overcrowding and outbreaks of disease came back negative.

Public health officials have raised concerns about the spread of the highly contagious disease as people were moved from the facility to hotels.

According to the Sunday Times, Jim McManus, President of the Association of Directors of Public Health, said: “This situation could and should have been prevented and it is entirely justifiable that the Home Office’s lack of information, coordination and commitment has made the situation much worse, than she could have been.

“It has created additional and avoidable strains on local healthcare systems, putting both asylum seekers and potential hotel workers at avoidable and avoidable risk.

“We, as directors of public health, want to work constructively and effectively with government for the benefit of all.

“We offered the Home Office a cooperation and our efforts were rebuffed.”

The man died in hospital on November 19. He is believed to have entered the UK on a small boat seven days earlier.

As of November 10, the UK Health Security Agency (UKHSA) had identified 39 cases of diphtheria in asylum seekers in England in 2022.

However, the PA news agency was told that an update taking into account the number of cases by Friday will put the figure at around 50.

Officials could not rule out that the number of cases suspected by medical professionals was higher.

A government spokeswoman said: “Our thoughts are with the family of the deceased man and all those affected by this loss.

“Initial test results processed by a local hospital for an infectious disease were negative, but a subsequent PCR test was positive, suggesting diphtheria could be the cause of the disease. The coroner will conclude in due course.

“We take the safety and well-being of those in our care very seriously and are taking whatever steps are necessary based on these results.”

Diphtheria vaccinations will be offered to all newcomers to Manston, the spokeswoman said, although the facility is currently empty.

An autopsy and forensic examination are ongoing.

Diphtheria is a highly contagious infection that affects the nose, throat and sometimes the skin. The NHS says it’s rare in the UK and can be treated with antibiotics and other medicines.

The Home Office first said there was “no evidence at this point that this tragic death was caused by an infectious disease,” with the man falling ill a day before he died.

At one point, up to 4,000 people were being held at the compound, which is only designed for 1,600 people, but on Tuesday government sources said the compound had been emptied.

New arrivals were expected to be taken to the site designed to hold people for a short time during security and identity checks before being taken to accommodation.

However, some people have been held for much longer periods due to a lack of alternative housing.

As migrants have been moved from Manston to hotels across the country, health officials are advising people to be offered vaccinations and preventive antibiotic courses upon arrival at their new accommodation.

The UKHSA warned that shelters should be considered “high risk of infectious diseases”.

dr Trish Mannes, UKHSA Director for the South East, said: “The risk of diphtheria to the general public remains very low as the diphtheria vaccine is widely available in this country and the infection is typically transmitted through close, prolonged contact with a case .