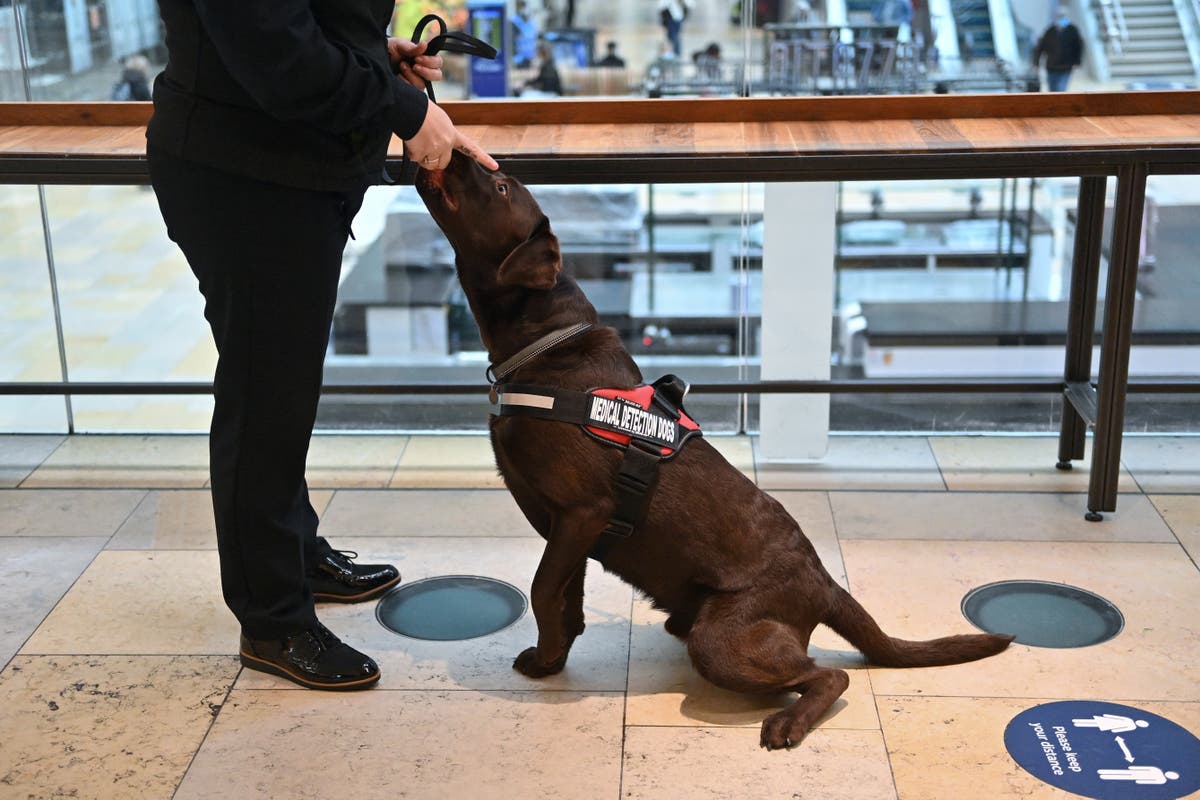 Scientists say this detection method is likely to be particularly valuable, not only in the early stages of a pandemic when other resources may not yet be available, but also for containing an ongoing pandemic.

They add that their findings underscore the importance of ongoing retraining as new Covid-19 variants emerge.

Preliminary data suggest dogs could be trained within weeks to identify samples from patients with Covid-19 infection with an accuracy comparable to a nose and throat swab.

However, these results needed to be replicated in real-world conditions, so the researchers trained four dogs — previously trained to detect drugs, dangerous goods or cancer — to sniff out the virus in spring 2020.

The animals sniffed skin samples from 114 people who tested positive for the virus and 306 who tested negative.

According to the study, conducted by experts from the University of Helsinki, Finland, the dogs were able to detect the virus with an overall accuracy of 92%.

The four dogs were also used to track 303 arriving passengers at Helsinki-Vantaa International Airport between September 2020 and April 2021.

An important finding was that the dogs were less successful in correctly identifying the alpha variant because they had been trained to recognize the wild type.

The researchers added: “This observation is noteworthy as it demonstrates the robust discrimination of tracking dogs.

“The obvious implication is that training patterns should cover all epidemiologically relevant variants.

“Our preliminary observations suggest that dogs primed with one type of virus can be retrained to recognize its variants in a matter of hours.”