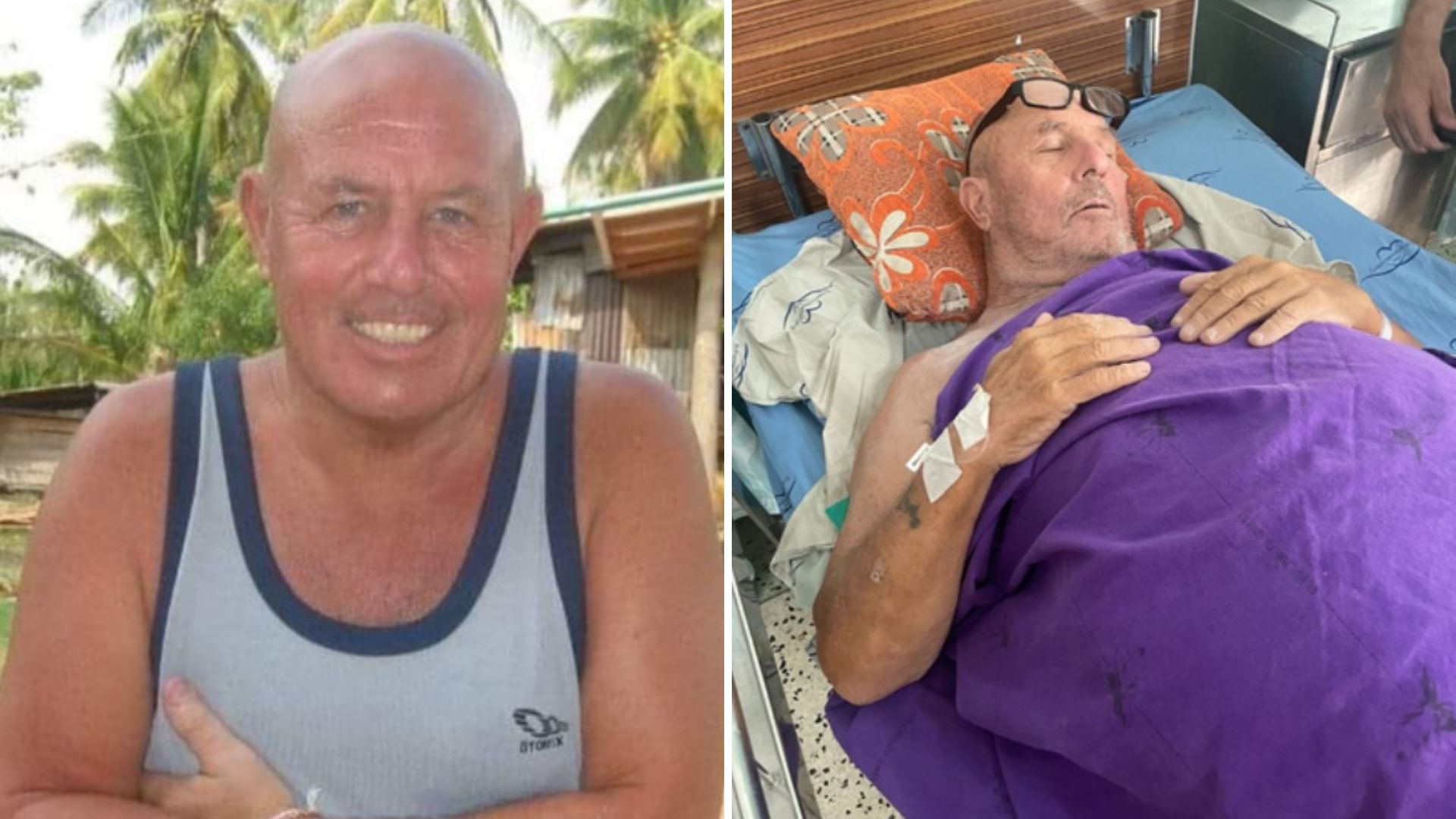 Alan Stephenson from Bilton in hullHe said he felt an insect bite while on vacation and subsequently contracted a flesh-eating disease that affected his left leg.

On a fundraising website, son Kristian wrote, “It seems my father was bitten by an insect that looked like a small scorpion.”

Kristian, 44, fled after his father called on November 9 to say he was in hospital in a remote part of the country.

When he arrived, he said conditions at the hospital were “horrific,” with cockroaches crawling on the ceiling and stray cats eating food intended for patients.

He said his father was in “absolute agony” and that the hospital was unable to cope with his condition.

“It was like something from [television programme] Banged Up Abroad,” added Kristian. “I thought, ‘he’s going to die here’.”

Mr Stephenson has diabetes, which is believed to have contributed to his leg becoming red and swollen. He was then diagnosed with a flesh-eating disease and told amputation was the only realistic option, although a doctor in the UK said his leg could be saved.

Kristian added: “His leg looked awful but because he wasn’t turned over or helped out of bed he had bedsores just as bad.

“While this was happening, the place where he was staying was charging rent and taking his belongings to cover the costs, and the hospital was demanding an extortionate sum of medical bills in cash.

“The nearest ATM was about an hour away as the area was so remote and there wasn’t anywhere close by to even get a cold drink.”

The family decided to take him to another hospital in a small town, where doctors said they could perform an amputation, but Kristian said the surgery had been postponed several times, leaving the family paying more hospital fees.

He has asked the British Embassy for help but says they have “shown no interest in the case” and “the government would not contribute to the cost of the flight.” [Alan] homeland to be saved”.

Instead, Kristian receives help from Hull East MP Karl Turner, who advised the family to contact a medical repatriation team. They then set up a company based in East Yorkshire.

Kristian said: “My father has received a certificate of fitness to fly and he is starting to look better, but now we have to come up with £18,000 to pay for the service, which is the lowest possible rate.

“The plan now is to bring my father back to Hull and save his life. We know he will most likely be disabled for the rest of his life but we hope he can make some recovery.”

Kristian has set up a JustGiving page to raise the £18,000 needed to fly his dad home.