Covid-19 can cause infected cells to ‘explode’, research shows 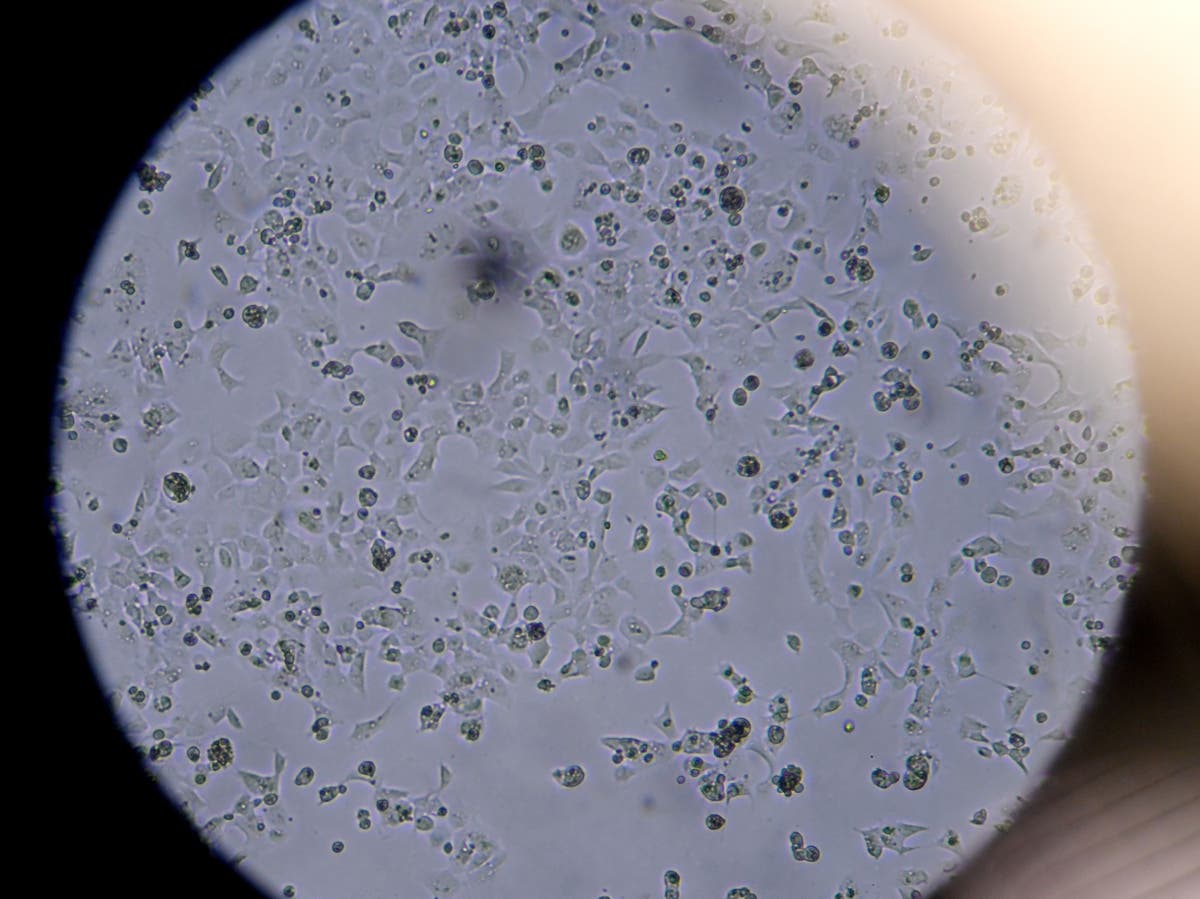 Cells infected with the Covid-19 virus can “explode” and contribute to the development of serious diseases, researchers have shown.

Scientists from the US and UK examined blood samples from people infected with Covid and found that around six per cent of monocytes – immune cells that patrol the body for foreign invaders – underwent a type of cell death linked to inflammation, known as pyroptosis, infected with the virus.

A small subset of macrophages, another type of immune cell that engulf and destroy foreign cellular debris, also became inflamed after infection with Sars-CoV-2.

In the case of the two cell types, the virus is thought to have activated inflammasomes, large molecules that trigger a cascade of inflammatory responses that can lead to cell death.

Research has long suggested that severe Covid illness is caused by inflammation, leading to lung and other organ damage.

Previous studies have shown that the immune system of people with Covid can effectively turn on the body by releasing infection-fighting proteins called cytokines, which then attack healthy tissue. These “cytokine storms” have been linked to serious illnesses.

The new research, carried out by scientists at London’s Royal Free Hospital in collaboration with Boston Children’s Hospital, now suggests pyroptosis also plays a role in the escalation of serious illnesses.

“Inflammation and cell death are both important factors in severe Covid, and our research shows that pyroptosis is often the culprit,” said Dr. Gautam Mehta, Consultant Hepatologist at the Royal Free Hospital The Post on Sunday.

dr Mehta said the pyroptosis pathway acts as an “alarm system” for the body. “When it senses bacterial or viral particles in the cell, it causes the cell to ‘explode’ and release pro-inflammatory ingredients.

“This has the benefit of clearing the infection but can lead to severe inflammation. Pyroptosis literally implies a ‘fiery’ mode of cell death.”

The infected immune cells could present a potential target for drug development, scientists believe, raising hopes new treatments could be developed to prevent a person infected with Covid from becoming seriously ill.

“This is an important finding given that our Covid treatments are currently focused on the virus itself,” said Dr. mehta

“If we can attack the process that causes the serious disease, we could develop an effective treatment that also works in patients where the vaccines are not effective.”

A separate study, which has yet to be peer-reviewed, also showed how Sars-CoV-2 can enter immune cells — an earlier point of confusion for scientists, since these cells don’t carry many of the ACE2 receptors that the virus uses to function to gain entry.

Scientists at Yale University School of Medicine found that the virus can enter human cells using antibodies via another surface protein called the Fcγ receptor.