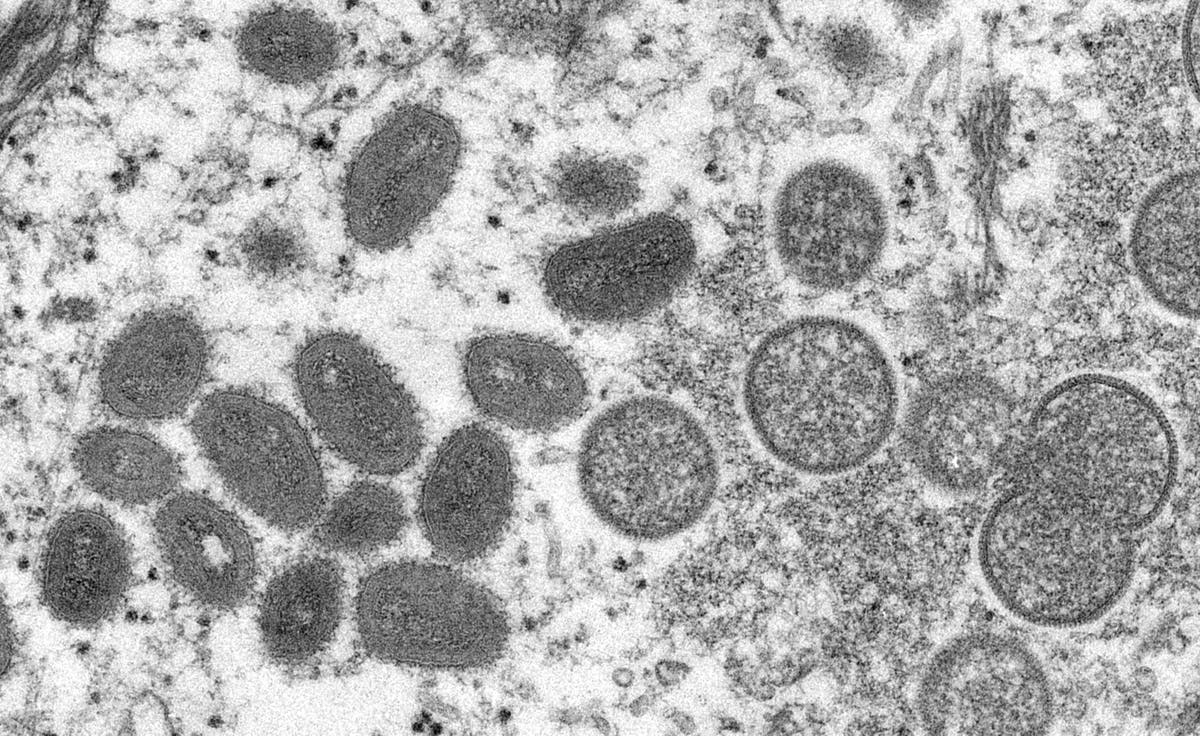 The number of confirmed cases of monkeypox in the UK has risen to 78 after a further seven infections were detected in England.

Although more cases are being discovered, the risk to the general population remains low, the UK Health Security Agency (UKHSA) said – although scientists are concerned about the prospect of the virus spreading to animals and pets, which will become a permanent reservoir for the virus could infection.

So far no cases have been identified in Wales and Northern Ireland. One infection has been detected in Scotland, while 77 have been reported across England since May 7.

UKHSA said a notable proportion of the cases identified so far have been among gay and bisexual people, adding that these groups should be alert for new rashes or lesions forming on any part of their body.

dr Susan Hopkins, Senior Medical Advisor at UKHSA, said: “We continue to promptly identify further cases of monkeypox in England through our extensive surveillance and contact tracing networks, our vigilant NHS services and thanks to those who come forward with symptoms.”

Those who suspect they have symptoms have been encouraged to limit their contact with others and call 111 or their local sexual health service “as soon as possible”.

People who come into contact with infected people are offered a vaccine, which is usually used to protect against smallpox, which is caused by a similar virus.

Known as ring vaccination, this strategy involves healthcare workers, sexual partners, and roommates. High-risk contacts are also being asked to isolate at home for three weeks as the virus has a long incubation period and it can take several weeks for symptoms to appear.

Nearly 20 countries where monkeypox is not endemic have reported outbreaks of the disease, with more than 130 confirmed or suspected infections identified, mostly in Europe.

The World Health Organization has called the sudden spike in cases “atypical” but said the outbreak is “containable” and limited. The fact that cases are being observed in so many different countries suggests the infection may have been spreading quietly for some time, the agency said.

Monkeypox is usually found in West Africa, and the virus does not spread easily between people. The illness is usually mild and those infected with the virus usually recover within a few weeks.

Symptoms include fever, headache, muscle aches, back pain, swollen lymph nodes, chills, and fatigue. A rash may develop, often starting on the face and then spreading to other parts of the body, including the genitals.

The first case identified in the UK was of a person who had returned from Nigeria, but other cases are unrelated to travel.

Sir Jeremy Farrar, the director of the Wellcome Trust, said: “We’ve never seen anything like this before, with so many cases” in so many countries.

On Monday he told BBC Radio 4’s Today program that there had been small outbreaks in the past where cases were recorded in the UK but “this is different, something has changed” and suggested that superspreader events accounted for it could be responsible.

“The virus may have changed, but I think that’s unlikely,” said Sir Jeremy. “More likely, I think, is that the niche that this virus is in now allowed for some superspreader events and the people involved then traveled to other parts of the world and took the infection with them.”

A senior adviser to the WHO similarly described the outbreak of cases as “a fortuitous occurrence” that could be explained by two recent mass events in Europe.

dr David Heymann, who used to head WHO’s emergency department, said the leading theory to explain the spread of the disease is sexual transmission – and the close contact it entails.

“We know that close contact with an infected person’s lesions can spread monkeypox, and it appears that sexual contact has now increased this transmission,” said Dr. Hey man.

This represents a marked departure from the disease’s typical pattern of spread in Central and West Africa, where humans are mainly infected by animals such as wild rodents and primates, and outbreaks have not spread across borders.

The disease can be fatal in up to 10 percent of infections, but no deaths have been reported among the current cases.

As health authorities try to understand and contain the ongoing outbreak, the European Center for Disease Control warned that it is important to “manage exposed pets and prevent the disease from being transmitted to wild animals”.

“If human-to-animal transmission occurs and the virus spreads in an animal population, there is a risk that the disease will become endemic in Europe,” the agency said.

Scientists have cautioned that it will be difficult to distinguish whether it is sex itself or close contact related to sex that drove the recent spread of monkeypox in Europe.