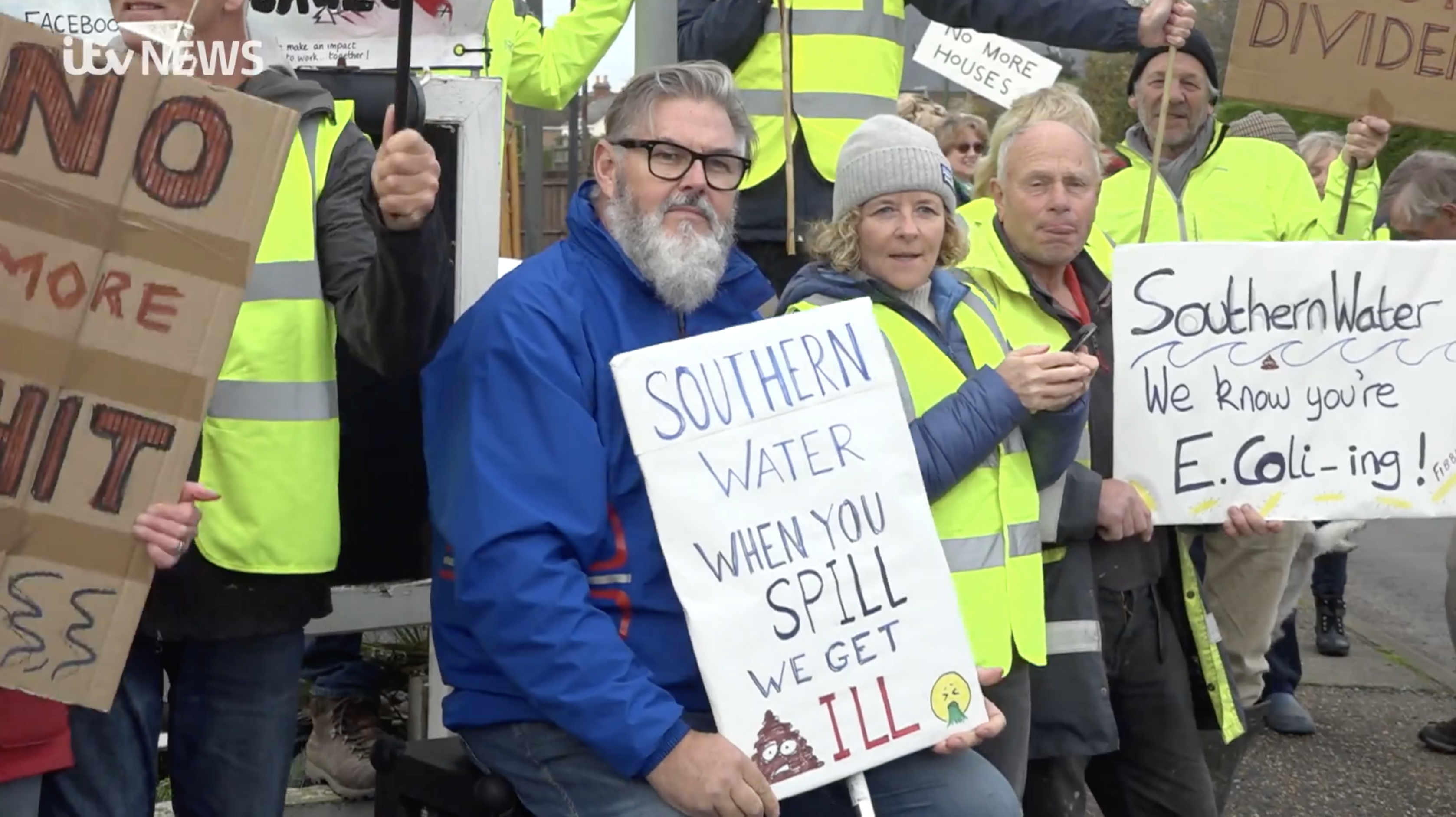 Nearly 1,000 people took part in the rally along the A259 through a number of villages on Saturday.

A Chichester-based campaign called the Mayday Action Group coordinated the protest because they are unhappy at the receding of coastal waters, which stretch from the Solent to Chichester Harbour.

It comes as Southern Water and South West Water are among companies that have dumped raw sewage into Britain’s rivers and seas on nearly 150 occasions during dry weather – despite being told to only do so during heavy rains.

A Southern Water spokesman said: “Storm outbreaks, which go a long way in reducing the impact of the type of flooding we’ve seen recently and are permitted by the Environment Agency, are down almost 50 this year compared to last year % decreased partly due to a dry summer.

“We are investing £2 billion to improve environmental performance and further reduce their consumption by increasing storage capacity and working with partners to reduce stormwater runoff entering the system.”