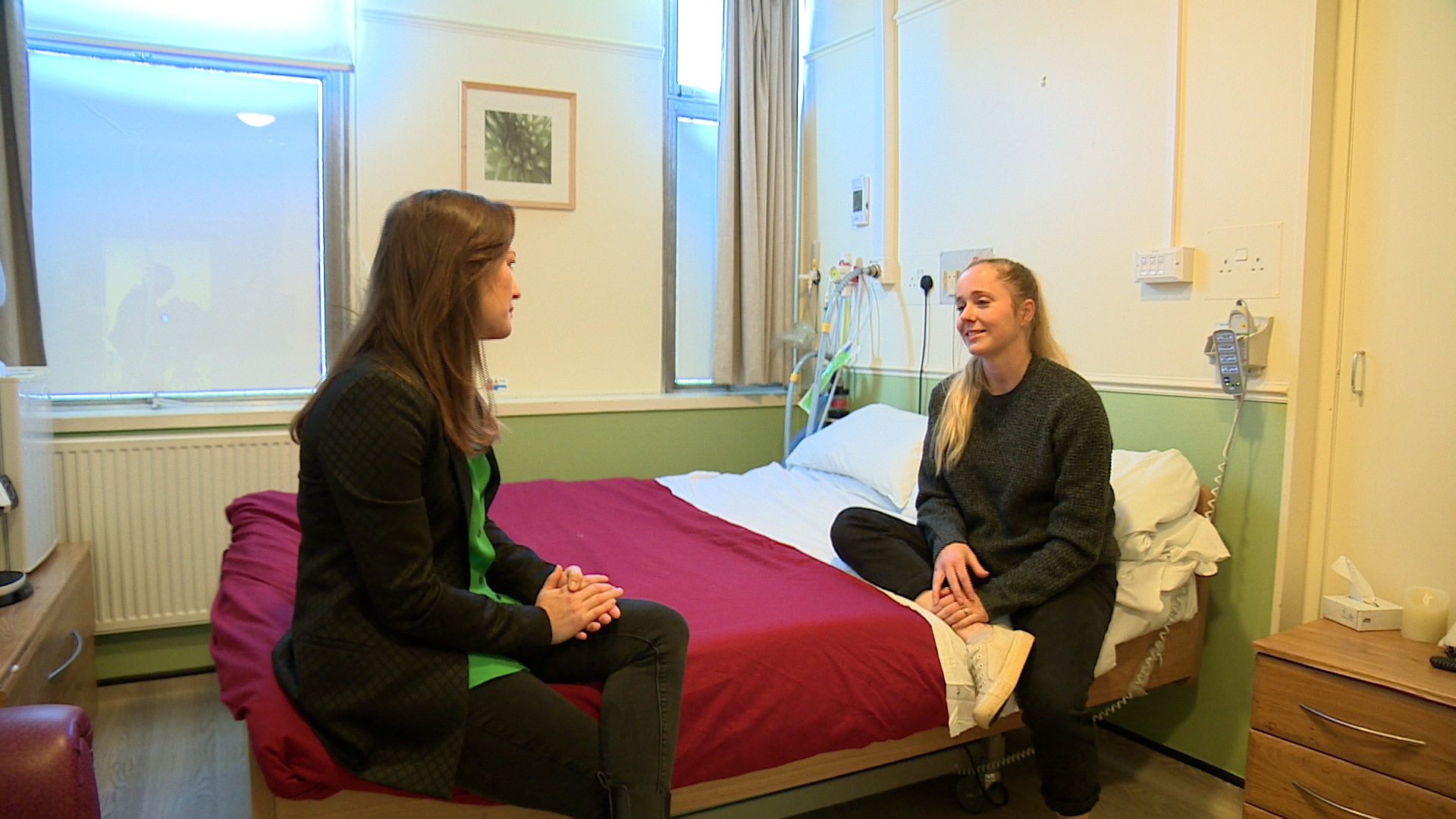 Nicky Johnson and her partner were using one of the suites in the maternity wing when their daughter Flora died at 31 weeks pregnant.

Nicky told Latest Page News Meridian reporter Charlotte Briere-Edney of the moment doctors told her Flora’s heart had stopped: “They said the devastating words that there was no heartbeat. My world just collapsed.

“I’m pretty sure I fell on the floor. My partner and I both clung to each other.

“I was 26. It was my first baby. How could this happen to me? I did everything right. But you know, life is cruel.”

The Royal Berkshire currently has two mourning suites that can be used by families, but they are in need of an update and are not currently soundproofed.

This means that parents who have lost a child can often overhear what is going on elsewhere on the ward, including the sounds of other babies.

Nicky Johnson recalled a particularly upsetting moment: “I remember hearing this lady’s baby cry twice throughout the night. And it was such a bittersweet sound because I just longed for Flora to just wake up and scream and cry and do baby stuff stuff.

“But she didn’t do it. Obviously she couldn’t.

“So it was so hard to be there, almost pissed me off with what I was so close to but didn’t have. It just broke me.”

Laura Payne, lead bereavement midwife at the Royal Berkshire Hospital, explained: “They are not currently soundproofed which means when it’s busy women can sometimes hear babies crying which is particularly very difficult. And dads, too, have said they found it really, really challenging.

“When you have your little one next to you and you just want them to wake up and cry, and you hear other babies crying, parents have told us it’s really, really difficult.”

Laura is one of two midwives on the bereavement team, which coordinates the care of the women and guides families through the formalities that need to be completed, including home visits to patients.

The specialist midwives also train other staff in empathetic, parent-centred care and are a source of best practice information.

Amid discussions about the future of the hospital buildings, Laura Payne said waiting is not an option.

“It can make such a big difference for these families, it’s really worth reaching out to people,” she told us.

The Royal Berks Charity is trying to raise the £40,000 needed for soundproofing as part of their project Call for donations at Christmas – The charity said: “With your help, we can ensure that families who have lost a pregnancy or who have lost a baby have the support they need during this difficult time.”

For advice and support you can contact the following organisations: