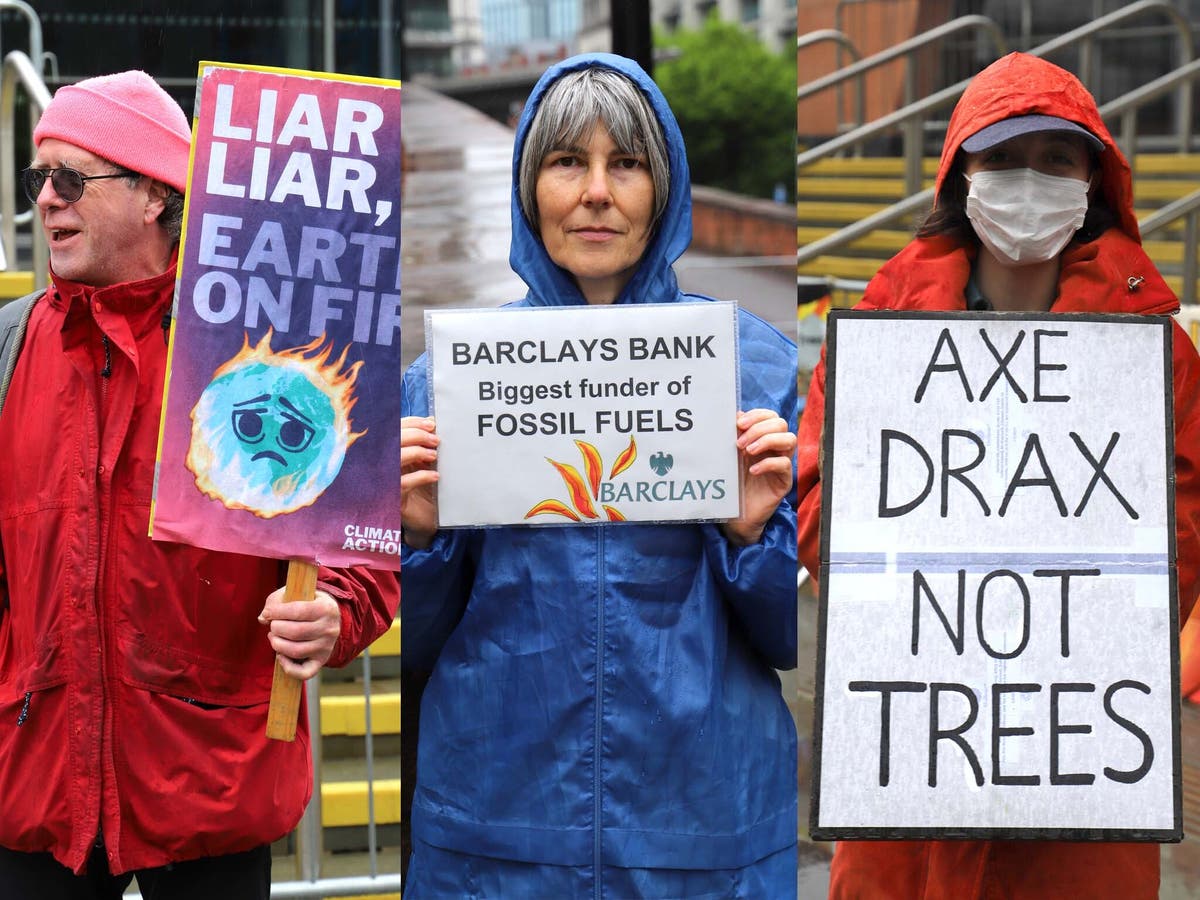 A quarter of Barclays’ customers say they would consider switching banks if it weren’t for more ambitious climate action, a new survey finds, as a report calls the bank “worst in Europe” for fossil fuel financing.

The survey commissioned by the campaign group 38 degree’s and exclusively shared with LatestPageNews found that 26 per cent of the bank’s customers said they would likely consider moving their money if it did not come up with a more ambitious plan than the proposed climate strategy, which will be voted on at its annual general meeting in Manchester on Wednesday.

That plan includes a 2020 goal of being net-zero by 2050 and reducing its greenhouse gas emissions — known as scope 1 and 2 emissions — by 90 percent by the end of 20 compared to 2018 levels. It also plans to use 100 percent renewable electricity for its global operations at the same time.

The reduction to 90 percent does not include the so-called “Scope 3 emissions”, which come from all other indirect emissions that occur in a company’s value chain, such as employee commuting.

The strategy also states that the bank aims to reduce financed emissions in the energy, power, cement and steel sectors by the end of 2030, including reducing total – Scope 1, 2 and 3 – energy emissions by 40 percent. By 2023, according to the plan, the bank aims to stop financing new customers engaged in thermal coal mining and not financing existing customers that generate more than 30 percent of thermal coal mining revenues.

But analysis by environmental activist group Market Forces claims Barclays’ plan will not achieve the net zero target it has set.

“It’s well and good for Barclays bosses to be able to sit there and look at their balance sheets at the end of the year and see how much money they’re making,” said one customer who took part in the survey.

“But if they don’t start balancing their books against the environmental degradation their investments are causing, I will close my account.”

Meanwhile, a group of protesters gathered outside the AGM venue on Wednesday to demand that the bank stop financing fossil fuels. Extinction Rebellion later said it questioned Barclays AGM.

Protesters also disrupted Standard Chartered Bank’s annual general meeting held in London on Wednesday. The disruptions follow a similar stunt at HSBC’s AGM on Friday, where an ABBA flash mob broke into a song during the chairman’s speech.

A statement from Fossil Free London, a group campaigning for a fossil-free London, quotes the latest Fossil fuel financial report. which found Barclays to be “the worst” bank in Europe for financing fossil fuels in the six years since the Paris Agreement was adopted in 2015. The Paris Agreement aims to keep the rise in global average temperature “well below” 2 degrees Celsius, ideally no more than 1.5°C compared to pre-industrial levels.

According to the Fossil Fuel Finance Report compiled by Rainforest Action Network and other groups, Barclays financed $167 billion (£133 billion) in fossil fuels between 2016 and 2021 and is the seventh worst fossil fuel finance bank in the world.

Ros Rice, a protester from Liverpool who wanted to join the demonstrations, said: “US taxpayers bailed out the banks in 2008 and now they are saying thank you by driving us to destruction with massive investments in fossil fuels.”

“They couldn’t be more callous,” Rice said in the Fossil Free London statement.

Last month, the latest chapter of the United Nations Intergovernmental Panel on Climate Change found that global greenhouse gas emissions must peak before 2025 to limit warming to 1.5 degrees.

“It is an act of shame to list the empty promises that have set us firmly on the path to an uninhabitable world,” said UN Secretary-General Antonio Guterres at the launch of the new report’s release. “We are on the fastest way to a climate catastrophe.”

The survey was conducted by JL Partners, a survey company, who interviewed a representative sample of 1033 people in the UK on April 28th. The data were weighted by age, gender, region and prior matching, 38 Grad said.