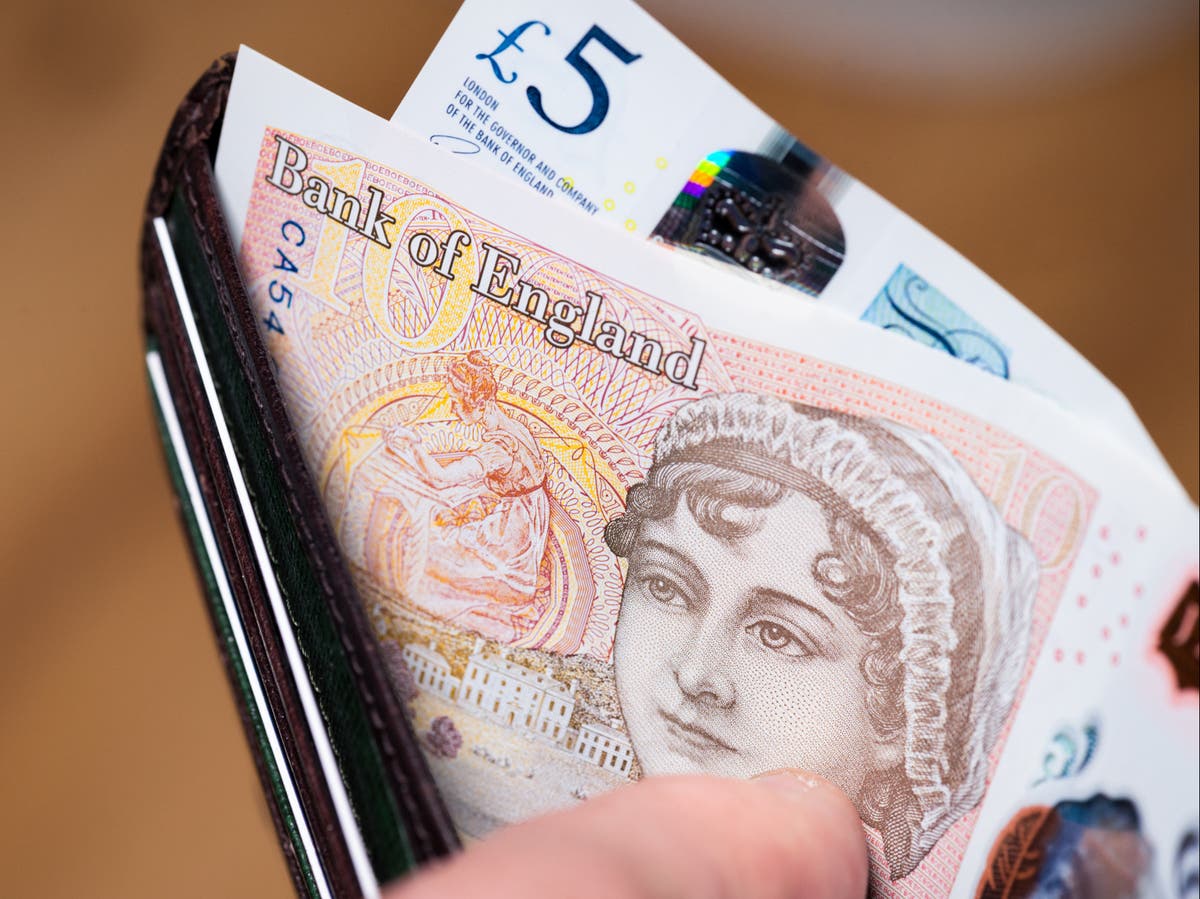 The UK economy shrank in March as rising living costs and the war in Ukraine hampered recovery from the pandemic.

Experts warned that a slump in household incomes would hit the economy and increase the risk of a recession.

Official figures show that the economy grew 0.8 percent between January and March, compared with growth of 1.3 percent in the previous three months.

Trade data released on Thursday showed exports fell 3 percent in real terms between March and February and remain 14.6 percent below the average for 2018 – the last year before the major upheavals resulting from Brexit.

The figures will serve as another economic warning sign for Rishi Sunak after separate data showed retail sales had slowed and consumer confidence plummeted in Aril.

Real disposable income is forecast to fall by £1,200 per household this year, marking the biggest drop in living standards since comparable records began in 1956.

Despite the bleak outlook, the chancellor has so far resisted calls to provide more financial assistance to people struggling to meet the costs of rising bills and higher prices for essential goods, including groceries.

Darren Morgan, director of economic statistics at the Office for National Statistics (ONS), said growth over the past three months was the lowest in a year.

He added: “Our latest monthly estimates show that GDP (gross domestic product) fell slightly in March, with declines in both services and manufacturing.

Economic growth in the first quarter of the year was driven by sectors such as hospitality, transport and travel agencies as consumers returned to pre-pandemic shopping habits.

Construction also had a strong month, thanks in part to repair work following February’s storms.

Yael Selfin, chief economist at KPMG UK, said the outlook for the UK economy was increasingly grim and the risk of a recession was increasing.

“Pressure on consumers has intensified since the second quarter of this year, as rising energy tariffs and higher costs for food and other commodities due to the conflict in Ukraine have pushed up the cost of living.

“At the same time, tighter financing conditions and rising interest rates have pushed up borrowing costs.”

The Bank of England raised its interest rate to 1 percent last week in a bid to tame a rise in inflation, which is expected to peak at 10.25 percent later this year. The sharp rise in prices means falling real incomes for millions of people as wage increases are not keeping pace.

Chancellor Rishi Sunak acknowledged these were “anxious times” but said the UK economy was growing faster than the US, Germany and Italy.

“Our recovery is being disrupted by Putin’s barbaric invasion of Ukraine and other global challenges, but we continue to help people where we can,” he added.

“Growth is the best way to help families in the long term, so we invest not only in the immediate pressures on households and businesses, but also in capital, people and ideas to improve living standards in the future.”

Economists have warned the chancellor that his recent tax hikes and continued failure to provide more financial support could stall economic recovery and plunge the country into recession.

The Bank of England forecasts that the UK economy will be little bigger in 2025 than it was in 2020. It expects the economy to contract in the final quarter of this year as households are hit by another huge surge in energy bills and they less money left to spend elsewhere.

Ed Monk, deputy director at Fidelity International, said the latest data suggested the economy could slide into recession sooner than the bank had forecast.

“Britain faces a serious struggle this year to avoid recession,” he said.

“Rising energy, fuel and food prices continue to weigh on household budgets. And while some are already having to choose between basic needs, that’s probably not the end of the pressure.”

Shadow Leveling Up secretary Lisa Nandy said money is being “sucked out of communities” and that is reflected in the slower growth seen in Thursday’s GDP figures.

She told BBC Breakfast: “We need to put money back in people’s pockets. We need to get money back into the local communities, otherwise what you’re seeing is what we’ve had for a decade, which is these people just can’t spend.