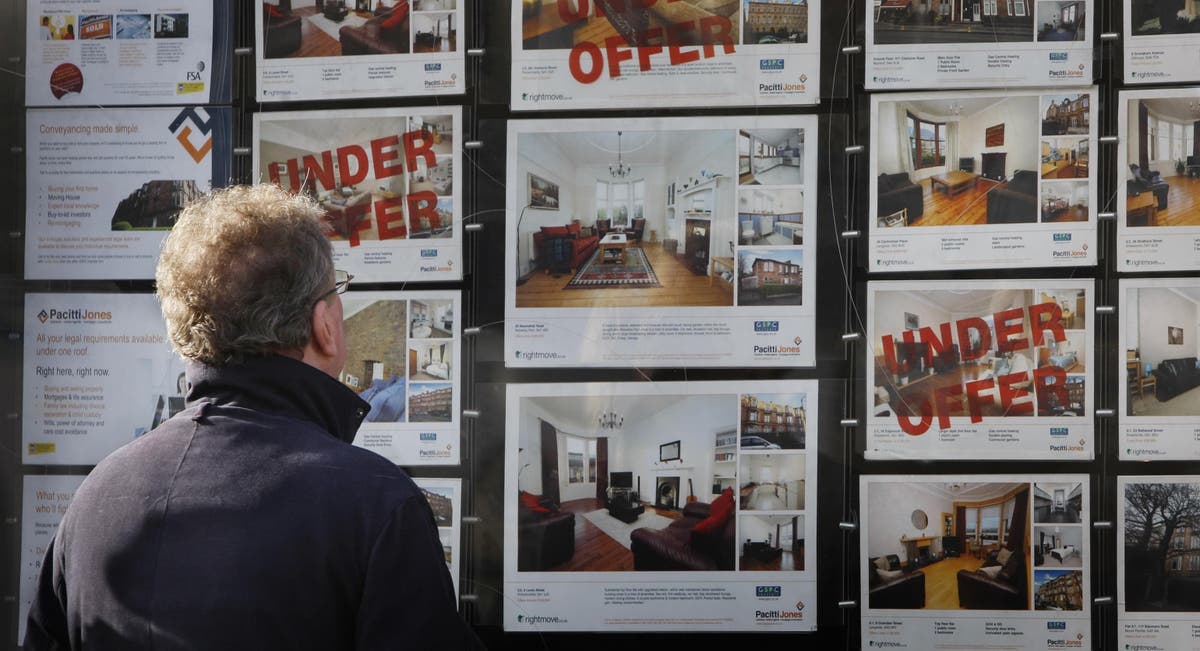 Dozens of cheap mortgage deals have disappeared as expectations rise that the Bank of England will raise rates soon.

This week, according to an analysis by Defaqto, there were 22 fixed income deals less than 1 percent, compared to 82 deals on October 25th.

The average interest rate for a first-time buyer looking for a two-year fixed-rate mortgage with a 5 percent deposit has increased from 2.45 percent last week to 2.69 percent this week.

On Thursday, the bank’s Monetary Policy Committee (MPC) will announce whether it has raised the key rate from its current record low of 0.1 percent. Analysts believe the MPC is becoming more likely to hike rates to cool rising inflation.

A rate hike would hit homeowners with variable rates first, including 850,000 with tracker mortgages and 1.1 million with standard variables (SVRs).

Slightly less than three-quarters of mortgage borrowers – those involved in fixed-rate deals – are protected from rising payments until their current contract expires.

Increasing the base rate to 1 percent would represent an increase of £ 93 per month for tracker mortgages and £ 57 per month for SVRs.

Auditing firm Mazars calculated that if the base rate were raised to 0.5 percent, households would collectively pay an additional £ 1.9 billion on their mortgage costs.

UK households currently pay £ 17.5 billion annually in interest payments on floating rate debt. These payments are expected to be affected immediately by an interest rate hike.

These include adjustable rate mortgages, credit card debt, and other unsecured personal loans. Consumers will continue to see increases as fixed-rate debt pays at floating rates.

Katie Brain, consumer banking expert at Defaqto, said the era of ultra-low interest rates must end “sometime” and advised people to be careful and watch out for expensive fees.

“Sometimes any savings on the prime rate can be wiped out by expensive fees and you need to know what the cost is for the entire period you are tied for,” said Ms. Brain.

Savers can benefit from rising interest rates but may have to wait for banks to pass the change on, experts said.

Rachel Springall, a financial expert at Moneyfacts.co.uk, said money-saving interest rates had “fallen to record lows on average this year, but luckily the market is showing green signs of recovery”.

Sarah Coles, Senior Personal Finance Analyst at Hargreaves Lansdown, said, “We need to find out what we are making with our savings and if we are making next to nothing we should look for better deals from smaller and more competitive banks immediately after one Rate hike. “